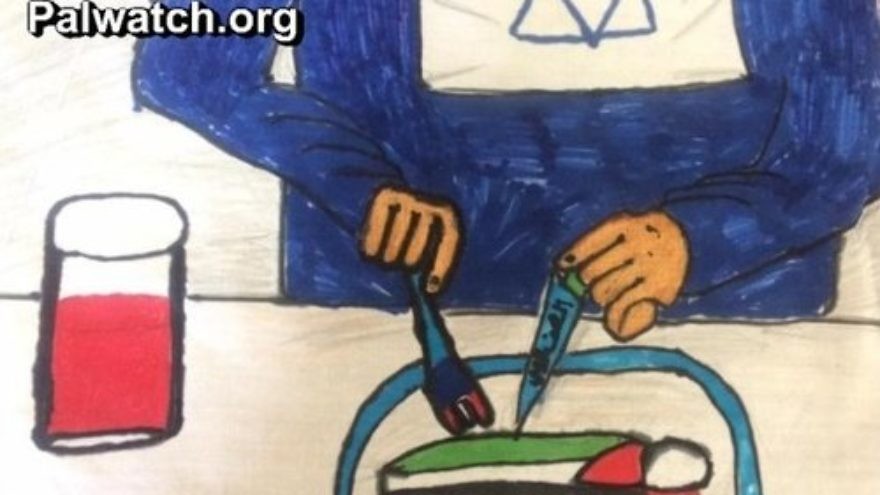 (March 9, 2017 / JNS) With recent reports indicating that the Trump administration’s planned budget cuts could extend to the State Department’s Special Envoy to Monitor and Combat Anti-Semitism, the potential nixing of the position shines a light on questions regarding the specific nature of the envoy’s work and the future utility of the position.

Pressure to salvage the envoy and its associated bureau—the Office to Monitor and Combat Anti-Semitism—is mounting from members of Congress and others familiar with the special envoy’s work. Among other duties, past envoys have met with representatives of various countries to discuss issues of anti-Semitism or other Jewish-related concerns, such as proposed European bans on Jewish ritual circumcision.

The envoy’s office “was crucial in documenting human rights abuses against Jewish communities abroad as well as developing and implementing policies designed to combat anti-Semitism,” a bipartisan group of members of Congress stated in a draft of a letter that will be sent to President Donald Trump as early as March 14, Haaretz reported.

The envoy position was created by the Global Anti-Semitism Review Act of 2004, which was initiated by the late U.S. Rep. Tom Lantos (D-Calif.), the only Holocaust survivor to ever serve in Congress, in an effort to help curb the rising tide of hate crimes against Jews.

Research from the MEMRI/Lantos Archives on Anti-Semitism and Holocaust Denial “has been used to get the television channels belonging to Hamas and Hezbollah removed from satellite TV carriers in the U.S., Europe and Asia, as well as Egyptian and Saudi channels disseminating anti-Semitic content,” according to Steven Stalinsky, MEMRI’s executive director.

Additionally, the research has led to arrests and expulsions of anti-Semitic sheikhs in Germany, Spain, Italy, Belgium and Australia. Most recently, this month, legal proceedings were initiated against a sheikh in Montreal because of his anti-Semitic sermons.

When Hannah Rosenthal, the special envoy from 2009-2012, met with Saudi Arabia’s ambassador to the U.S. at the time, Adel al-Jubeir, she gave him a book that debunks “The Protocols of the Elders of Zion,” a Russian-published anti-Semitic fabrication that is a popular book in the Arab world. In July 2011, Rosenthal explained how she used MEMRI research to confront Arab states on anti-Semitism.

“I’ve had the opportunity and the honor in this great job of mine to meet with [Arab] ministers of education, ministers of culture, of information,” she said. “And I’ve focused on the Saudi textbooks. And I got the commitments and I will take [Arab leaders] at their word right now, that the language that MEMRI exposes will be changed.”

The latest envoy, Ira Forman, traveled to Europe to deal with anti-Semitism, including in 2013, when he spoke with the Polish government about a law banning kosher slaughter and hate crimes. He also spoke with Morocco’s ambassador at large for Jewish affairs about issues such as the rehabilitation of Jewish cemeteries.

Morton Klein, president of the Zionist Organization of America (ZOA), told JNS.org that with global anti-Semitism increasing, it is important to have a special envoy “that would especially deal with Muslim anti-Semitism in America and Europe.”

“ZOA strongly supports having a special envoy on the condition that it is the right person who will emphasize Muslim anti-Semitism, which is the driving factor for the increase of anti-Semitism in Europe, in the U.S. and on college campuses,” he said.

Yet Forman has been called out for ignoring Palestinian and Muslim anti-Semitism. In an August 2016 oped for JNS.org, attorney Stephen M. Flatow—whose daughter was murdered in a 1995 Palestinian terrorist attack—questioned Forman’s failure to comment on an attempted Palestinian bombing of the Jewish holy site of Rachel’s Tomb.

“[Forman’s] task [according to the State Department website] is to combat ‘discrimination against or hatred toward Jews,’ including ‘personal and property attacks; government policies, including judicial/prosecutorial decisions and educational programs on the issue; and press and mass media reports,’” Flatow wrote. “Well, I would say that throwing a bomb at a synagogue—whether in Brooklyn or Bethlehem—constitutes a ‘personal and property attack’ and is evidence of ‘hatred toward Jews.’…Doesn’t the anti-Semitism envoy get that?”

Flatow also called attention to the State Department’s annual report on global human rights, given that the special envoy’s duties include drafting the sections on anti-Semitism that appear in that report. The 2015 report mentioned the presence of “media commentary longing for a world without Israel and glorifying terror attacks on Israelis,” but did not identify official Palestinian Authority (PA) media outlets as the source.

Forman is a Democratic Party activist, leading Flatow to argue that he “tread so lightly on the PA’s anti-Semitism” because “if he told the truth, the Obama administration would come under strong pressure” to cut U.S. aid to the PA.

Asked about criticism of the envoy, MEMRI’s Stalinsky acknowledged that the annual reports on Human Rights Practices and International Religious Freedom by the Bureau of Democracy, Human Rights and Labor were not always thorough and could have used more examples of anti-Semitism than they had included.

The anti-Semitism envoy’s office would submit information to be included in the annual reports, according to the State Department website. But Stalinsky maintained that the envoy and the office “are more necessary than ever.”

“Under the Trump administration, there is a real opportunity for the office and position to be revitalized, and to really take off the gloves in challenging anti-Semitism much more directly,” Stalinsky told JNS.org.

Keeping the office and the envoy, he added, “will also reassure the Jewish community of the president’s commitment to fighting anti-Semitism.”