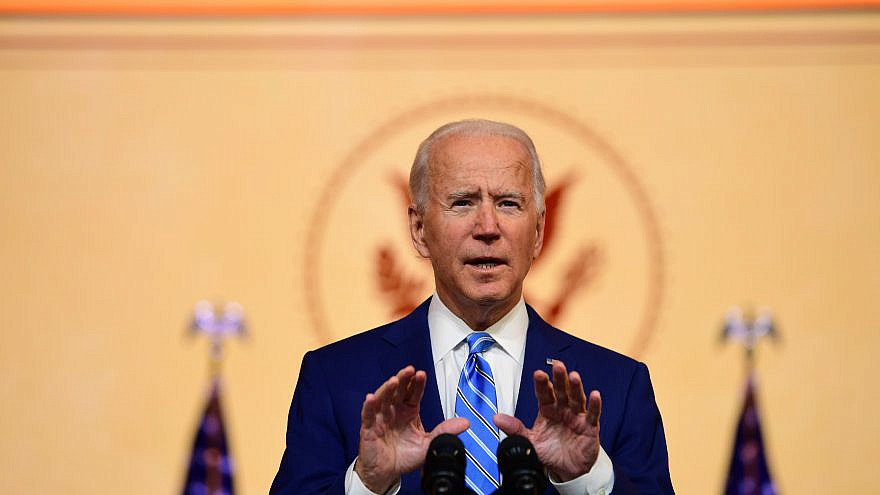 (February 5, 2021 / JNS) Iranian diplomat Assadollah Assadi was sentenced to 20 years in prison this week for planning a bomb attack in Paris. His sentencing comes at a time when Europeans and the new U.S. administration are intent on revisiting the 2015 Iran nuclear deal.

On Thursday, European Union foreign-policy chief Josep Borrell said that there needs to be a shift from former U.S. President Donald Trump’s “maximum pressure” campaign on Iran to a “maximum diplomacy” one.

“U.S. withdrawal from the JCPOA and ‘maximum pressure’ policy, including secondary sanctions, had a negative impact,” said Borrel. “The JCPOA could not reach its full potential, including in the economic field.”

Victoria Coates, a senior fellow at the Center for Security Policy and former deputy national security adviser for Middle Eastern and North African Affairs, told JNS she believes there is a “disconnect” in the halls of European and the U.S. governments.

“They think they can have some kind of diplomatic relationship with this terrorist rogue regime,” she said. “It’s completely divorced from reality. I hope they accept reality before we have a more violent and disruptive wake-up call.”

The Biden administration has been moving forward on getting started on revamping U.S. foreign policy, especially in the Middle East.

The day before, U.S. National Security Advisor Jake Sullivan announced that the Biden administration is ceasing all support for the Saudi-led offensive against the Iran-backed Houthi rebels in Yemen. While this may be seen favorably by Iran, the Biden administration and Democrats have long been critical of the Saudis conduct in Yemen, which human-rights groups have accused of engaging in war crimes.

Nevertheless, Iran’s support for the Houthis is part of its larger regional strategy of backing terror groups that have only inflamed conflicts around the Middle East from Syria, Lebanon and Iraq to Gaza.

Coates noted the “disconnect from reality” in the Biden administration, with Vice President Kamala Harris and U.S. Secretary of State Tony Blinken talking about removing the Houthis from the Foreign Terrorist Organization list. The Trump administration designated the Iranian-backed militia in the final days in office.

Len Khodorkovsky, a former deputy assistant secretary of state for digital strategy and senior adviser to the U.S. special representative for Iran, told JNS there is “good reason” to view the Biden administration officials who have worked in the Middle East with suspicion because “their track record has been disastrous.”

Indeed, Robert Malley, U.S. President Joe Biden’s new Iran envoy, and U.S. Deputy Secretary of State Wendy Sherman were both heavily involved in the 2015 nuclear deal, and their return to positions of influence have raised concerns among experts that they will once again seek to mollify Iran at any cost.

Khodorkovsky noted that “it’s not 2015 anymore,” and a lot has changed since then.

“We can’t just put the genie back in the bottle,” he said, referring to how the Middle East has evolved over the last four years. “The good news is that the die has been cast in terms of the Abraham Accords. There will be forward momentum in the right direction.”

He continued, saying “the alliance today against Iran is stronger than it was before the Trump administration,” though acknowledged that it’s “too soon to tell what else will need to happen to keep Iran boxed in and prevent it from metastasizing across the region and preventing it from obtaining nuclear weapons.”

At this moment, the Biden administration has said that Iran must return to full compliance with the 2015 nuclear deal before returning to or initiating negotiations. Furthermore, Blinken has stated that the United States would consult with regional allies, such as Israel and Arab nations, before any decisions are made regarding Iran. According to recent reports, Blinken wants an Iran team with a range of views on the nuclear deal, including some with more hawkish views.

Indeed, the Abraham Accords could prove a template for future peace with Iran.

In a recent op-ed, Coates and Khodorkovsky argued that peace between Iran and Israel can be found in the not-too-distant future.

“One of the things that became clear fairly early on is the great chasm between what the regime does and how it feels towards Israel, the U.S. and the West in general, and how the people in Iran feel towards the U.S. and Israel,” said Khodorkovsky. “The difference could not be more striking.”

“One of the pillars of our policy was to accentuate the connection to the Iranian people and bypass the Iranian regime altogether,” he said. “The idea that a future peace is possible between the peoples of Iran and Israel is not that far-fetched.”

“There is a connection to [ancient Persian ruler] Cyrus the Great that the Iranian and Jewish people have,” he added. “That is a good historical common ground for countries, cultures and people to rally around and try to rekindle.”

Iran and Israel were regional allies prior to the 1979 Islamic Revolution. Under Shah Mohammad Reza Pahlavi, Iran was one of America’s and Israel’s closest partners as many Arab states, such as Egypt and Syria, at the time were closely aligned with the Soviet Union and fought a series of wars with Israel.

Khodorkovsky quipped the peace deal could be called the “Cyrus Accords” on the heels of the Abraham Accords signed with the United Arab Emirates, Bahrain, Morocco and Sudan.

“The day will come when this regime is no longer in power,” he said, referring to Iran’s rulers. “That day may come sooner than we think.”

Coates said the previous administration “initiated a fundamental shift” in terms of seeing Israel as “the key positive in the U.S. engagement with the Middle East, rather than an irritant.”

That’s what changed the game,” she said. “And it changed it in terms of our Arab allies because it clarified for them what our position was. That’s what created an opportunity to reach the Abraham Accords.”

Coates warned that the Biden administration would be foolish to try and resort to older, disproven Mideast policies that have gripped Washington for far too long.

“You can’t turn the clock back,” she stated. “The Arabs have moved on. They aren’t giving the Palestinians a veto over their policy towards the region. If we try to force the Arabs to try to prioritize the Palestinian issue over their economic recovery from the pandemic, for example, we aren’t going to get very far.”

According to Coates, senior Biden administration officials “are paying lip service to being supportive of the Abraham Accords, but their actions have been anything but.”

With regard to the Palestinian issue, she said they are “paying lip service to the idea of peace, but at the same time their actions are undermining it.”

Their approach is “divorced from reality.”

With regard to Iran, Coates noted that Biden administration officials “see the current situation in Iran as inevitable—that we have to accommodate the regime because that is all we are going to get.”

And that, she said, “should be deeply concerning to all of us.”