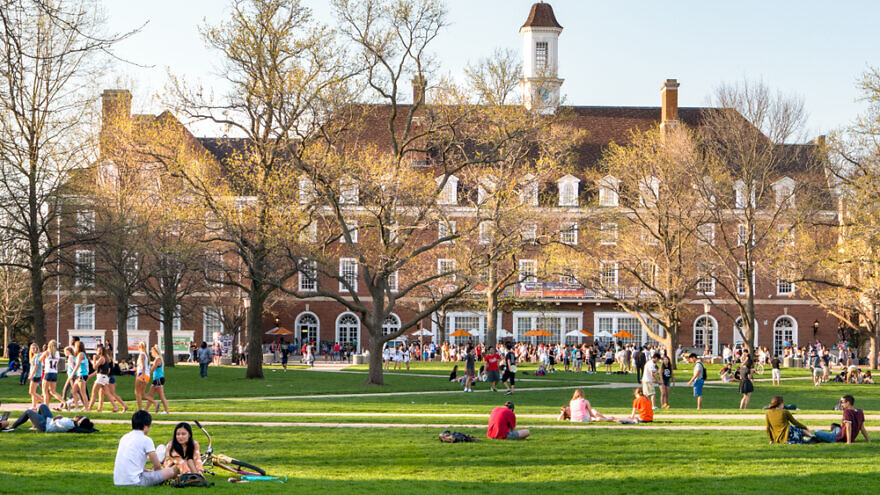 (April 21, 2022 / JNS) The Anti-Defamation League Midwest has denounced a march by members of Students for Justice in Palestine at the University of Illinois at Champaign-Urbana that occurred on one of the intermediary days of Passover and stopped in front of the Cohen Center for Jewish Life, which houses the Hillel on campus.

According to a local media report, SJP said its march on Monday was to speak out against violence at the Al-Aqsa mosque on the Temple Mount in Jerusalem. Palestinians have been throwing rocks and inciting violence from the holy site in recent days, leading Israel Police to take action, including entering the mosque compound to quell disturbances.

“Our students come here specifically to gather kosher-for-Passover meals,” Illini Hillel director Erez Cohen told WCIA News in Illinois. “They don’t really have anywhere else to go on campus and to be cornered in a way they need to pass through a crowd of shouting people to receive their religious needs is pretty awkward and unnecessary.”

In a tweet, ADL Midwest wrote: “SJP’s targeting of a Jewish institution at the University of Illinois to protest Israel policies is anti-Semitism. We are horrified that it occurred during a Passover celebration, and reports are an object was thrown at Hillel, crossing the line from protest to violence.”

The ADL went on to ask that local law enforcement and school officials launch a “full investigation and that those responsible for the act of violence be held accountable.”