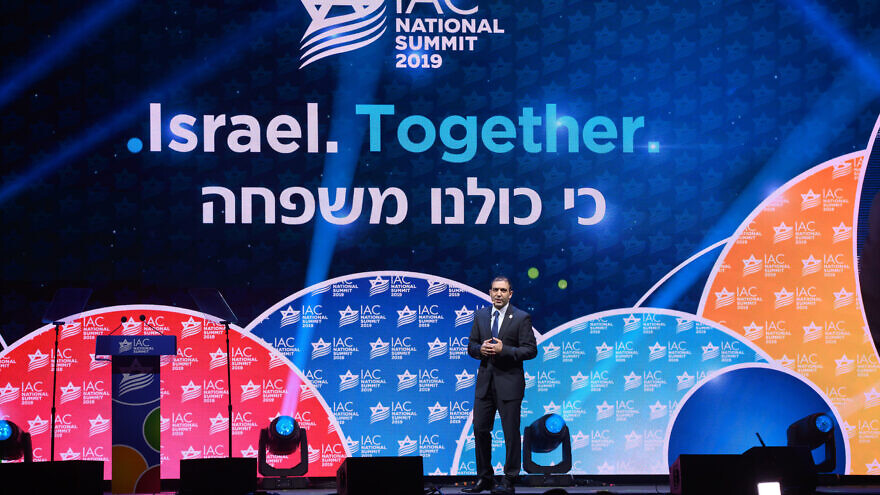 (November 3, 2021 / JNS) After a year hiatus due to the coronavirus pandemic, the Israeli-American Council (IAC) is looking forward to holding an in-person summit this December.

IAC CEO Shoham Nicolet said it was more important than ever for people to show their support for Israel and denounce rising anti-Semitism in the United States and around the world.

“The feeling was that it’s not a luxury to have the summit, but really essential,” he said. “Because for us to really support Israel, to really show our united voice against anti-Semitism, you need to bring people together.”

The three-day IAC National Summit will be held from Dec. 9-12 at the Diplomat Beach Resort in Hollywood, Fla. According to early registration numbers, it is expected to draw more than 3,000 Israeli and Jewish Americans who will hear from speakers in a variety of fields, including politicians, journalists, academics, organizational leaders, military personnel and celebrities while trying to recreate what Nicolet called an “Israeli energy.”

“We’re attempting to create a sense of Israeli spirit and energy, just like when you fly to Israel,” he said. “It’s like bringing Israel to the backyard here in America.”

In light of safety precautions, attendees will receive mandatory rapid COVID-19 testing to attend the summit, and N-95 masks will be provided for indoor activities. Meals will be held outside, weather-permitting, and plenary sessions will be broadcast on large outdoor screens.

Kabbalat Shabbat services and a Shabbat dinner will be offered on Friday night.

A special award presentation will be made to the head of the Israeli Defense Forces’ delegation that assisted in the condominium collapse this summer in Surfside, Fla. There will also be a tribute in memory of the late supporter, Sheldon Adelson, who died in January.

Plenary sessions will run daily with at least two nights of after-parties with live entertainment, including a performance by the world-music group the Idan Raichel Project on the last day of the conference.

“It’s really a feeling of togetherness,” Nicolet said of the mingling to happen during the weekend. “You see there students with the journalist, with diplomats, with philanthropists—everyone is together in the same area, people just standing and talking until 12 a.m.”

While many organizations canceled live gatherings for another year, IAC decided to go ahead with its event because of the seriousness of the times.

“I think people are eager to meet each other, to see each other, to experience this togetherness in the summit,” said Nicolet. “I think that there was a sense of loneliness especially in our community … you have anti-Semitic attacks and very strong anti-Israel sentiment that used to be in the margins and now became really centric; it became mainstream.

“Every other day, we get another incident that we need to deal with,” he said. “I think that that pushes people even more to see each other and to be there.”