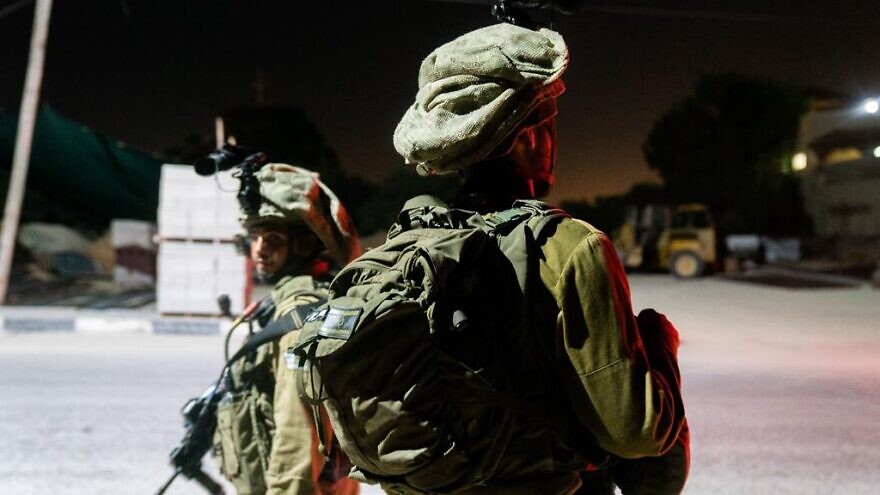 (November 21, 2022 / JNS) The Israel Defense Forces suspects that Palestinian terrorists attempted to blow up a car bomb at a military position near Mevo Dotan in northwestern Samaria.

The incident took place on Sunday when a vehicle caught fire some 500 meters from an IDF security tower used to defend the sector.

An initial investigation found that three gas canisters, explosives and a wire had been placed in the vehicle, raising suspicions that a remote-controlled car bomb attack was planned.

Soldiers in the area said the driver exited the car it as it drove downhill towards the IDF tower. The army suspects he was trying to detonate a car bomb as it approached the tower, targeting soldiers.

A flag bearing the logo of the Popular Front for the Liberation of Palestine terror group was found near the car,  reinforcing suspicions.