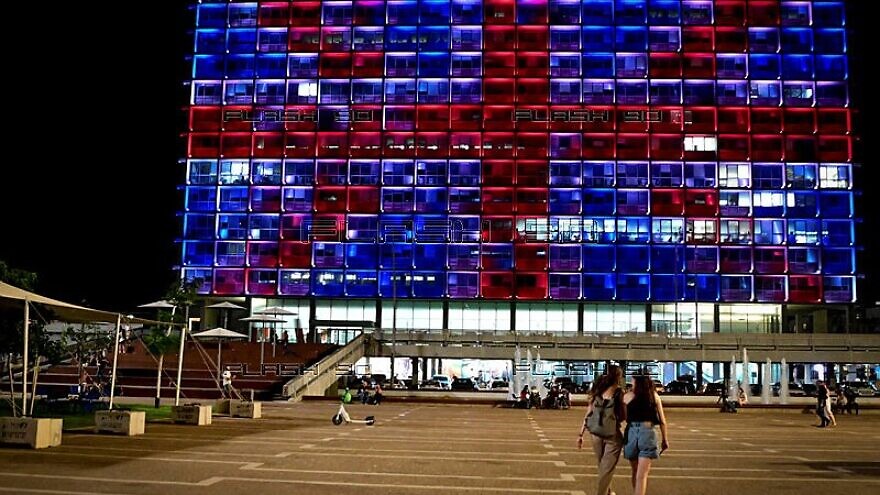 The Tel Aviv municipality on Rabin Square is lit up with the flag of the United Kingdom following the death of Queen Elizabeth II on Sept. 8, 2022. Photo by Avshalom Sassoni/Flash90.
Spread the word.
Help JNS grow!
Share now:

(September 8, 2022 / JNS) Tel Aviv honored the passing of Queen Elizabeth II on Thursday by lighting up City Hall with the Union Jack.

Tel Aviv Mayor Ron Huldai expressed his condolences for the passing of the Queen on Twitter with a photo of the lit-up city hall.

“Great sorrow fell on Britain with the passing of Queen Elizabeth II, one of the most important and influential leaders the world has ever known,” he tweeted. “Tonight, we all share in the sorrow of the United Kingdom.”

Israeli Prime Minister Yair Lapid took to Twitter to express condolences upon the death of Queen Elizabeth II, calling her “an extraordinary figure, a unique leader who symbolized devotion and love for her homeland.”

“On behalf of the people of Israel, I mourn her passing and participate in the heavy mourning of the grieving British people and the British League of Nations, who lost the mother of the nation. She was a historical figure—lived the history, created history, and left a glorious and inspiring legacy,” he wrote on Twitter, extending his condolences to the new King Charles III and the royal family.

The Queen died on Thursday at the age of 96 as the longest reigning monarch in British history. She was surrounded by the royal family, including her children at Balmoral Castle in Scotland. 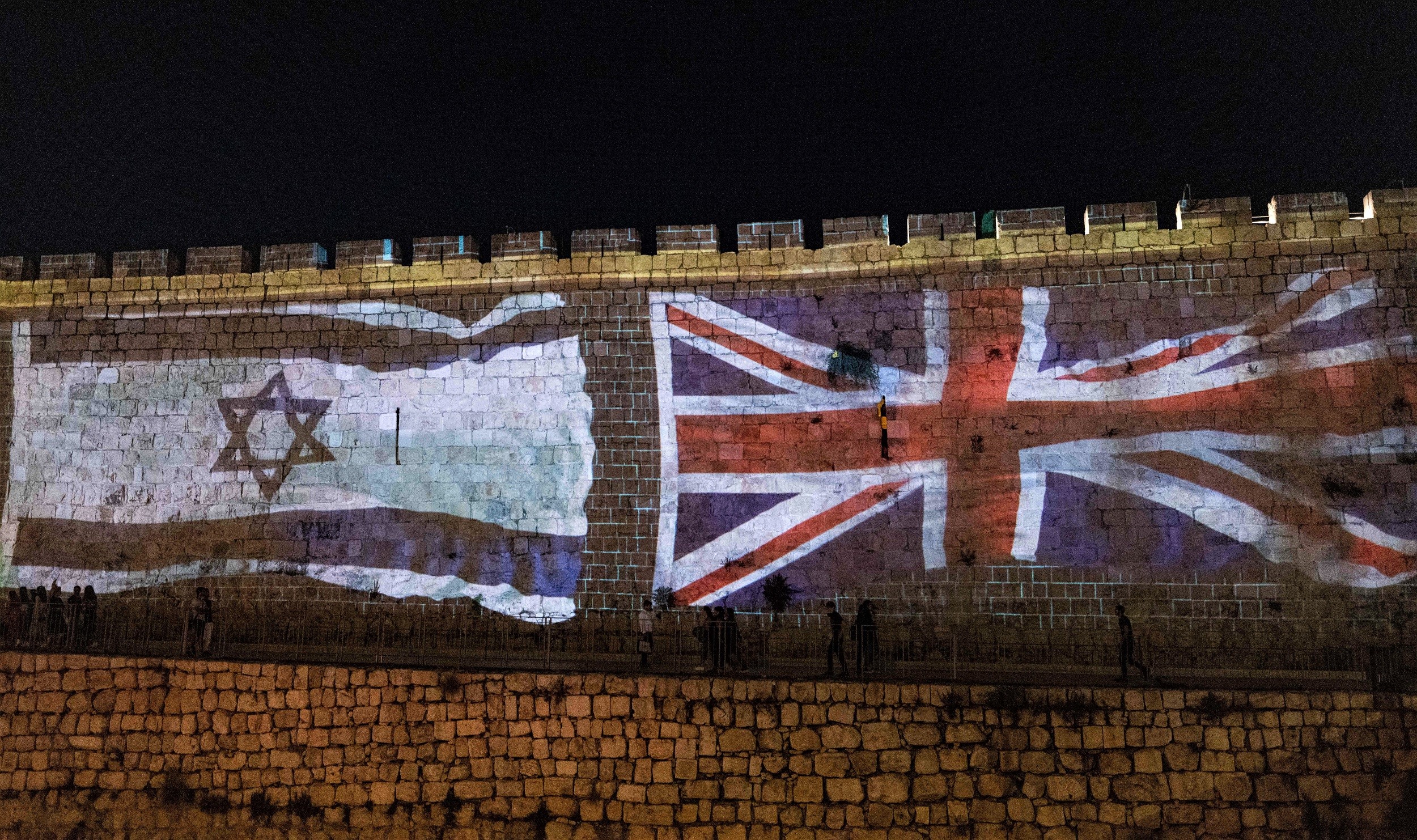 The British and Israeli flags are screened on the walls of Jerusalem’s Old City following the death of Queen Elizabeth II on Sept. 8, 2022. Photo by Yonatan Sindel/Flash90.
Republish this article in your newspaper or website