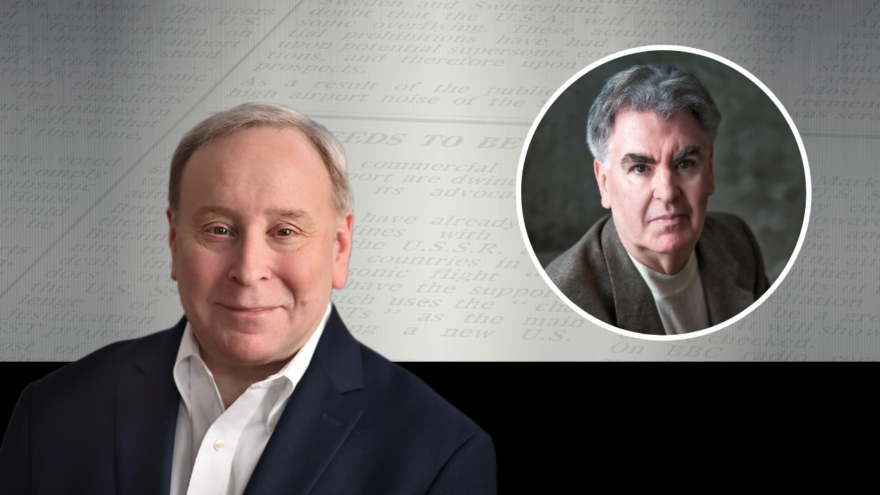 (November 23, 2022 / JNS) Should we be concerned about global elites promoting a “Great Reset” in the wake of the coronavirus pandemic that would involve major societal and economic changes in the way we live? And how is this connected to the effort to censor public discourse on the internet by Big Tech oligarchs and their political and corporate media allies? In the newest episode of “Top Story,” JNS editor-in-chief Jonathan Tobin suggests that these questions transcend those about the outcomes of elections. In particular, Tobin is interested in how the efforts of the World Economic Forum—the convener of the influential annual conference in Davos, Switzerland—is helping to shape the debate on crucial issues.

To discuss this, Tobin is joined by critic, historian and novelist Michael Walsh, the editor of the new book “Against the Great Reset: 18 Theses Contra the New World Order.”

Walsh says that rather than considering it a conspiracy theory, we should take the World Economic Forum Chairman Klaus Schwab at his word when he says and writes about an effort to reshape society, especially in the aftermath of the pandemic that he calls “The Great Reset.”

A movement inspired by socialism

Walsh says that this movement is inspired by socialism and seeks to strip people of their freedom and property, as well as restrict their choices about diet or travel in order to pursue woke ideological goals about racism, prevent global warming or in response to public health emergencies. He calls those who advocate for these changes, of which the “Green New Deal” proposed by Rep. Alexandria Ocasio-Cortez (D-N.Y.) is just an offshoot, “malevolent do-gooders.” Walsh notes that people are being told all these massive disruptions to their lifestyles and liberties are for their own good. But, as we saw with the pandemic, once freedoms are surrendered, recovering them is very difficult. What the “Great Reset” demands is that we give up our houses, cars and meat and like it.

The impact of these toxic woke ideologies goes beyond politics and even impacts entertainment and the arts. Walsh notes that these top-down efforts to force content to conform to politically correct notions or to define drama or humor or music in ways that are dictated by politics are antithetical to art as well as freedom.

Walsh and Tobin also agree that while some on the left falsely label the pushback against the Davos set’s agenda as antisemitic, it is, in fact, the woke and the globalists behind the “Great Reset” that are enabling Jew-hatred and the demonization of Israel.