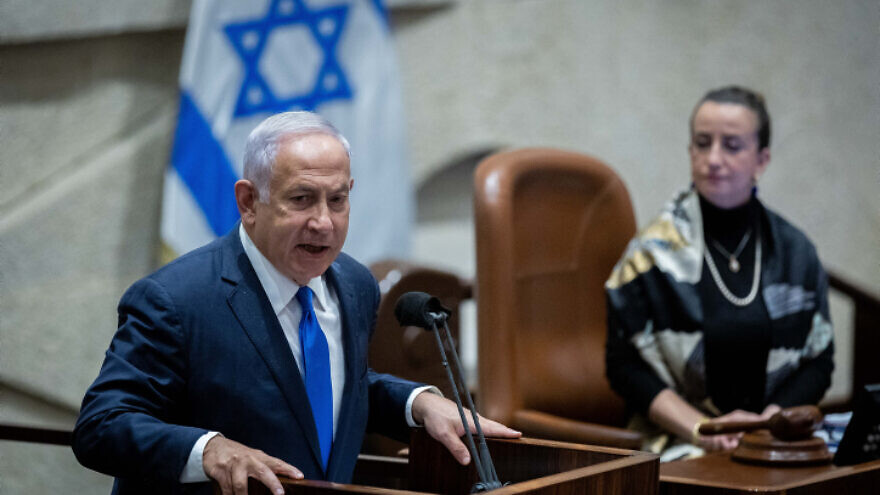 Speaking during a Likud faction meeting, Netanyahu said that “the Bennett-Gantz-Lapid government shows only weakness, weakness and more weakness. They have capitulated to the U.S. administration … agreeing to a policy of zero surprises—meaning that Israel will not act against the Iranian nuclear program without first coordinating it with the Americans, who will undoubtedly oppose such action and may even jeopardize things by leaking [the information].”

Israeli Prime Minister Naftali Bennett, Foreign Minister Yair Lapid and Defense Minister Benny Gantz “are doing nothing against the dangerous deal currently being formed in Vienna. This should be the government’s priority right now—vehemently opposing this dangerous deal,” said Netanyahu.

Moreover, he said, Israel’s silence makes it harder for “our friends in the United States” to oppose the deal.

“If they don’t see or hear Israel oppose it, why should they? Why should they try to repeal it later on? It was our persistent objection that helped the U.S. exit the previous agreement. The government’s silence undermines the legitimization for any future Israeli action against Iran’s nuclear facilities,” he said.

Bennett, Lapid and Gantz should be focusing on Iran, not Ukraine, said Netanyahu, but are not doing so because “they are simply not ready to confront even our allies.”