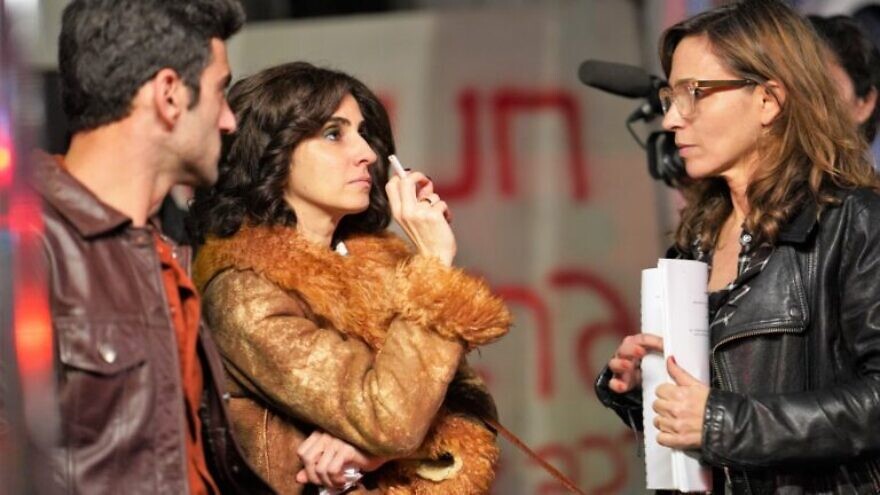 (July 18, 2022 / Israel21c) The Jerusalem Film Festival (JFF) starts on July 21 and runs until the end of the month at the Jerusalem Cinematheque and environs.

An international festival since its inception on May 17, 1984, inaugurated by the Jerusalem Cinematheque’s first director, Lia van Leer (1924-2015), the JFF not only screens the best of world cinema but also is the showcase for emerging Israeli filmmakers.

Van Leer and her husband—producer and playwright Wim van Leer—began screening films at their Haifa home in 1955. Those gatherings grew to become the Haifa Cinematheque, and in 1974 the couple founded the Jerusalem Cinematheque.

Lia van Leer and Moreau were judges at European film festivals in 1983—Moreau was head of the jury at the 33rd Berlin International Film Festival that year, and Van Leer was on the jury at Cannes.

This year, for the festival’s thirty-ninth anniversary, two-time Cannes Film Festival Palme d’Or award-winning director Ruben Östlund is the guest of honor. His latest film, “Triangle of Sadness,” will receive its Middle Eastern premiere at the opening ceremony in Sultan’s Pool, below the walls of the Old City. A retrospective of his works will be screened throughout the festival.

The aptly named International Competition is JFF’s most prestigious international competition for feature films. Other international competitions include Firstborn, aimed at the next generation of filmmakers; In the Spirit of Freedom, for films about striving for freedom and justice; the Chantal Akerman Prize, for those that deal with an event or true story through innovation; Masters, for new films by established directors; and Art at the Junction, a framework for experimental cinema in collaboration with the Mamuta Art and Media Center.

Nominees for the locally coveted Haggiag (previously Wolgin) Competition for Israeli feature films this year are Jake Paltrow’s “June 0” about the days leading up to the Eichman execution, and Zohar Wagner’s “Savoy,” about a housewife who was taken hostage in a 1975 attack on a Tel Aviv hotel.

One entry in this year’s Diamond Competition for Israeli documentary films is “The Partisan with the Leica Camera,” directed by Ruth Walk, about a man who joined the Polish partisans to fight the Nazis and was able to visually document their lives in the forests.

Pitch Point, a platform for the presentation of Israeli feature films in development, enables local newcomers to present their projects to members of the international film industry. This opportunity, supported by the Jerusalem Film & Television Fund at the Jerusalem Development Authority, expands their access to resources and financing, and promotes co-productions and collaborations.