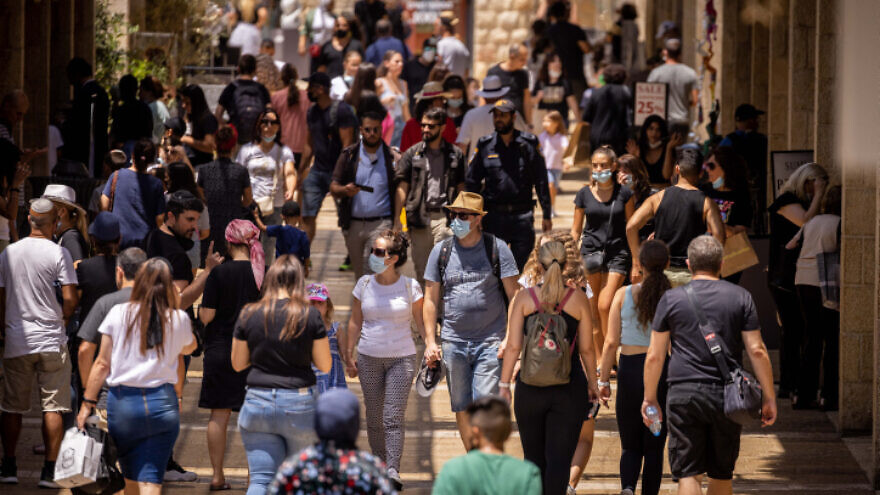 A breakdown of the population according to ethnicities shows that 7,069,000, or roughly 74%, are Jews, some 2 million (roughly 21%) are Arabs and about half a million residents (some 5%) have a different ethnic background.

The war in Ukraine has impacted Israel’s overall immigration figures significantly. Net immigration for the past 12 months stands at 63,000, including 59,000 who qualify as olim, with about 40,000 of those making aliya from Ukraine.

On the eve of the Jewish new year, the number of Jews worldwide stands at approximately 15.3 million compared to 15.2 million in the previous year, according to newly released statistics from The Jewish Agency for Israel.

According to the Jewish Agency, approximately 8.25 million Jews live outside Israel (including approximately 6 million in the United States). Updated estimates, by professor Sergio Della Pergola of the Hebrew University of Jerusalem, are to be published in the American Jewish Year Book 2022.

If those eligible for Israeli citizenship under the Law of Return are included, the global total rises to 25.5 million people, of which some 7.5 million are in Israel and 18 million outside of it, according to the Agency.