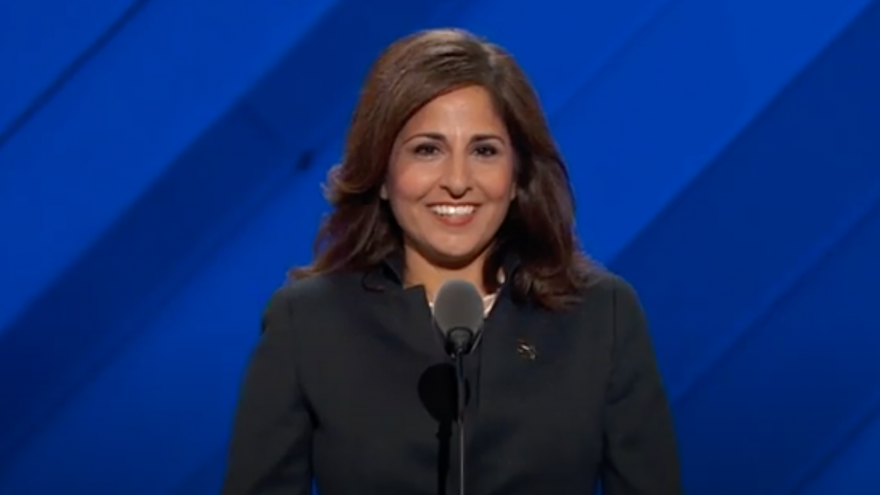 (January 25, 2021 / JNS) U.S. President Joe Biden’s choice to lead the Office of Management and Budget (OMB) called the U.S. recognition of Israel’s sovereignty over the Golan Heights in March 2019 as “a blatant political move” to benefit Israeli Prime Minister Benjamin Netanyahu ahead of the Israeli elections later that month.

In a statement, Neera Tanden, the president and CEO of the left-wing public policy and advocacy group Center for American Progress, called the “unilateral decision” by U.S. President Donald Trump “a blatant political move to boost the chances of Israeli Prime Minister Benjamin Netanyahu ahead of Israeli elections and earn political points here at home.”

“Unfortunately, it could actually destabilize the region, isolate the United States and diminish the chances of Arab-Israeli peace even further,” she continued. “Yet again, President Trump is conducting policy by tweet without explaining how this move fits into a broader strategy, consulting with allies and partners, or even briefing the U.S. Congress.”

The OMB is the largest office within the Executive Office of the President, which oversees the performance of federal agencies and administers the federal budget.

Tanden also accused Trump of having “expanded his political stunts by tweeting that the Democratic Party is anti-Israel and anti-Jewish. That is not only absurd and divisive but also a dangerous game that tries to use the American Jewish community as a pawn and treats anti-Semitism as a political weapon. This is a foreign policy out of control.”

Despite Tanden’s critical statement, under her leadership, the Center for American Progress hosted Netanyahu in November 2015 to the consternation of far-left groups.