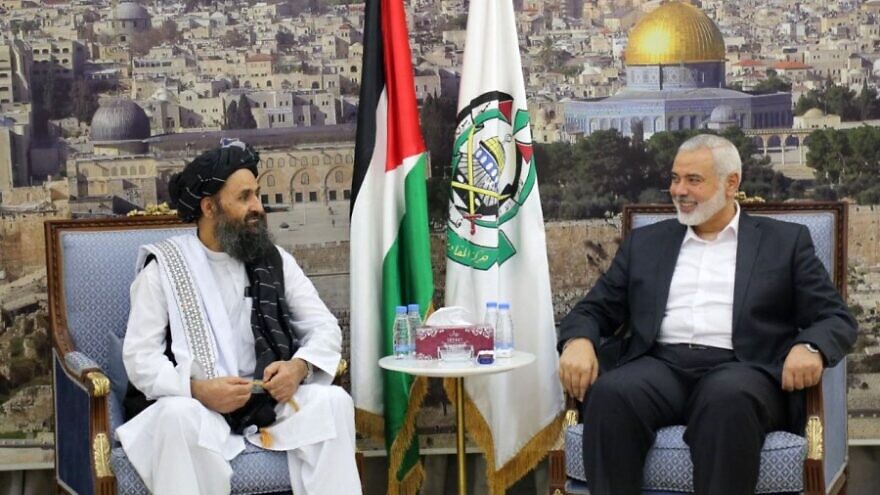 (January 13, 2022 / JNS) Eight senior Hamas and Palestinian Islamic Jihad members with prominent public standing have apparently left the Gaza Strip in the past year and not returned, Ynet reported on Thursday.

“They are the top leadership of Hamas and Palestinian Islamic Jihad in the Gaza Strip—those who lead the armed resistance to Israel, whose words can rile up the enclave’s populace into a war fervor, despite the difficult conditions. But at the end of the day, actions speak louder than words, and right under everyone’s nose, several of these top officials booked it out of Gaza and have not returned since,” the report stated.

“The group consists of eight figures with prominent media presence, all of which hold great sway within their respective organizations,” it said, adding that all left “the decrepit and crowded streets of Gaza for safer locations around the globe, with some living in luxury and pampered by their hosts.”

The first to go was Hamas political bureau head Ismail Haniyeh, who left the Al-Sahti Refugee Camp for “the extravagant hotels in Doha, the capital of Qatar,” the report stated.

Haniyeh justified his departure through the candidacy for the leadership of Hamas, but the election ended a few months ago.

In addition, according to the report, “Haniyeh pressured Egyptian authorities to allow his wife and children to leave the Strip through the Rafah [border] crossing, and they are currently living with him in opulence in Qatar.”

In related news, Haniyeh met with Iranian Foreign Minister Hossein Amir-Abdollahian on Tuesday, according to a report published in Iran’s Mehr News Agency, where he called for a united front of Islamic, Arab and other countries against Israel.