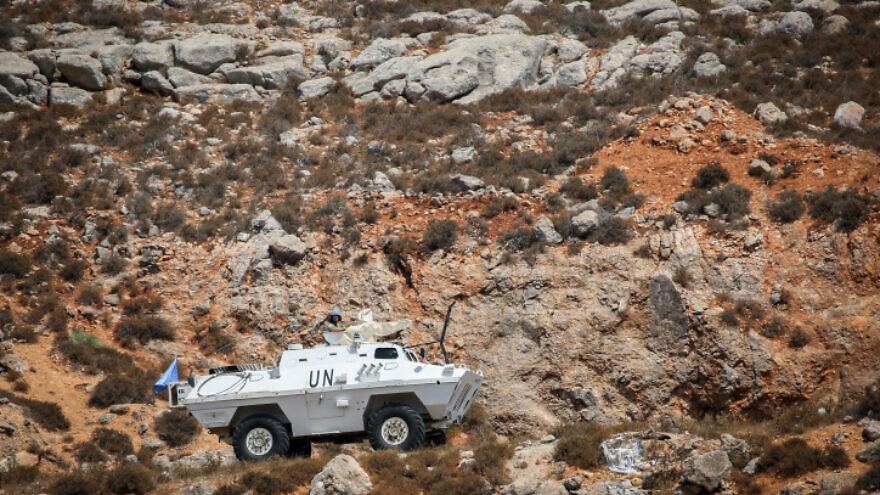 (September 1, 2022 / JNS) The U.N. Security Council on Wednesday renewed the mandate of the U.N. peacekeeping force in Southern Lebanon for one year.

The peacekeeping force UNIFIL was established in 1978 to confirm Israel’s withdrawal from Lebanon following a military incursion. After the 2006 summer war between Hezbollah and Israel, UNIFIL’s mandate was expanded to monitor the cessation of hostilities.

In his report to the Council on Wednesday, U.N. Secretary-General António Guterres noted that while the “underlying drivers of the conflict have not dramatically changed since 2006, UNIFIL does face new challenges in the conduct of its operations,” including restrictions on its freedom of movement.

The Security Council resolution condemned “in the strongest terms all attempts to restrict the freedom of movement of UNIFIL’s personnel, all acts of harassment and intimidation and all attacks against peacekeepers.”

Although Security Council members are generally supportive of UNIFIL, negotiations for this year’s renewal proved difficult, with at least five draft texts circulated.

According to sources, the United Arab Emirates and the United Kingdom demanded the inclusion of language that explicitly cited Hezbollah activities, but the language was not adopted.

UAE Ambassador to the United Nations Lana Nusseibeh told the council that the maintenance of weapons by non-state groups has “demonstrably been a grave threat to Lebanon’s sovereignty, security and stability,” as well as to the region.

Another key point of contention in the earlier phases of the negotiations was whether and how to include language on UNIFIL’s continued support for the Lebanese Armed Forces. This provision was introduced last year because of concerns about the impact of Lebanon’s socioeconomic crisis on the LAF’s ability to carry out its functions in UNIFIL’s area of operations.

The support was extended for a further six months with Wednesday’s unanimous renewal vote.

Guterres wrote that since Lebanon is facing a deep economic crisis, all state institutions “are overstretched by the financial conditions.” This means the Lebanese army and other security forces are “especially critical for the country’s stability and require renewed political and material support.”

The final resolution stressed that “the risk that violations of the cessation of hostilities could lead to a new conflict that none of the parties or the region can afford.”

Tensions between Israel and Lebanon over disputed natural gas fields in the Mediterranean Sea and progress in U.S.-brokered negotiations between the two countries on maritime borders have analysts concerned that Hezbollah may take action to sabotage the talks.

In July, the IDF said it downed three unarmed Hezbollah drones launched at the Karish gas rig. On Monday, Israeli Defense Minister Benny Gantz warned Hezbollah that any attack on Israeli gas fields could lead to war. The warning followed the terror group’s threat to “sever” Israel’s hands if it extracts gas from the site.