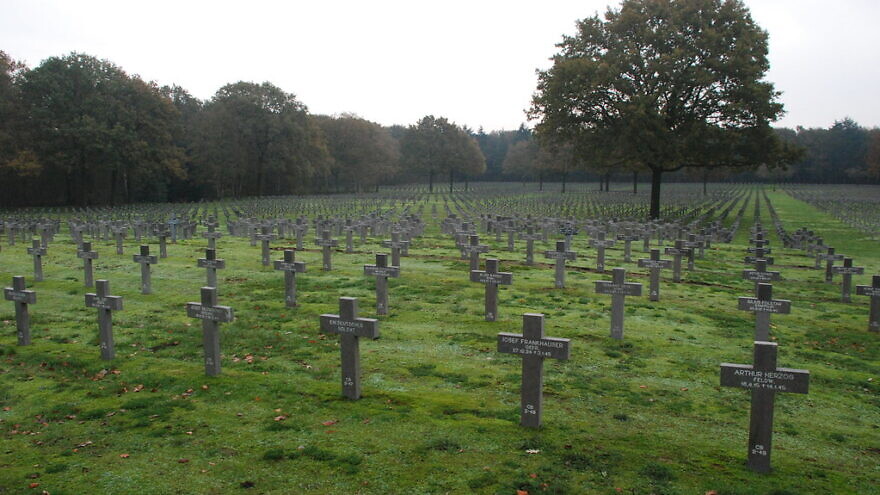 “Walked among the graves at Ysselsteyn, a cemetery for German soldiers from WWI & WWII. A terrible reminder of the cost of going to war and why we must always work towards peace,” he tweeted.

Buried at the cemetery are many members of the Waffen-SS, a military branch of the Nazi Party that killed Jews during the Holocaust.

It is unknown whether or not Hoekstra knew about the Nazi graves at the cemetery.

Walked among the graves at Ysselsteyn, a cemetery for German soldiers from WWI & WWII. A terrible reminder of the cost of going to war and why we must always work towards peace. pic.twitter.com/K1YDfRaAQd

A U.S. State Department spokesperson told JNS on Monday that “Ambassador Hoekstra and his team at the U.S. embassy have made it their priority to honor and remember those who liberated the Netherlands from Nazi occupation 75 years ago,” and that he “visited the German Military Cemetery in Ysselsteyn to see another of the many historical sites related to the liberation.”

The spokesperson added that “Hoekstra is not the first U.S. official to visit the cemetery and no new precedent was set by his visit. Officials from Canada, France, Israel, Poland, U.K., the Netherlands and the United States have all participated in formal events at the cemetery.”

Before becoming Washington’s ambassador to Amsterdam in January 2018, Hoekstra, who was born in Holland, served in Congress, representing Michigan’s 2nd Congressional District. He ran unsuccessfully for the U.S. Senate and governor of Michigan in 2010 and 2012, respectively.