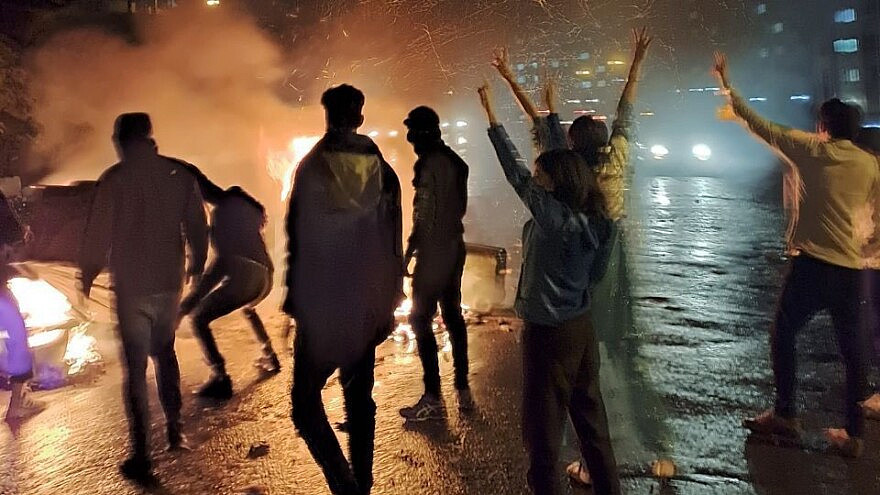 The U.S. Treasury Department has placed sanctions on a state-run Iranian media corporation for forcing confessions from Iranians detained by the Islamic Republic.

The department is sanctioning the Islamic Republic of Iran Broadcasting (IRIB) group and six individuals associated with it, for its involvement in the Iranian government’s censorship activities.

The organization, which has a monopoly on television and radio broadcasts in Iran, forced and broadcast hundreds of confessions from Iranians, dual national and foreign detainees, including recently broadcasting televised interviews of persons forced to confess that their relatives were not killed by Iranian authorities during the nationwide protests, instead saying that their cause of death was unrelated and accidental, the Treasury said in a statement.

IRIB regularly broadcast false and baseless accusations and misinformation, while working directly with Iran’s Ministry of Intelligence and Security and the Islamic Revolutionary Guard Corps to obtain and disseminate forced confessions.

“The Iranian government’s systemic reliance on forced confessions illustrates the government’s refusal to speak truth to its citizens and the international community,” said Under Secretary of the Treasury for Terrorism and Financial Intelligence Brian Nelson in a statement. “The United States remains committed to supporting the Iranian people as they continue their peaceful protests.”

Secretary of State Antony Blinken also issued a statement on Wednesday, saying that the United States is committed to supporting the Iranian people who are protesting against the regime nationwide.

“IRIB acts not as an objective media outlet but rather as a key tool in the Iranian government’s mass suppression and censorship campaign against its own people. IRIB has broadcasted forced confessions of Iranian, dual national, and foreign national detainees in Iran in attempts to distort facts and spread disinformation about the ongoing protests in Iran,” Blinken said.

Nelson added: “We will continue to hold Iranian officials and government institutions to account for their human rights violations and mass suppression of the Iranian people.”