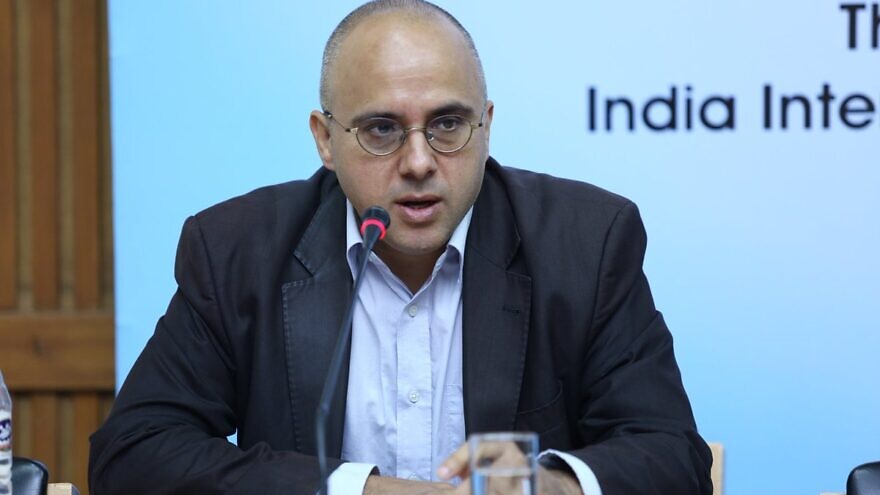 (October 9, 2020 / JNS) The United States has lifted the entry ban it had placed on Jonathan Spyer, announced the Israeli-British journalist on social media.

“Expiration Date: 2030. Thanks and love to all those who helped,” in a Facebook post featuring a picture of his new visa.

He posted a similar picture and caption on Twitter.

In a Sept. 29 opinion piece in The Wall Street Journal, Speyer wrote that he is “banned for life from entering America.”

Spyer received a document from the U.S. Consulate in Jerusalem in 2019, in which the State Department informed him of its decision based on a provision of the Immigration and Nationality Act that “prohibits issuance of a visa to a person who at any time engaged in terrorist activities or was associated with a terrorist organization.”

“This is a permanent ineligibility,” it added.

Spyer, director of the Middle East Center for Reporting and Analysis, and a research fellow at the Middle East Forum, had tried unsuccessfully to have the ban overturned.

He wrote that he had never been charged with a terrorism-related crime. He did note that his two decades spent as a journalist covering the Middle East has led him to meet with members of various organizations involved with terrorism, such as Hamas and Kata’ib Hezbollah in Iraq.

He also said he had interviewed ISIS members from an apartment in Turkey near the border with Syria, and had spoken with Syrian rebels and government officials, among others.

“I spent time with them not to assist their cause, but to provide detailed and accurate information to readers about their nature, activities and beliefs,” he wrote in the article.

Without any firm evidence, Spyer suspected that it was his time spent covering the Kurdish Workers Party, known as the PKK, which is on the U.S. and E.U. lists of terror organizations, but also serves as the main rebel group in the long-running Kurdish-Turkish conflict.

“Although the specific basis of my exclusion from the U.S. under Section 212 hasn’t been revealed to me, I suspect it may be my acquaintance with senior PKK officials, and that Turkish influence may be behind it,” Spyer wrote, noting it may also be linked to the Turkish government’s wider mistreatment of journalists and hostility to the media.

Spyer rejected any affinity with the national aspirations of Kurds.

“Journalists, including those of us who interview terrorists, aren’t the enemy,” he wrote.