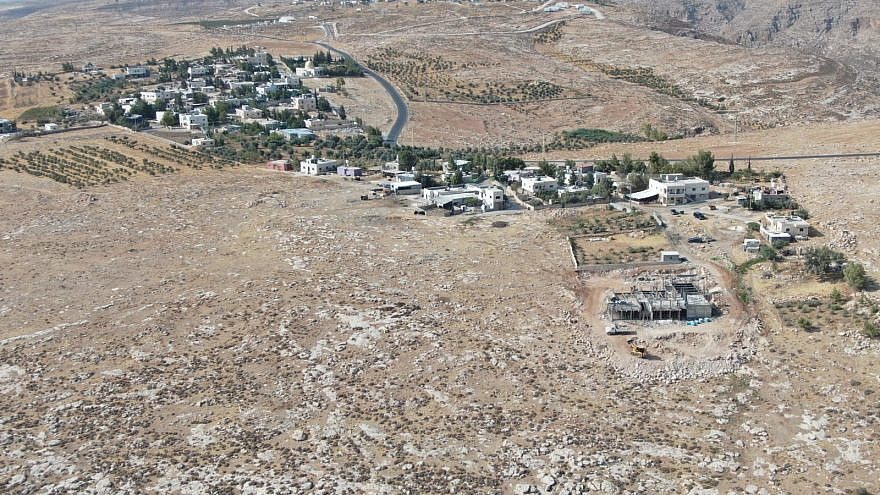 (October 26, 2022 / JNS) Illegal Palestinian construction in the Israeli-controlled regions of Judea and Samaria, known collectively as “Area C,” increased by 80 percent over the past year, according to a new report by Israeli NGO Regavim.

According to the report, titled “The War of Attrition,” 5,535 illegal Palestinian structures have been built in Area C during Israeli Defense Minister Benny Gantz’s tenure.

The organization’s members recently protested outside of Gantz’s home by building a “Palestinian outpost” decorated with Palestinian and European Union flags.

The demonstrators were subsequently “evicted.”

Brussels has long been accused of funding illegal Palestinian building in Area C, even as it maintains a policy of discouraging the construction of homes for Israelis in the territory.

“Gantz is not merely abandoning Judea and Samaria, he is actively establishing a de facto Palestinian state. Israeli voters should make no mistake; the upcoming elections are about one thing: will a Palestinian state arise in the heart of the Land of Israel,” the group wrote in a statement posted to Facebook.