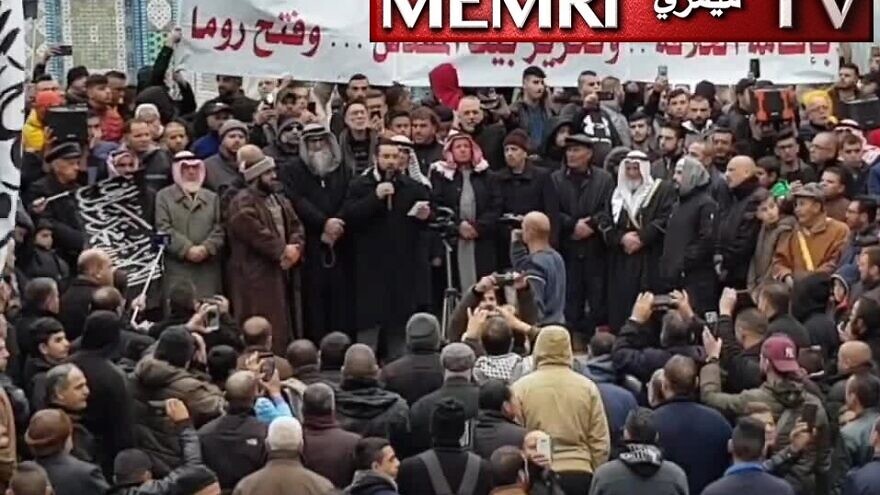 (January 19, 2020 / MEMRI) Rome will be conquered by Islam in the near future, Palestinian preacher Nidhal Siam told an enthusiastic crowd last week at an event in Jerusalem’s Al-Aqsa Mosque marking the anniversary of the 1453 C.E. capture of Constantinople by the Ottoman Empire.

In a video uploaded to the Internet on Jan. 17, Siam can be seen telling a crowd that three prophecies will soon be fulfilled and expressing his hope that his audience will be the ones to fulfill them.

The three prophecies, said Siam, are that a rightly guided caliphate will be established; that Jerusalem will be liberated and established as the capital of the caliphate; and that Islam “will throw its neighbors to the ground” and its reach will span the globe.

Muslims’ real task, Siam told the crowd, is to wage jihad for the sake of Allah and to make the word of the infidels inferior to the word of Allah. In addition, he called on them to seek martyrdom for Allah. He added: “Do not obey the followers of Satan [and] those who collaborate with America, Russia and the West.”

The crowd chanted: “This Al-Aqsa [mosque] will be liberated … the caliphate was promised by Allah … by means of caliphate and the consolidation of power, your conquest, oh Rome, is a matter of certainty … Allah Akbar!”