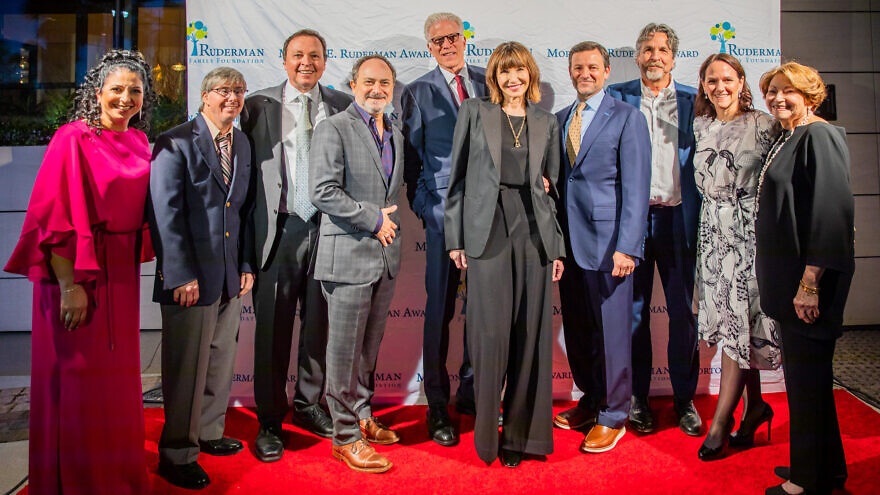 Under Ruderman’s leadership, the Foundation has been at the forefront of a movement to enhance inclusivity and authenticity within Hollywood which over the past three years has seen major studios such as CBS Entertainment, NBC Universal, Paramount and Sony Pictures Entertainment, adopt the Foundations guidelines, committing to audition actors with disabilities for studio productions. Last year the Foundation awarded a $1 million grant to the Academy Foundation of the Academy of Motion Picture Arts and Sciences to advance its diversity and inclusion efforts.

In addition to receiving the support of major Hollywood studios and organizations, a separate Foundation-initiated pledge was signed by a host of A-list actors and directors which called on studio, production, and network executives to pledge to create more opportunities for people with disabilities. Among those who signed the pledge were Oscar winners George Clooney and Joaquin Phoenix, Oscar nominees Ed Norton, Bryan Cranston and Mark Ruffalo, actors Glenn Close and Eva Longoria, and Oscar-winning director Peter Farrelly.

In Israel the Foundation also spearheaded an initiative which saw four of the country’s five major television broadcasting and production companies — KAN, RESHET, HOT and YES — sign a pledge to audition actors with disabilities with each new studio production and commit to a more inclusive selection process for all jobs across the film industry, on and off screen.

Outside of her work within the entertainment space, Ruderman has worked to introduce a new paradigm for the discourse regarding relations between Israel and the American Jewish community. As a senior executive and serial achiever in the world of social justice, Ruderman’s impact over the last two decades has focused on disability rights & inclusion, US-Israel relations and strategic philanthropy. An alumna of the 8200 elite IDF unit, Ruderman holds an MA in Public Policy and a BA in Education from The Hebrew University of Jerusalem. She is also the recipient of the 2022 Jerusalem Unity Prize and serves in senior management and leadership positions such as: Chairwoman of the Fulbright Foundation; Mass General President Consul; Board member of the Jewish Funders Network and previously with the Anti-Defamation League and the American Jewish Joint Distribution Committee – Israel. 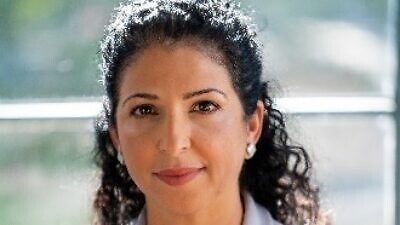 “These three new trustees bring diverse perspectives around arts, philanthropy, and inclusion as well as wide-ranging and vital professional experiences to the governing body of the Academy Museum,” said a statement from The Academy Museum of Motion Pictures.

Ted Sarandos, Board Chair and Co-CEO of Netflix, said, “We are thrilled to welcome these three extraordinary leaders, who have already done so much to advance our community, and the industry at large, through their commitment to diversity, innovation, and excellence. As members of our board, they will support and guide the Academy Museum in realizing its ambitious mission of increasing public appreciation for the arts and sciences of moviemaking and exploring the ongoing, multifaceted history of film.”

Academy Museum Director and President and incoming Academy CEO Bill Kramer added, “I join Ted and the entire Academy Museum Board of Trustees in welcoming Eric, Julia, and Shira. We have strong working relationships with all of them, and they have helped us open the Academy Museum in a powerful way. Their strong executive experience, profound philanthropic spirit, and dedication to the goals of diversity and inclusion will be invaluable to us. They will help us tell the rich and varied stories of cinema to Los Angeles and the world.”

Republish this article
About The Publishers
Ruderman Family Foundation
Publish your organization's press release on JNS Wire
Releases published on the JNS Wire are communicated and paid for by third parties. Jewish News Syndicate, and any of its distribution partners, take zero responsibility for the accuracy of any content published in any press release. All the statements, opinions, figures in text or multimedia including photos or videos included in each release are presented solely by the sponsoring organization, and in no way reflect the views or recommendation of Jewish News Syndicate or any of its partners. If you believe any of the content in a release published on JNS Wire is offensive or abusive, please report a release.
Never miss a thing
Get the best stories faster with JNS breaking news updates