(July 26, 2021, Boston, Massachusetts, JNS Wire) Boston, MA, July 20, 2021 – College students from campuses across four continents will attend an online conference from July 25-27 that will train them to respond to the global upsurge in antisemitism and anti-Israel activism.

CAMERA on Campus—the campus department for the Committee for Accuracy in Middle East Reporting and Analysis (CAMERA)—is hosting the conference. The organization has put together three jampacked days of lectures, discussions, and workshops, all designed to empower and educate students for what they will confront in the fall.

“Students around the world are experiencing antisemitism, and they’re asking us how to respond to it,” said Aviva Rosenschein, CAMERA’s international campus director. “Our conference is addressing an organic need among students by providing them with high-level, content-rich strategies for pro-Israel activism.”

“Since the latest round of Hamas-Israel fighting, anti-Israel activity has transmogrified into unapologetic antisemitism,” said Aidan Segal, a student at the University of Pittsburgh. “People no longer hesitate to slander the Jewish state, and some are taking the invective to new levels by attacking Jews on the streets of Europe and America. That’s why we’re attending CAMERA’s conference—we want to learn strategies for combatting the hate we’re all facing.”

During the conflict in May between Israel and Gaza, Jewish groups began sounding the alarm about a rise in verbal, physical, and online antisemitic attacks in several countries. A recent ADL survey of nearly 600 Jewish Americans found 60% reported witnessing antisemitic behavior or comments because of the conflict.

“We expect to see the same sort of hostility on campuses in the fall,” Rosenschein said. “So students are preparing for it.”

“False accusations against Israel are common on college campuses, and those accusations are fueling antisemitism in the West,” said Tehilla Katz, a student at Bar-Ilan University. “The CAMERA conference is important because it gives us the arguments, tactics, and moral encouragement needed to rebut the lies and misinformation.”

Hali Spiegel, director of campus programming and strategic relationships for CAMERA, said, “Students will be logging on to our online conference from all over the world, which indicates how widespread the problem is. Anti-Jewish and anti-Israel discrimination is pervasive. Our conference is offering a crash course on how to deal with it.”

CAMERA’s conference will host noted speakers, breakout sessions, interactive workshops and presentations throughout the three days. Attendees will also network with other pro-Israel advocates, all sharing strategies for effectively standing up for the Jewish homeland during campus debates.

Gil Troy said, “During this difficult moment, when so many people are giving up on Israel, I look forward to going beyond the lies, the distortions, the recriminations, and the oversimplifications, and take the opportunity at the CAMERA conference to celebrate Israel, to hail Zionism, to toast the Jewish people, remembering the key to Identity Zionism: that we are so lucky to be heirs to our proud yesterday, so that we can all be building an Israel today that will continue to inspire us all in the future.”

“This is our eleventh conference,” said Aviva Rosenschein. “But, given the rise in aggressive antisemitism, I feel that it’s one of our most important conferences. It’s also the start of a relationship that will continue throughout the school year, as we continue to work with these students, providing them with informational tools and financial assistance to push back against the antisemites and anti-Israel radicals on campus.”

“Those radicals who seek to silence our students,” Hali Spiegel added, “will find that they won’t be intimidated. We have a brave and talented group attending the conference, which means Israel is going to have formidable defenders when classes resume in the fall.” 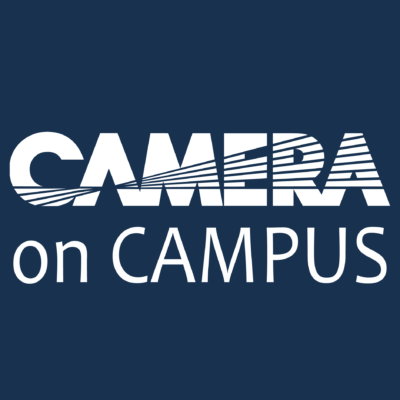 CAMERA on Campus
CAMERA on Campus is a department of the Committee for Accuracy in Middle East Reporting and Analysis (CAMERA), an international media-monitoring and educational organization founded in 1982 that works to promote accurate, balanced and complete coverage and analysis of Israel and the Middle East.
Publish your organization's press release on JNS Wire
Releases published on the JNS Wire are communicated and paid for by third parties. Jewish News Syndicate, and any of its distribution partners, take zero responsibility for the accuracy of any content published in any press release. All the statements, opinions, figures in text or multimedia including photos or videos included in each release are presented solely by the sponsoring organization, and in no way reflect the views or recommendation of Jewish News Syndicate or any of its partners. If you believe any of the content in a release published on JNS Wire is offensive or abusive, please report a release.