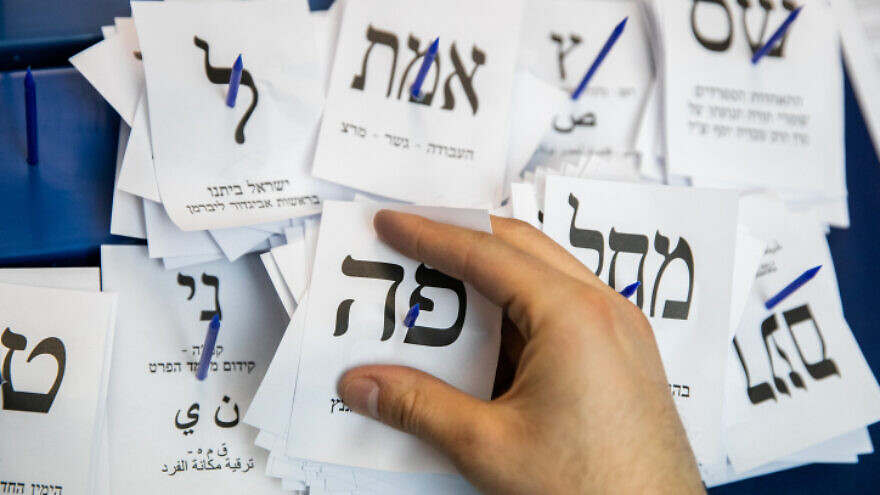 According to the numbers, the 23rd Knesset will consist of 58 mandates for the right-wing bloc—36 for Likud, nine for Shas, seven for United Torah Judaism and six for Yamina—while the left-wing bloc will consist of 55 mandates—33 for Blue and White, 15 for the Joint Arab List and seven for Labor-Gesher-Meretz. Avigdor Lieberman’s Yisrael Beiteinu Party will also have seven mandates.

It should be noted that the final results were still pending due to irregularities at 29 voting stations, where the decision was made to renew counting on Thursday morning. Officials familiar with the details said one of the reasons for the delay was that CEC observers had “fallen off their feet from fatigue.”

One committee official told Israel Hayom: “We would rather postpone publication of the final results until we straighten out all the irregularities, instead of rushing to publish and then realizing mistakes were made. The law allows us to release the final results up to one week after the election, and as of now only 48 hours have passed since voting stations were closed.”

In an apparent jab at Israeli Prime Minister Benjamin Netanyahu, Blue and White Party chairman Benny Gantz responded to the emerging mandate picture—compared to the exit polls from Monday night, which gave the right-wing bloc 59 or even 60 seats—saying on Twitter: “Someone here celebrated too soon.”

Earlier on Wednesday, Netanyahu addressed the election results, saying the difference between the two main blocs—and the illegitimacy, he claimed, of the Joint Arab List—make him the winner.

Referring to an initiative by the center-left bloc to pass legislation that would prevent him from forming a government, Netanyahu said: “The move spearheaded by Gantz undermines the foundations of democracy and the will of the voters.”

The legal initiative is being supported by the Joint Arab List alliance, which Netanyahu called “terrorist supporters.”

“We repeatedly warned during the campaign that Gantz would join with the terrorist supporters in the Joint List in an effort to abolish the will of the public. The choice of the people is clear. The national-Zionist camp consists of 58 mandates. The left-wing Zionist camp consists of 47 mandates. The Joint List, which attacks our soldiers and opposes the State of Israel, isn’t part of this equation,” he said.

“This is what the people decided. The truth needs to be said. The public gave me more votes than any other candidate in the history of the state. The Likud is the largest party by a knockout. Gantz said whoever receives one mandate more will form the government,” he continued. “We got more. Gantz said he wouldn’t rely on the Joint List, and now he is leaning on it for everything. Gantz lost and now he’s trying to steal the election.

“My colleagues and I, and millions of citizens who supported us, won’t let this happen. Gantz lost the election. You are only exacerbating the divisions and rifts among the people. We have challenges and opportunities and therefore the people’s decision must be respected. We will stand together against this invalid attempt.”

Gantz retorted on Twitter, saying: “Bibi, have a glass of water, wait for the final results, and promise you’ll honor them.”