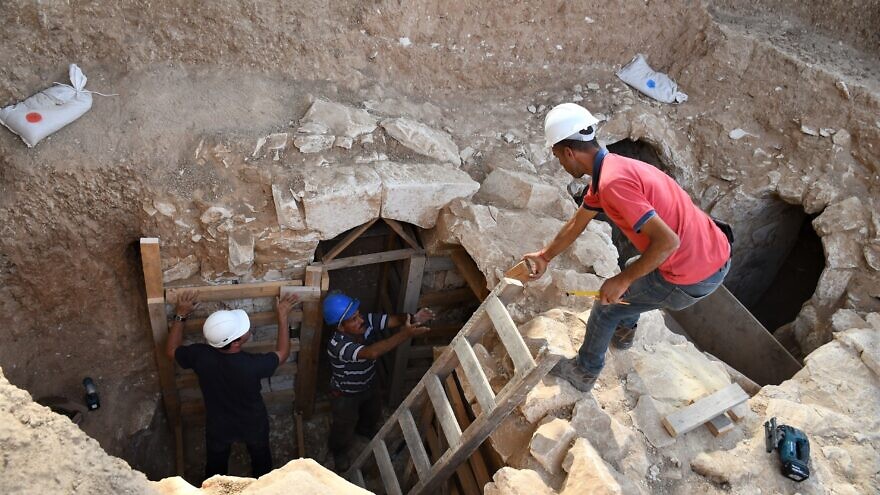 Workers at the rural estate uncovered in Rahat in southern Israel with the vaulted complex in the center. The estate is the first of its kind discovered in the Negev. Credit: Emil Aladjem/Israel Antiquities Authority.
Spread the word.
Help JNS grow!
Share now:

(August 23, 2022 / JNS) A 1,200-year-old luxurious rural estate—the first of its kind in the Negev—was exposed in the archaeological excavations carried out by the Israel Antiquities Authority and funded by the government through the Authority for the Development and Settlement of the Bedouin, prior to the expansion of the Bedouin town of Rahat.

A surprise awaited the archaeologists in the estate’s courtyard: a unique vaulted complex overlying a three-meter-deep, rock-hewn water cistern.

Dating to the Early Islamic period (eighth to ninth centuries C.E.), the building was constructed around a central courtyard and comprised four wings with rooms to serve the needs of the residents. In one wing, there was a hall paved with a marble and stone floor and walls decorated with frescoes (wall paintings on damp plaster). The extant small fresco fragments were finely colored in red, yellow, blue and black. Some rooms in the building had plaster floors, and in others, very large ovens—probably for cooking—were uncovered. Among the small finds were fragments of decorated glass serving dishes.

According to Oren Shmueli, Elena Kogan-Zehavi and Noé D. Michael, directors of the Israel Antiquities Authority excavations, “this is a discovery unknown until today. We were surprised to discover a complex of stone-built vaults at a depth of 5.5 meters below the courtyard, standing to a height of 2.5 meters. The vaults were carefully constructed, and they probably led into additional underground complexes that have not yet been uncovered.” 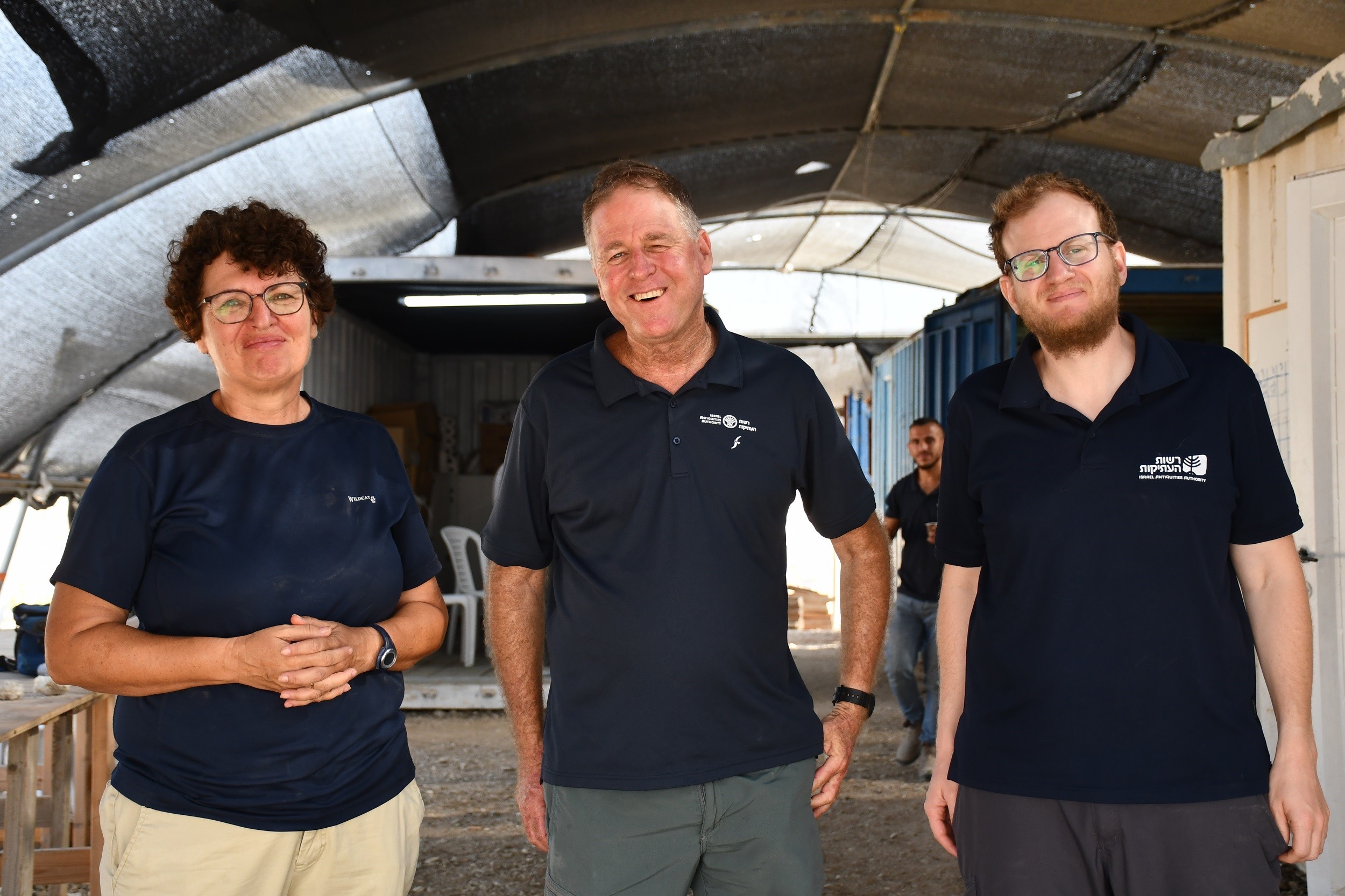 “Our biggest surprise,” they said, “was the discovery of an opening below the vaulted rooms that led into a deep rock-hewn cistern. It seems that the stone-built underground vaults were built as storerooms to store foodstuffs at fairly cool temperatures, and the supporting vaulted structures enabled the residents to move around underground safely and comfortably to protect themselves from the scorching summer heat and to drink cool water from the adjacent cistern. The clay oil lamp shards retrieved on the vault floors were used for lighting the dark rooms, providing evidence of the residents’ activity here.

“The luxurious estate and impressive underground vaults are evidence of the owners’ means,” continued the excavation directors. “Their high status and wealth allowed them to build a luxurious mansion that served as a residence and for entertaining; we can study the construction methods and architectural styles, as well as learn about daily life in the Negev at the beginning of Islamic rule.” 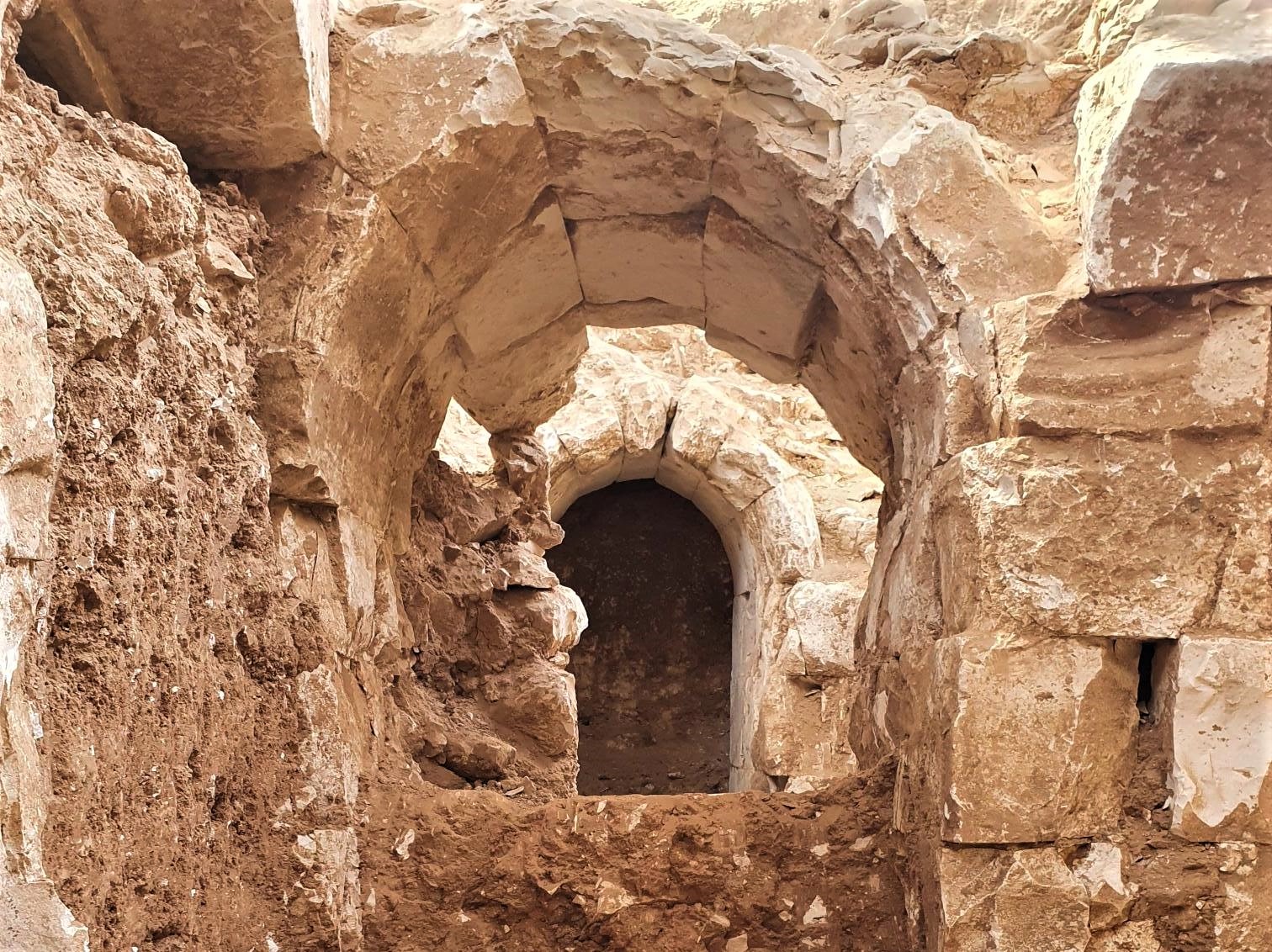 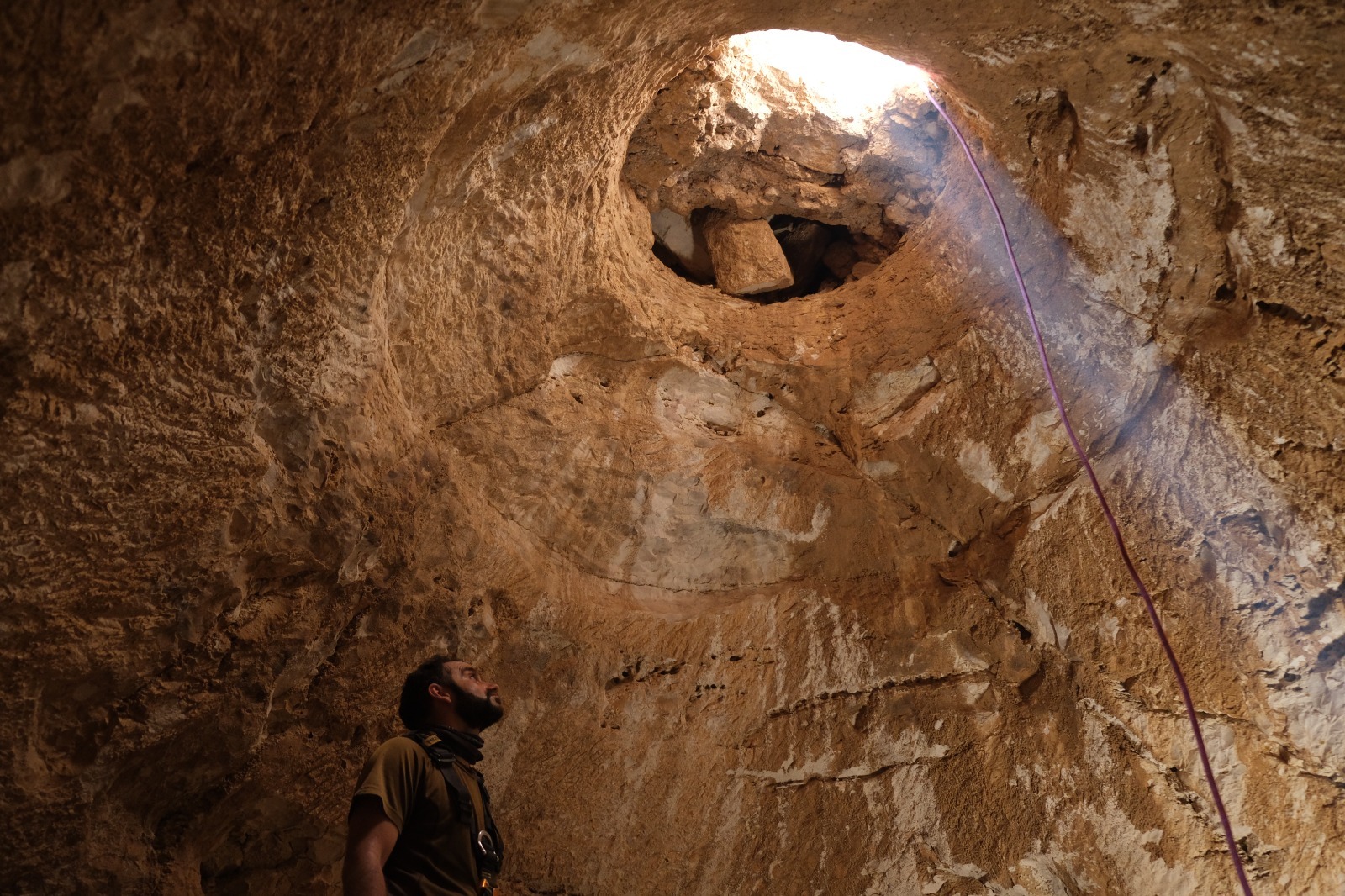 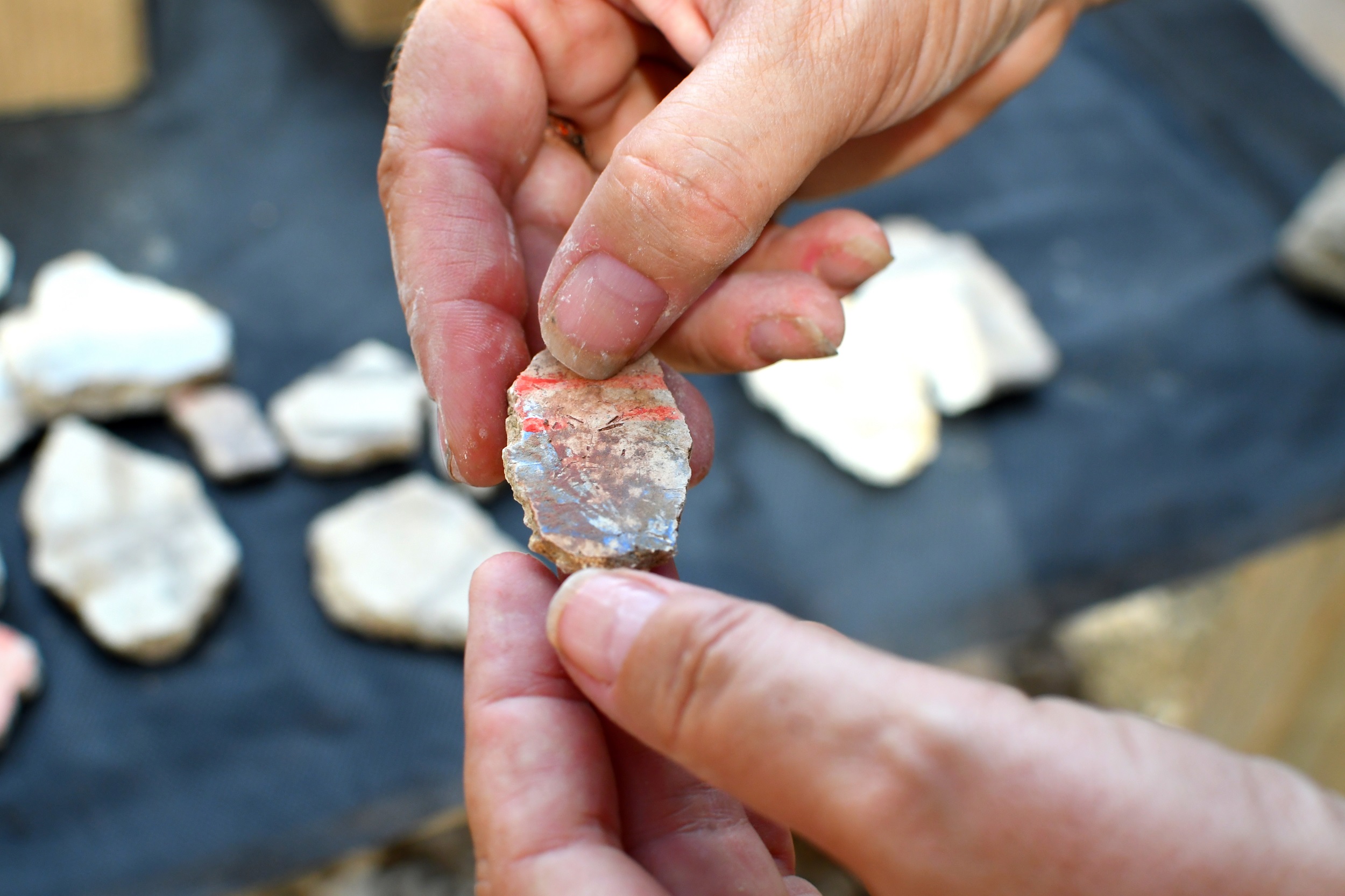 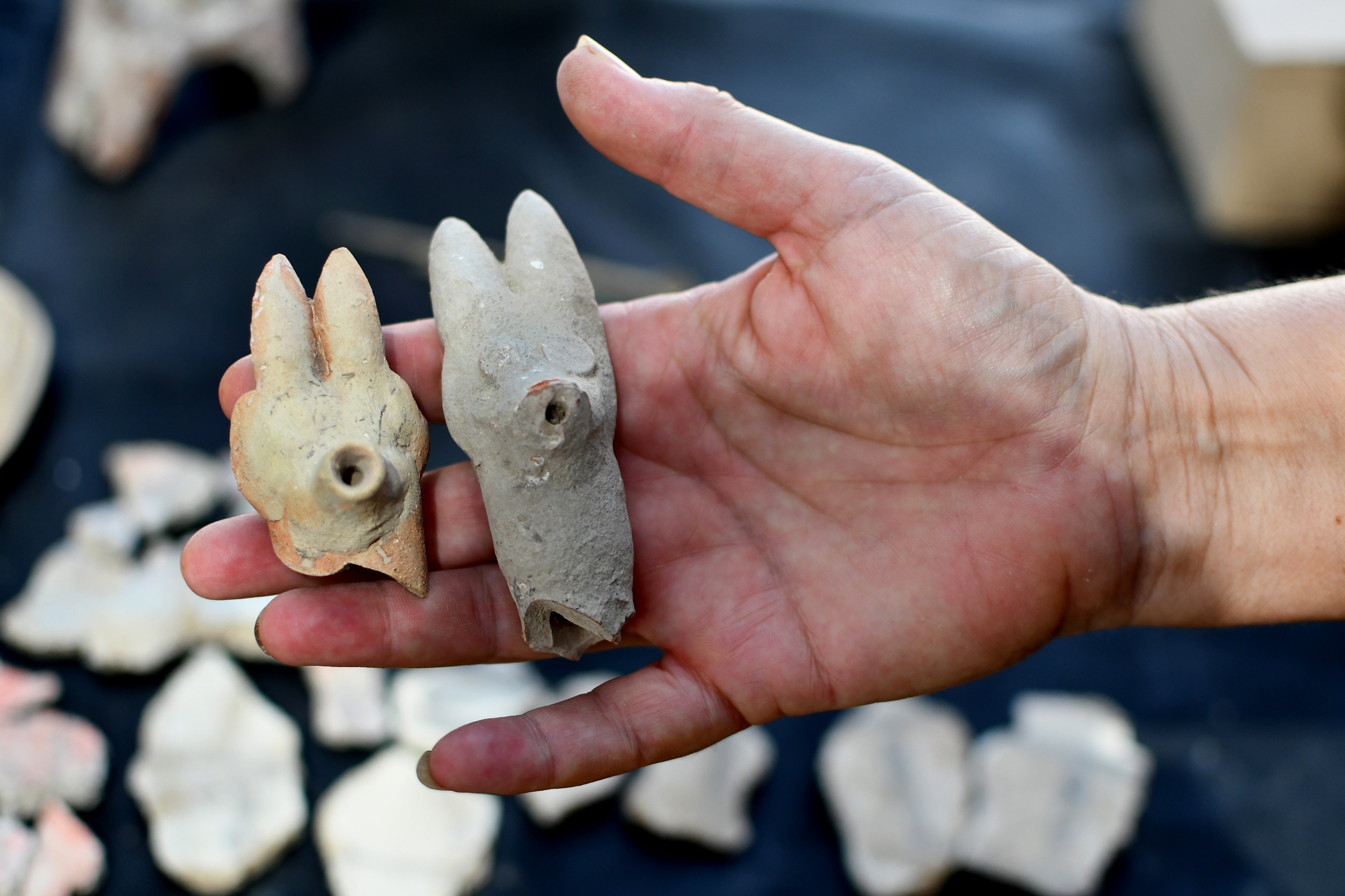 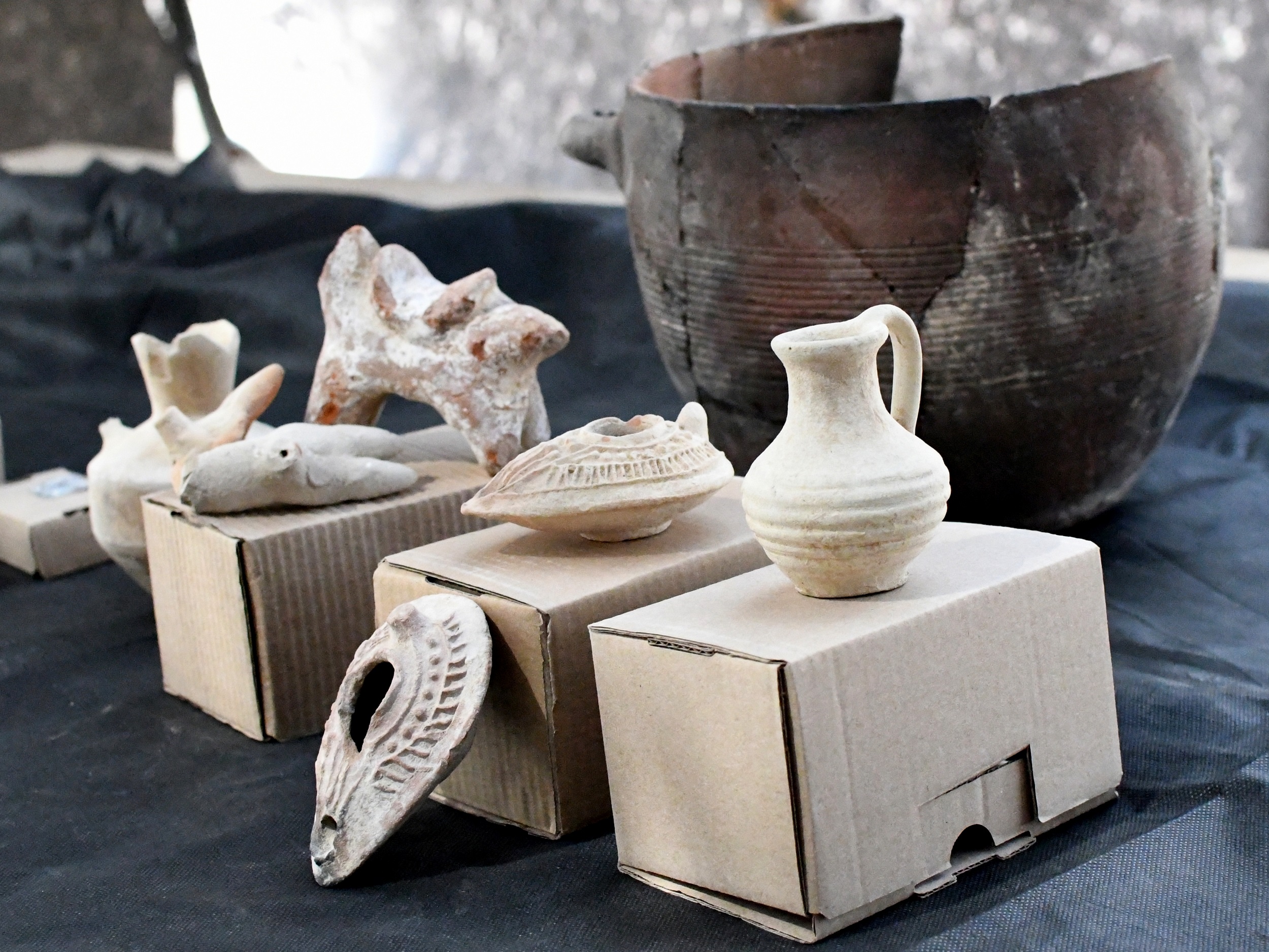 The excavation site at Rahat. Credit: Yoli Schwartz/Israel Antiquities Authority.
Republish this article in your newspaper or website