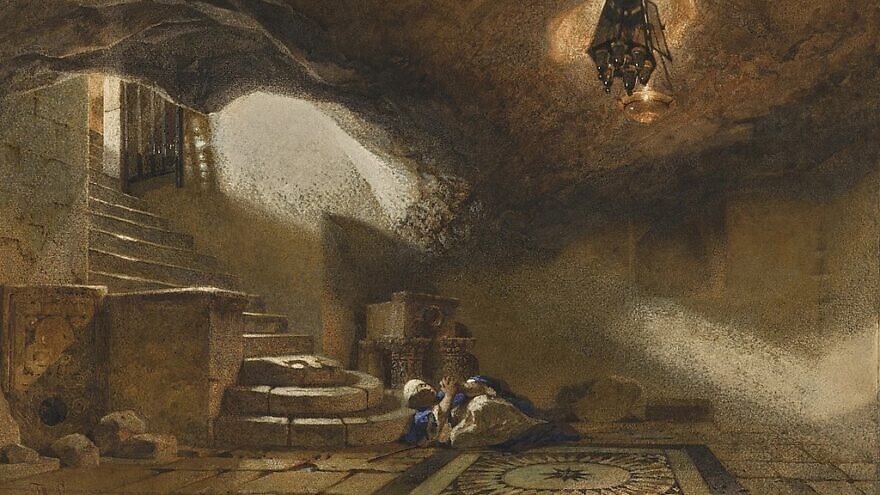 (July 18, 2021 / Israel Hayom) Like a well-kept secret, the cisterns of the Temple Mount are concealed, barred and padlocked by the Jerusalem Islamic Waqf. In ancient times, the cisterns refreshed pilgrims arriving at the Temple. A few originally functioned as shaft graves or quarries from which stones were carved to build the Temple, filling with water only years later.

According to archaeologists’ calculations, to transport 26,417 gallons of water from the Gihon Spring 2,624 feet to one small cistern on the Mount would have taken at least 1,300 donkey trips. Most of the cisterns on the Mount are considerably bigger, able to contain hundreds of thousands of gallons; water reached them mainly through ancient channels. Rainwater, which was absorbed by the ground of the Temple Mount, also helped fill the cisterns. Research points to the existence of 49 cisterns on the Mount, as well as 42 channels that carried water to them. Some also served as hiding places prior to the destruction of the Second Temple.

While the Temple has been destroyed, the cisterns remain, and can help tell its story and the story of its ruin, which we mark today, July 18, Tisha B’av. The vast majority appear to be empty. A few have been equipped with sensors and alarms. Even Israel’s security forces can only approach most of the cisterns in rare emergency situations. Members of the outlawed Northern Branch of the Islamic Movement even had a plan to refill the cisterns with water imported from Mecca to make the compound more sacred to Muslims.

Only by walking around the Mount is it possible to get a more tangible impression of the cisterns. For years, I would visit two of them. The first, which dates back to the First Temple, has been locked for 10 years and is not part of the guided tours of the area. Its entrance was uncovered in 2012, between paving stones of a Herodian-era drainage ditch that links Siloam Pool to the southern wall of the Temple Mount.

The walls of the large cistern are covered in yellowish-brown plaster characteristic of the First Temple period. The discovery of the cistern challenged the established belief that in the First Temple era Jerusalem’s only water source has been the Gihon Spring. The cistern branches out toward the east, toward the Temple Mount compound, near the location of the Museum of Islam. But that part is blocked, like the rest of the cisterns. 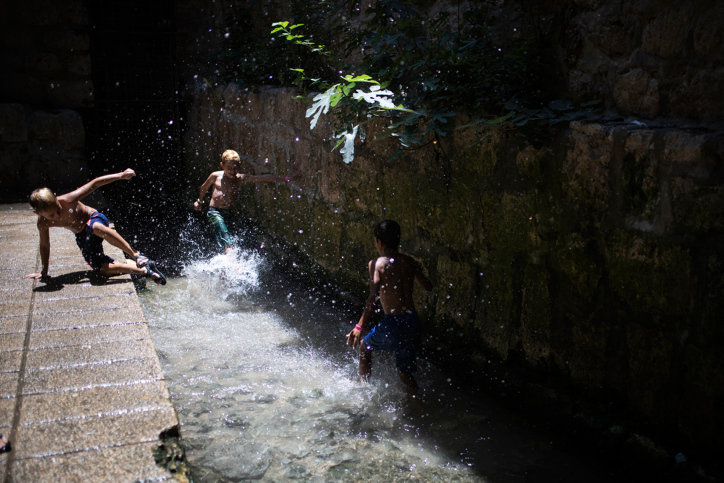 Young Israeli boys on their summer vacation play in the water of the Siloam Pool after walking through Hezekiah’s Tunnel during a visit to the City of David National Park, on July 21, 2019. Photo by Hadas Parush/Flash90.

The other cistern I’ve visited lies a little more to the north and does not enter the Temple Mount. Archaeologist Eli Shukron, who discovered both cisterns, thinks that it was a hiding place for a family that lived in the city 2,000 years ago, and that they ate their last meals there, fearing that the rebels would steal their food.

Josephus Flavius’ book “The Jewish War” describes how in the weeks prior to the destruction of the Temple, the rebels would ambush the population of Jerusalem and murder and torture women, children and the elderly as part of their great food theft. The finds at the bottom of the cistern correspond chillingly with Josephus’s narrative. Pottery vessels containing traces of food were found there, along with a small clay lamp that would have provided only enough light to allow the family to see their food without being discovered.

A new book by journalist and Temple Mount researcher Arnon Segal, “Habayit” (“The Home”), attempts to create a “virtual” visit to the cisterns. Segal, who has been writing a weekly column about the Temple Mount in Makor Rishon for the last 10 years, devotes a sizable portion of his book to the Temple Mount cisterns.

His documentation goes back to the golden age of research on the cisterns in the 19th century. 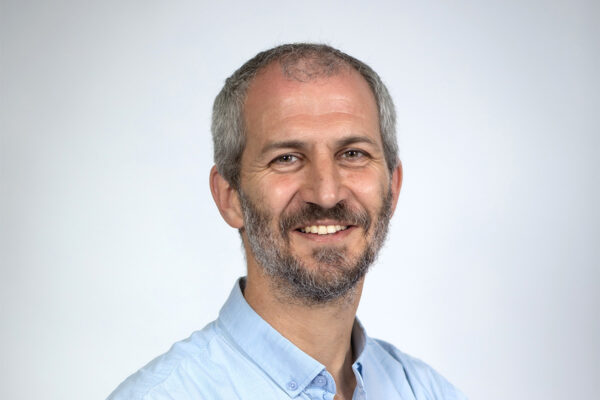 Israeli journalist Arnon Segal has been writing about the Temple Mount every week for over 10 years. Credit: Eric Sultan.

Segal explained that at that time, “Jerusalem was a weakened, sleepy city, far from the awareness of the world and the bloody conflicts that characterized the focus on it starting in the 20th century. In short—a paradise for the research pioneers. This is why most of the information about the cisterns we have in the 21st century is based, oddly, on the sketches [by] people in the 19th century, mainly the findings of Charles Warren and Conrad Schick, two of the most diligent mappers of that century.”

But Warren and Schick weren’t the only ones. Ermete Pierotti, an engineering officer in the Sardinian Army who arrived in Jerusalem after being chosen to serve as a consultant on refurbishments to the Temple Mount, was another. 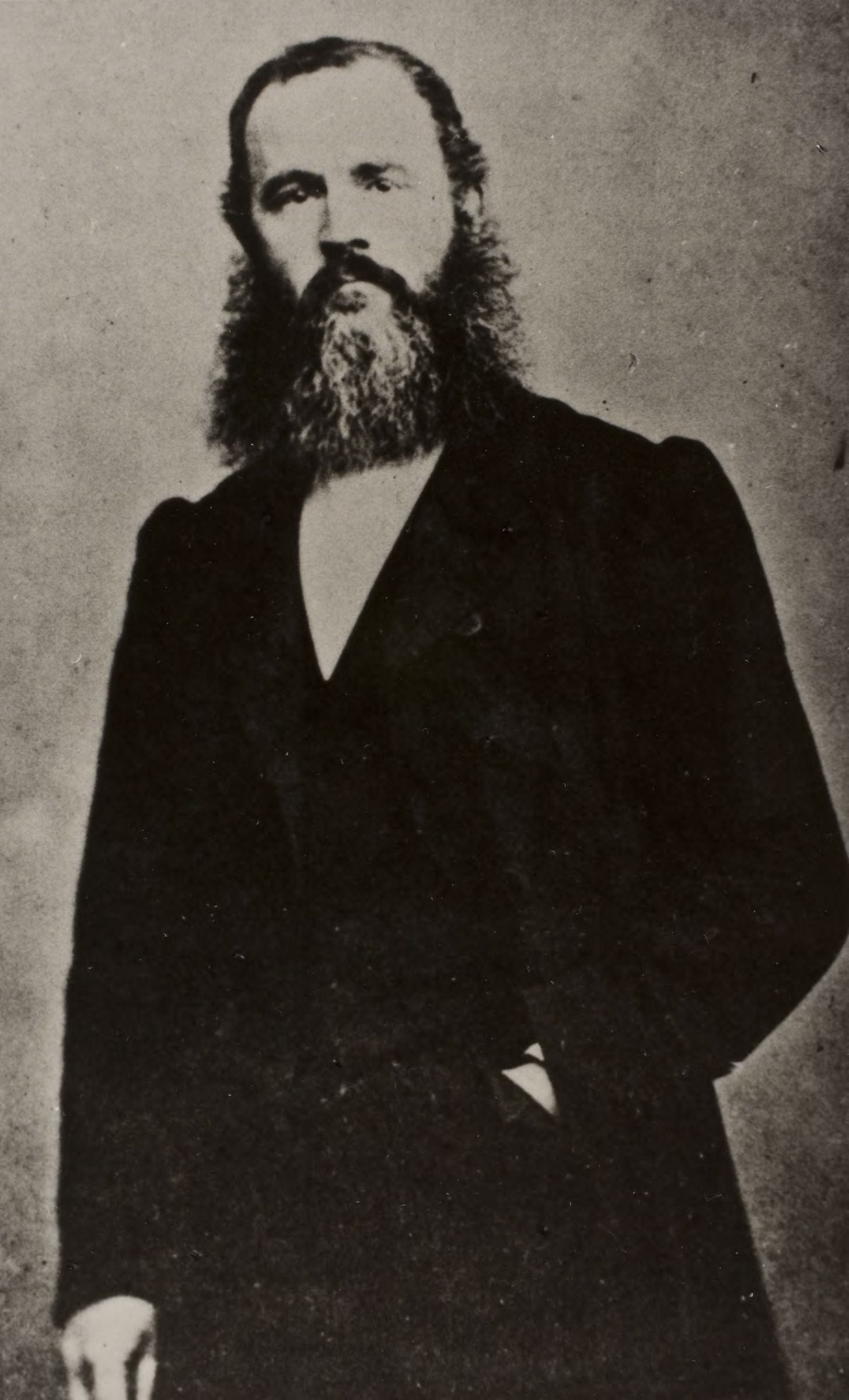 Pierotti was appointed city engineer by the Ottoman governor of the city, and since he handled the city’s water systems, the mysteries of the Temple Mount were open to him.

Pierotti’s encounter with the “Well of Souls” that was supposedly dug beneath the Dome of the Rock is one of his more intriguing ones, mainly because even now it is unclear whether or not that cistern actually exists.

Q: What is the Well of Souls?

Segal: In the Foundation Stone, there is a cave carved out to which 14 steps lead down, and there is a large marble slab set on its floor that supposedly covers the cistern. Because according to Islamic tradition, the marble slab covers the opening to hell and the souls of the dead buried under it, it was called the ‘Well of Souls.’ The Muslims avoid opening it. The Muslim tradition about that cistern draws on the power of the Jewish tradition of the Foundation Stone, which midrashim say is the foundation of the world. Our sages see the Foundation Stone as a kind of stopper that closes the chasm underneath it, lest it come back and inundate the world like the ancient flood.

Q: And Pierotti went inside?

A: Not even he was allowed to open the marble slab that seals the cistern. He got in through a side opening.

Q: And what did he find?

A: Pierotti wrote that he found a large space, and if he was exact, this is of major significance, because the cave under the Dome of the Rock is full of important Jewish history. According to the main approach [of] Jewish sages, which Maimonides among others espoused, in the time of the First Temple, the Ark of the Covenant was stored in a ‘deep and twisting concealment’ beneath the Holy of Holies. According to tradition, as well as numerous researchers, the Holy of Holies is located where the Dome of Rock is today. Unless he was making things up, Pierotti effectively identified the existence of a major underground space at the Well of Souls, a space that until then had been considered the stuff of legend.

The Well of Souls has made headlines twice in the past decade. The first time, in the spring of 2015, was when the Waqf replaced the rugs at the Dome of the Rock and in the cave beneath the Foundation Stone. This exposed the floor of the structure, and it was photographed. One of the photographs shows the marble slab that might cover the opening to the Well of Souls.

The second time was in 2017, after the Northern Branch of the Islamic Movement carried out a terrorist shooting at the Temple Mount compound that left two police officers dead. The police closed the area off and conducted careful sweeps to ensure that no other weapons were hidden on the Mount. A large contingent of police and Border Police raided the offices of Temple Mount employees, sent ropes down cisterns that hadn’t been opened since the 19th century, and surveyed numerous structures.

Some of the cisterns were photographed, and security officials shared their documentation with the Israel Antiquities Authority. The Waqf claimed that forces had also searched the cave under the Dome of the Rock. Was the marble slab opened? No security officials are volunteering an answer. In any case, the Well of Souls is only one of the 49 cisterns research has identified on the Mount. Researcher Rivka Goren has identified four cisterns as primitive shaft graves, of the kind used to bury the dead until the end of the third millennium BCE, long before the Temple Mount was built.

Another cistern, No. 8, known as the “Great Cistern,” is the largest and can hold more than three million gallons. It was documented and illustrated by William Simpson in 1872.

“Benjamin Mazar claimed that it was a cistern mentioned in Jewish sources that was used as a main water source by pilgrims in the days of the Temple,” said Segal. “According to Mazar, the daughter of Nehunya, who was in charge of supplying water to pilgrims in the Second Temple Era, might have fallen into it.”

Segal points out that Dutch archaeologist Leen Ritmeyer believes that the Great Cistern was also one of the sources of the stone used to build the Temple. “He thinks that most of the large cisterns on the Temple Mount started out as underground quarries, and only after the quarrying stopped were they plastered and used to collect water,” he says. 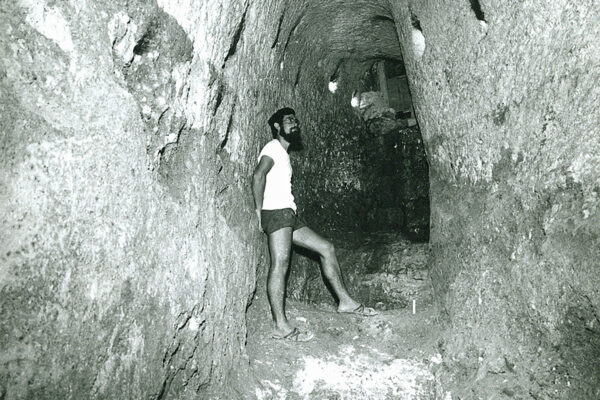 Dutch archaeologist Leen Ritmeyer in one of the Temple Mount cisterns, from Arnon Segal’s book “Habayit” (The Home). Credit: Courtesy.

Segal raises a few more interesting questions about the cisterns: Is Cistern No. 5, at the south of the Mount, the one dug in the Second Temple Period that provided water to Ezra, as researcher Ben Zion Luria believed? The Mishnah says that the curtain that separates the “Holy” from the “Holy of Holies” was submerged in this cistern, and professor Joseph Patrich of the Hebrew University of Jerusalem’s Institute of Archaeology thinks it provided water for the bath where the priests would wash the feet and hands of pilgrims.

Another intriguing one is No. 11, named after the Hellenistic Acra fortress, which Simon the Hasmonean destroyed. The Acra, hated by the Jews of Jerusalem, was designed to force them to worship pagan gods in the heart of the Temple. Researcher Joshua Schwartz was the first to link the Acra to the cistern, but it is not a certainty.

“Most Israelis,” said Segal, “Know the Temple Mount as a place of tensions and conflict. They remember it exists only when the constant conflict that envelops it flares up. But the Temple Mount can be so much more than that, and tell a story that is far beyond the current conflict, a story that exposes the earliest roots of the Jewish people, and hope for its future.”