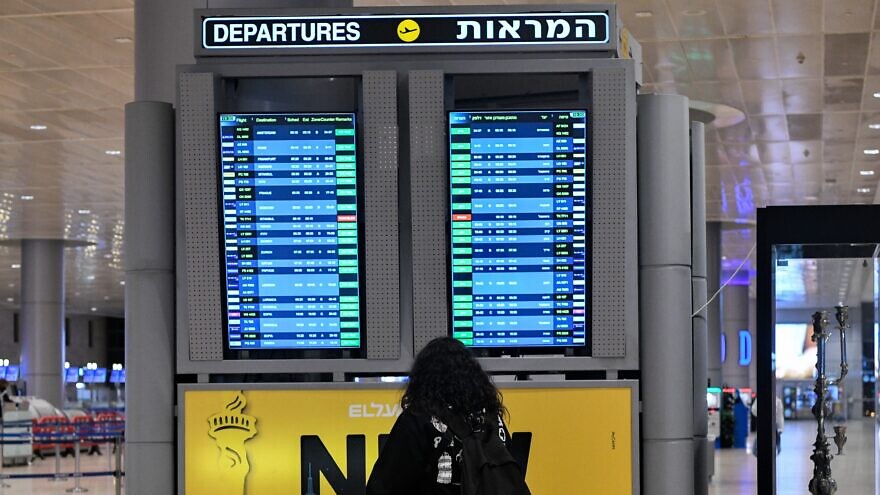 (February 21, 2022 / Israel Hayom) Most Israelis fear anti-Semitism and hide their religion when traveling abroad, while also feeling that Israel is not doing enough to fight anti-Semitism online, a study by the Ruderman Family Foundation has found.

The study’s findings were presented Monday to the Knesset Lobby for Israel-American Jewry Relations.

According to the survey, 62 percent of Israelis think their country should take action vis-à-vis anti-Semitic incidents around the world, including sending rescue teams when warranted. Some 38 percent think the state is failing to adequately fight anti-Semitism online. At the same time, only 5% think that the international community is doing enough to eradicate anti-Semitism.

Seventy-three percent of Israelis identify to a large extent with other Jews worldwide in the event of an anti-Semitic incident, with only 1% of respondents saying they did not identify at all.

The survey further found that 28% of Israelis ages 18-29 are “very concerned” for their safety abroad—a sensation shared by 16% of Israelis 60 and over. Twenty-one percent of the former age group also reported that they or their acquaintances were exposed to anti-Semitic incidents, compared to 8% among the latter group.

Younger Israelis also expressed greater concern with regard to revealing their nationality while traveling: about 13% of Israelis ages 18-29 said they would not say they are from Israel, compared to 8% of Israelis 60 and over.

Overall, 59% of Israelis said they hide the fact they are Jewish when traveling overseas.

Some 64% said that they expect Jewish institutions to be more inclusive and diverse—a 4% increase compared to 2019.

Foundation president Jay Ruderman noted that the concerns that Israelis express in the survey correspond with the rise in anti-Semitic incidents around the world.

“While the Foundation’s Knesset Lobby has traditionally worked to strengthen the Israel-American Jewry relationship by ensuring that elected officials in Israel are consistently and comprehensively informed of the defining issues that shape Jewish life in the U.S., our new survey powerfully shows that pressing American Jewish concerns such as rising antisemitism are in fact shared concerns for the Jewish communities on both sides of the Atlantic and around the world.

“Although Israelis live in a Jewish state, we should not and cannot assume that they are somehow immune from the threat of anti-Semitism. In turn, the shared nature of this threat can serve to unite American and Israeli Jews in efforts to combat it,” he said.

Lobby co-chair Knesset member Ruth Wasserman Lande said, “Relations between Israel and American Jewry are a strategic asset for Israel and are not to be taken for granted.”

It was important, she continued, to “strengthen the acquaintance” between Israelis and “our brothers and sisters in the United States, with all the complexity that characterizes them.”

Co-chair MK Tzachi Hanegbi added, “Ruth and I are pleased to host the opening meeting of the parliamentary caucus for strengthening the relations between Israel and the Jewish communities in the U.S. Members of Knesset from all parties have always led the strong and intimate bond between the Israeli political arena and the influential forces in American Jewry, and it is in this spirit that we intend to lead the caucus in addressing the demanding challenges of our time.”