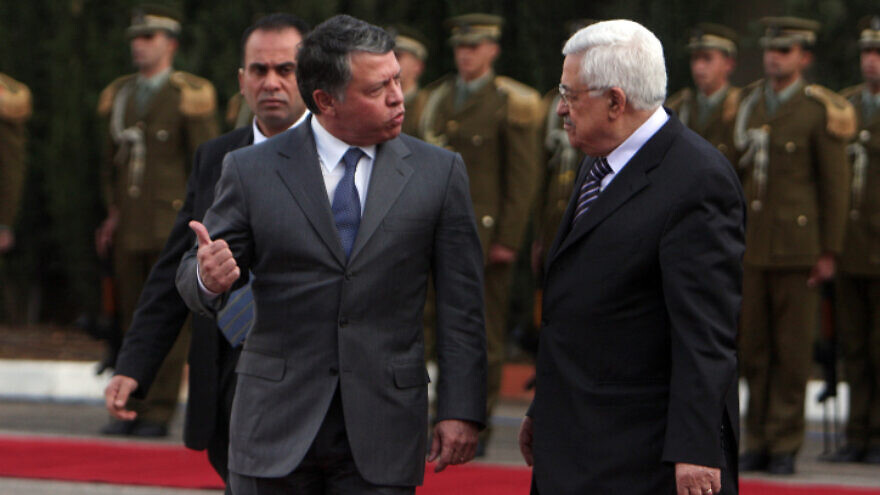 The two leaders discussed “the latest political developments on the Palestinian arena,” and “Abbas reiterated the need to put pressure on the Israeli government” on a range of issues, reported WAFA.

Tensions at the Temple Mount, where Palestinians have rioted and attacked Israeli security forces during Ramadan, were a central topic of conversation as well.

According to the report, Abbas “noted the importance of stepping up efforts and Palestine-Jordan coordination in order to mobilize the international community to halt the Israeli government’s aggressive practices and policies against the Palestinian people, territories and holy sites.”

Abbas also “commended Jordan and Abdullah II for their positions in support of the Palestinian people,” the report said.

Jordan is officially a custodian of the Al Aqsa mosque, and the Islamic Waqf trust that runs the site operates under a Jordanian mandate.

The Hashemite Kingdom has “intensified efforts to push Israel to respect the historic status quo of Jerusalem’s Al Aqsa mosque and avoid violent confrontations that could threaten a wider conflict,” Reuters reported on Thursday, citing Jordanian officials and Western diplomats.

“The officials said Jordan had notified Washington it was ready to discuss the issue with Israel after the end of the holy month of Ramadan next week. The aim would be to identify steps that Israel could take to return conditions at the mosque to those of 22 years ago,” said the report.