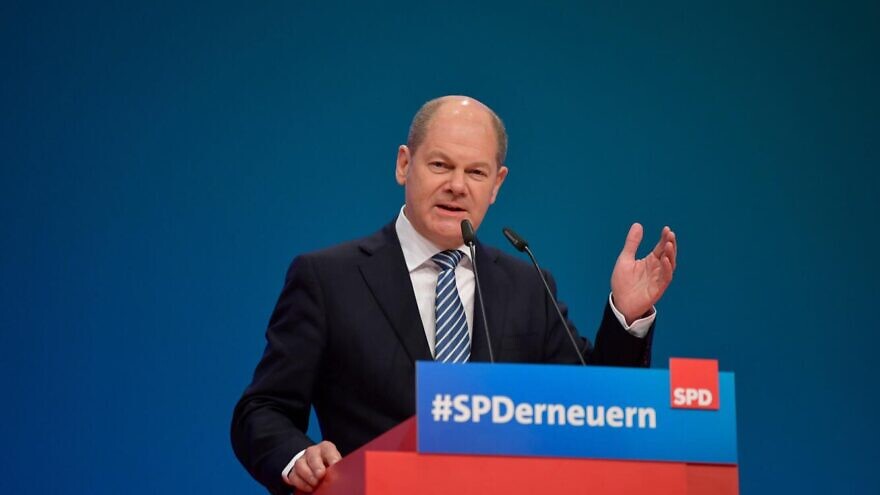 (August 16, 2022 / JNS) Palestinian Authority leader Mahmoud Abbas expressed no regrets on Tuesday for the murderous attack by Palestinian terrorists on Israeli athletes at the Munich Olympics half a century ago.

He also claimed that Israel had committed “Holocausts” against Palestinians over the years, reported the AP.

When asked if he intended to apologize to Israel and Germany in advance of the 50th anniversary next month of the massacre of 11 Israeli coaches and athletes during the 1972 summer games, Abbas instead mentioned alleged atrocities committed by Israel.

“If we want to go over the past, go ahead. I have 50 slaughters that Israel committed,” Abbas, a longtime Holocaust denier, told reporters after a meeting with German Chancellor Olaf Scholz in Berlin.

The mention of the word “Holocausts” drew a grimace from Scholz but no denunciation, according to the AP. Prior to that, he disagreed with the Palestinian leader when he called Israel’s treatment of Palestinians “apartheid.”

Scholz also noted that he didn’t think it was time to recognize a Palestinian state.