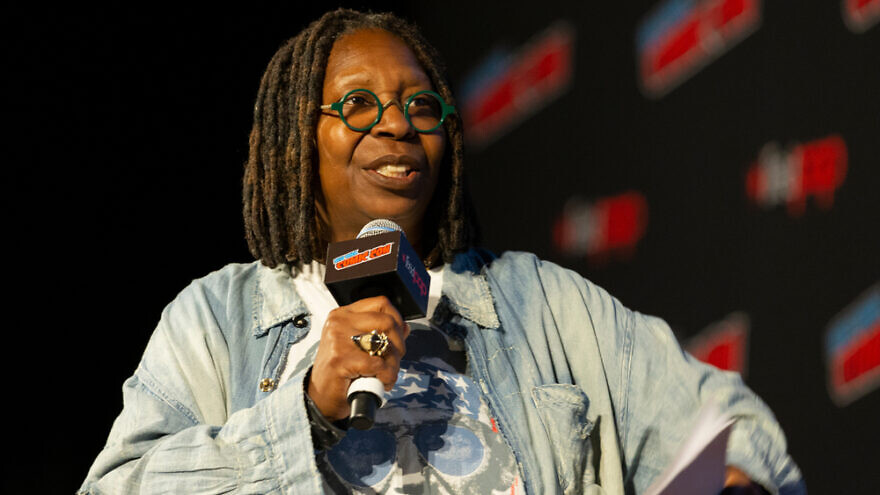 (February 2, 2022 / JNS) ABC News president Kim Godwin announced on Tuesday that Whoopi Goldberg, co-host of the morning talk show “The View,” would be suspended for two weeks after her controversial remarks during a Jan. 31 episode of the program.

During the episode, which focused on the recent Tennessee school board decision to ban Maus, a Pulitzer Prize-winning graphic novel about the Holocaust, Goldberg said: “Let’s be truthful about it … the Holocaust isn’t about race. ”

She later apologized for making the comment, saying, “As [ADL CEO and national director] Jonathan Greenblatt shared, ‘The Holocaust was about the Nazis’ systematic annihilation of the Jewish people—who they deemed to be an inferior race.’ I stand corrected.”

Despite the apology, however, Godwin said in a statement that Goldberg needed time to “reflect and learn about the impact of her comments,” which were “wrong and hurtful.”

“The entire ABC News organization stands in solidarity with our Jewish colleagues, friends, family and communities,” she added.

Also on Tuesday, Yad Vashem chairman Dani Dayan invited Goldberg to visit the Holocaust memorial museum in Jerusalem to learn more about the causes of the Shoah.

Dayan welcomed Goldberg’s apology, calling it “important,” but said that her remarks betrayed a “fundamental misunderstanding” of the nature of the Holocaust and anti-Semitism.

“We must not mince words; people need to know what led to the Holocaust, the unprecedented murderous drive to annihilate the entire Jewish people their religion, culture and values by the Nazis and their collaborators, primarily because of the unfounded belief that Jews were their foremost and extremely dangerous racial enemy,” he said.