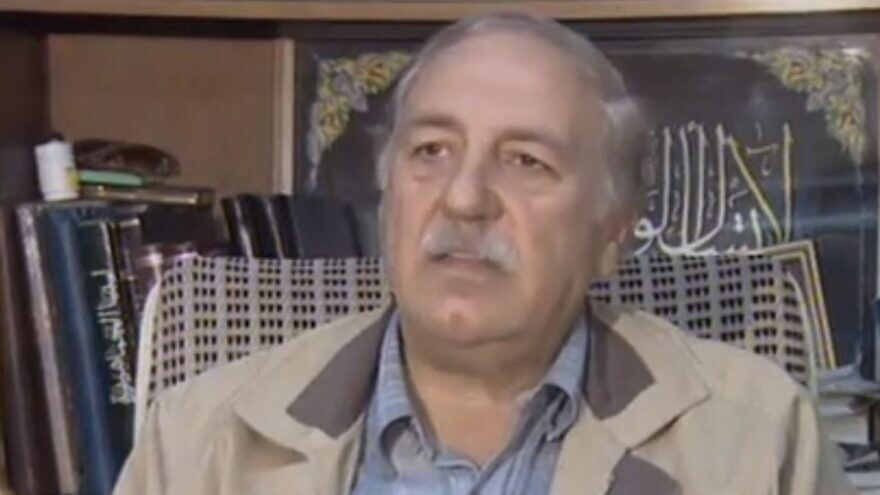 (July 8, 2021 / JNS) Ahmed Jibril, leader of a Palestinian terror group responsible for multiple hijackings, bombings and kidnappings, died in Damascus on Wednesday at the age of 83.

The Popular Front for the Liberation of Palestine-General Command (PFLP-GC), which he led, said he died at a Damascus hospital after having been sick for months, according to the AP. He reportedly had a heart condition.

The PFLP-GC carried out numerous high-profile attacks during the 1970s and 1980s, including the mid-air bombing of a Swissair jet from Zurich to Tel Aviv in 1970, killing all 47 onboard.

In 1985, the PFLP-GC negotiated a prisoner exchange with Israel in which it traded three Israeli soldiers captured in the First Lebanon War for 1,150 security prisoners, including Sheikh Amed Yassin, a founder of Hamas. The deal was called the Jibril Agreement.

The PFLP-GC is a U.S.-designated terrorist group. According to a 2004 U.S. State Department report, Jibril founded the organization in 1968, after splitting from the PFLP that year, “claiming it wanted to focus more on fighting and less on politics.”

Jibril was born in Jaffa in 1938, the son of a Palestinian father and a Syrian mother. His family later moved to Syria, where he joined the Syrian army and became an officer. His group supported Syrian President Bashar Assad during the country’s civil war, according to AP.