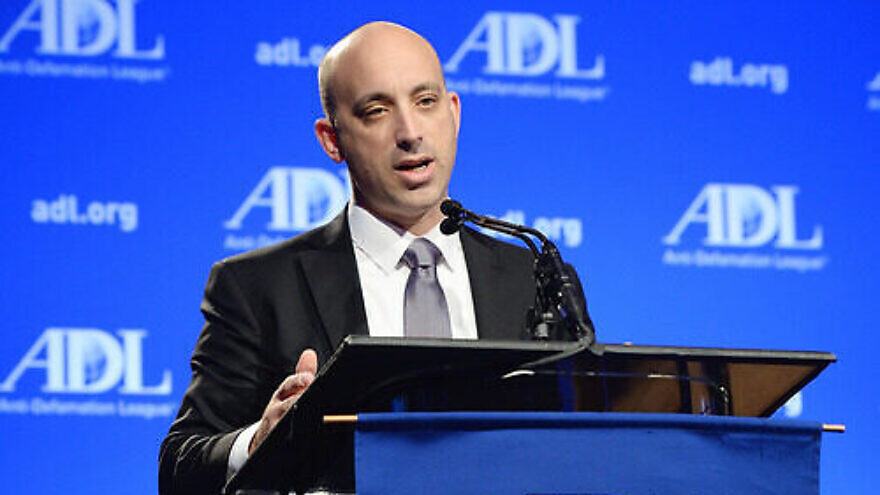 (April 27, 2021 / JNS) Anti-Semitic incidents in the United States declined slightly in 2020, but remain at a near all-time high, according to the Anti-Defamation League’s annual Audit of Antisemitic Incidents.

The report, which was released on Tuesday, revealed a total of 2,024 anti-Semitic incidents in 2020 nationwide—an average of five incidents a day—down from 2,107 in 2019.

Five states—New York, New Jersey, Pennsylvania, Florida and California—accounted for nearly 57 percent of all incidents or more than 1,100 acts of Jew-hatred. Only 10 states reported five or fewer anti-Semitic incidents in 2020; among them were Hawaii, North Dakota and Wyoming, which reported no incidents at all.

Each one of these occurrences “are not just statistics, they have people behind them,” said Rachel Grinspan, director of community affairs for ADL’s NY/NJ Region, during a Zoom presentation of the audit’s findings. These acts “affect individuals, congregations and communities.”

Though it initially seemed as though the numbers of anti-Semitic incidents in 2020 would surpass previous years—January and February accounted for around 440 incidents alone—the number of incidents plummeted in March when nationwide coronavirus lockdowns kept people at home and instances somewhat in check.

Still, despite people shuttered at home—and in some measure because of the increased use of online devices—2020 still managed to record the third-highest number of anti-Semitic incidents since the ADL began keeping track in 1979. The pandemic, said Jonathan Greenblatt, CEO and national director of the ADL, didn’t stop hate, it merely “reshaped” it.

Among that reshaping was what Greenblatt called a “stunning,” 40 percent increase in Zoombombing with 196 incidents, 114 of which, the report said, “directly targeted religious, educational or cultural webinars conducted by Jewish institutions, including synagogues and schools.”

Zoombombing is a term used to describe the hacking or “hijacking” of an online program, and in the case of anti-Semitic incidents, it meant white supremacists or others hacking a Jewish site and replacing the content with anti-Semitic images, words or pictures.

‘America has a hate problem’

This year’s audit also found that incidents of harassment rose 10 percent in 2020, accounting for 1,242 of the total anti-Semitic incidents; while the number of assaults was down some 50 percent. And unlike in 2019, when several Jews were killed in anti-Semitic attacks, no Jews were killed in 2020, the first time since 2017. Greenblatt noted that the audit’s release came on the second anniversary in the secular calendar of the murder of Lori Gilbert Kaye, who was shot during a shooting attack on Chabad of Poway, Calif., during Shabbat-morning Passover services in 2019.

Greenblatt said that anti-Semites are “elusive,” and that anti-Jewish hatred, while often thought of as the oldest hatred in the world, is really the most persistent—spreading and finding new spots for its “toxins,” such as the rise in COVID-19-related conspiracy theories blaming Jews or the Jewish state for the rise of the pandemic.

Also speaking during the presentation was Karl Racine, attorney general for the District of Columbia and president of the National Association of Attorneys General.

“America still has a hate problem,” he said, noting that trends indicate anti-Semitism is remaining at a “high level,” and that people need to do more to persuade their friends to treat people the way they’d want to be treated. “We are all each other’s neighbors.”

Racine also made a case for the importance of the passage of the so-called “Jabara-Heyer No Hate Act,” named in memory of two victims of hate crimes, in Congress. The bipartisan legislation is currently making its way through the halls of Washington would provide increased funding for training law enforcement on hate crimes; offer grants to states to create hate-crime hotlines; and improve the reporting of hate crimes nationwide.

Interviewed by JNS after the release of the ADL report, Michael Masters, the national director and CEO of the Secure Community Network, the security arm of the Jewish Federations of North America and the Conference of Presidents of Major American Jewish Organizations, said that the audit results “confirm the trends that we have seen online and in our communities: troubling levels of anti-Semitic incidents, threats of violence and acts of assault.”

“The ADL and SCN are today working more closely than ever to address the issues of hate, extremism, safety and security that impact the Jewish community and the whole of our country,” he said. “Notwithstanding those who hate and wish us harm, we are committed to working together and are stronger when we do so.”