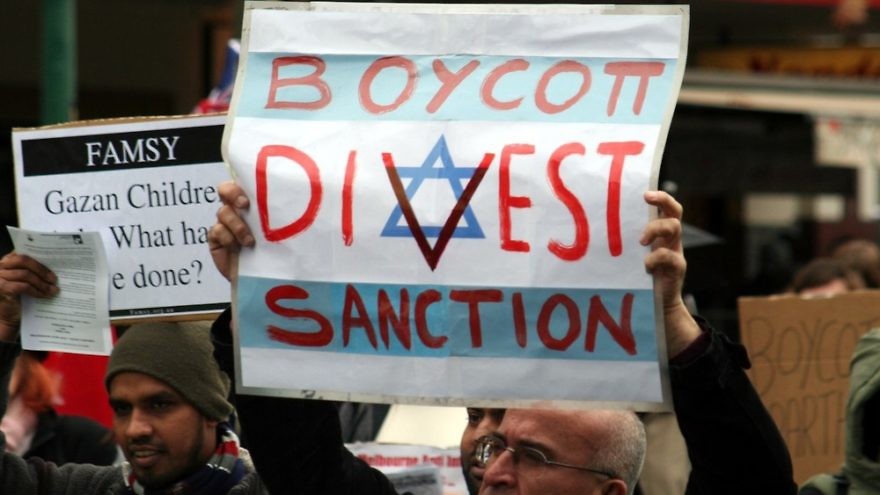 The Arkansas Times, represented by the American Civil Liberties Union, is appealing a June decision by the 8th U.S. Circuit Court of Appeals, which ruled that an Arkansas law limiting state business with those who refuse to sign a pledge not to boycott Israel is not a violation of the First Amendment.

The 9-1 decision in the case of Arkansas Times LP v. Waldrip, made by the entire court, reversed a ruling by a three-judge panel that the law was unconstitutional. It is the first full federal appeals court ruling on state anti-BDS laws, which around 35 states have enacted. The court ruled that Arkansas Act 710, called “An Act To Prohibit Public Entities From Contracting With and Investing in Companies That Boycott Israel; And for Other Purposes,” only regulates business activity, not expressive conduct, and thus raises no issues under the First Amendment.

Attorney and policy specialist Joseph Sabag, executive director of Israeli-American Coalition for Action, led the drafting of anti-BDS legislation in a number of states, including Arkansas. He told JNS that the appeals court decision is likely going to be the final word on the matter.

“I think it’s a pretty low expectation that the Supreme Court would actually accept this case, because it is lacking one of the really key dynamics that you would tend to look for, with that hallmark being a circuit court split,” Sabag said, noting that while other courts have issued injunctions against various state boycott laws, none of those cases were actually decided, with the various state legislatures subsequently either withdrawing or amending the laws.

Just weeks ago, the U.S. Court of Appeals for the Fifth Circuit overturned a lower court decision awarding five Texas business owners $342,000 in legal fees stemming from their challenge to a state law barring government contracts for companies that boycott Israel. That case also involved an injunction against the law, which was later mooted following the legislature’s amending of the statute. The appeals court found that under the circumstances of the case, the lawsuit’s success in obtaining a short-lived injunction didn’t make the business owners “prevailing parties” under federal civil rights law.

“The ACLU has been running around trying to count the fact that they’ve obtained injunctions as being the equivalent of having obtained a merits-based ruling. And the Fifth Circuit decisively ruled that, no, you can’t run around claiming that just because you’ve obtained injunctions, you have successfully now challenged the constitutionality of these laws,” said Sabag, explaining that the Texas legislature had already planned changes to the law before the lower court ruling on attorney’s fees.

The Supreme Court could take anywhere from a few weeks to months to make a decision on whether to hear the Arkansas Times case. The high court already agreed to hear oral arguments this coming term in the case of 303 Creative LLC v. Aubrey Elenis, which is a challenge to Colorado’s discrimination law. In that case, the owner of a wedding website design company refuses to service gay couples. The court said in February that it will decide “whether applying a public-accommodation law to compel an artist to speak or stay silent violates the Free Speech Clause of the First Amendment.”

Sabag said that the court already taking up a case based on free speech expression through commercial conduct lessens the likelihood of it being eager to take on another with a similar profile.

The Times sued the University of Arkansas because it would have needed to accept a 20 percent discount in advertising rates to do business with the UA’s Pulaski Tech campus after refusing to sign a pledge against boycotting Israel. The Times said while it had not participated in any type of debate about the law in its paper, it refused to comply with the law on principle.

The appeals court wrote, in part, that “under Arkansas’s canons of statutory interpretation, we think the Arkansas Supreme Court would read Act 710 as prohibiting purely commercial, non-expressive conduct. It does not ban Arkansas Times from publicly criticizing Israel, or even protesting the statute itself. It only prohibits economic decisions that discriminate against Israel. Because those commercial decisions are invisible to observers unless explained, they are not inherently expressive and do not implicate the First Amendment.”

As for whether the state law “compelled” speech, the court wrote, “We are not aware of any cases where a court has held that a certification requirement concerning unprotected, nondiscriminatory conduct is unconstitutionally compelled speech. A factual disclosure of this kind, aimed at verifying compliance with unexpressive conduct-based regulations, is not the kind of compelled speech prohibited by the First Amendment.”

Marc Stern, chief legal officer for the American Jewish Committee, said in a statement at the time that “this was the first appellate test of laws that combat the Boycott, Divest and Sanctions movement, whose primary aim is to eliminate the State of Israel. The 8th Circuit unequivocally affirmed that such laws do not infringe on the First Amendment. As the court noted, Arkansas has broad power to regulate economic activity, and taking a position on a boycott does not inhibit free speech.”