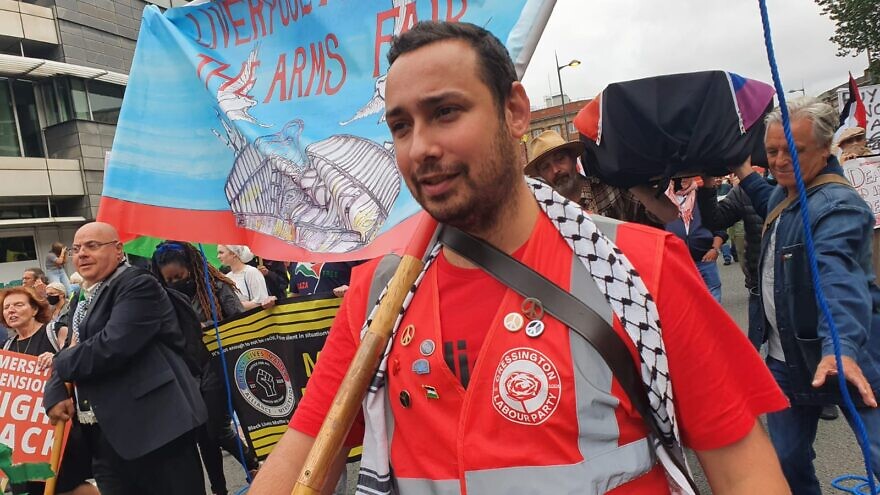 (September 14, 2021 / JNS) A member of the British Labour Party who was recently reinstated after being suspended last year was reported to the party again after chanting for Israel’s destruction.

Labour councillor Sam Gorst joined former Labour leader Jeremy Corbyn at an anti-arms rally on Sept. 11 and was filmed chanting “From the river to the sea, Palestine will be free,” which calls for the genocide of Israel.

On Saturday night, the group Labour Against Antisemitism (LAAS) reported Gorst to the Labour Party for a second time. It said, “Given Cllr Gorst has only recently returned from a suspension, the next logical step is his expulsion and we trust this will be forthcoming.”

LAAS wrote on Twitter on Monday: “Chanting 4 a genocide of Jews is anti-Semitic. Neither councillors, MP’s nor any elected officials should allow themselves to be associated with this. Not exactly a Happy New Year message from the City. No other community would or should tolerate such treatment. Why should we?”

Gorst claimed in a statement that he was being bullied and that his record “stands for itself.”

“They will not break me with their nastiness, especially when all I am doing is showing opposition to injustices of the world,” he added.

Gorst was cleared by the Labour Party of anti-Semitism allegations in 2019 under Corbyn’s leadership and then suspended for 12 months in 2020 for reasons that were not made public.

He has a history of making remarks that target Israel and Jews, such as saying there is no way to “differentiate between Nazism and Zionism,” as well as promoting the allegation that Israel killed African-American George Floyd in May 2020, according to The Jewish Chronicle.