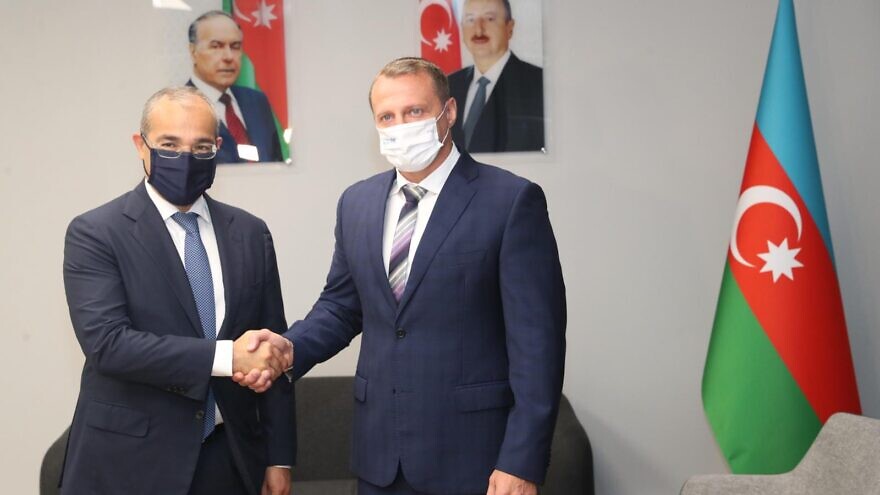 (November 20, 2022 / JNS) Azerbaijan’s parliament on Friday initiated the process of opening an embassy in Israel, making it the first Shi’ite Muslim-majority country do so.

“Azerbaijan is an important partner of Israel and home to one of the largest Jewish communities in the Muslim world,” Prime Minister Yair Lapid said in a statement following the development. “The decision to open an embassy reflects the depth of the relationship between our countries. This move is the result of the Israeli government’s efforts to build strong diplomatic bridges with the Muslim world,” he added.

Israel buys 40% of its oil from Azerbaijan, and supplied 27% of Azerbaijan’s major arms imports from 2011 to 2020, including 69% from 2016 to 2020, according to the Stockholm International Peace Research Institute.

Both Israel and Azerbaijan see Iran as a threat.
Republish this article in your newspaper or website