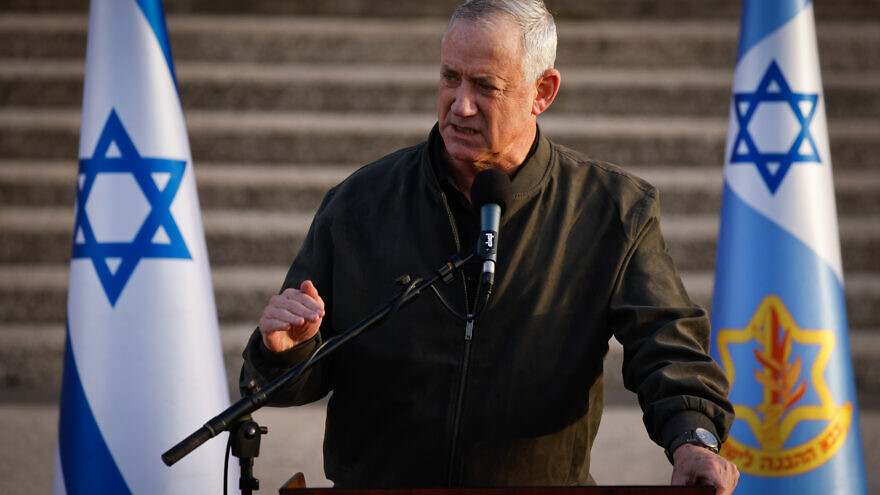 Gantz met with Azerbaijan’s president, Ilham Aliyev, during his visit.

He was also greeted with an honor guard ceremony at the Ministry of Defense and met with his counterpart, Colonel General Zakir Asker oghlu Hasanov.

During his visit, Gantz stressed the necessity of sustaining strategic relations between Israel and Azerbaijan, as well as continuing to fight for regional and global peace and stability. The defense minister highlighted the developments in the Middle East since the signing of the Abraham Accords and Israel’s growing ties with Turkey and other countries in the region and around the world.

Last April, Azerbaijan opened its first tourism office in Israel and signed a cooperation agreement, but April 2022 marked the 30th anniversary of the establishment of diplomatic ties between the two nations.

Both Israel and Azerbaijan see Iran as a threat. Azerbaijan fears Islamist influence.

Israel buys 40 percent of its oil from Azerbaijan.

Israel supplied 27 percent of Azerbaijan’s major arms imports from 2011 to 2020, including 69 percent from 2016 to 2020, according to the Stockholm International Peace Research Institute.