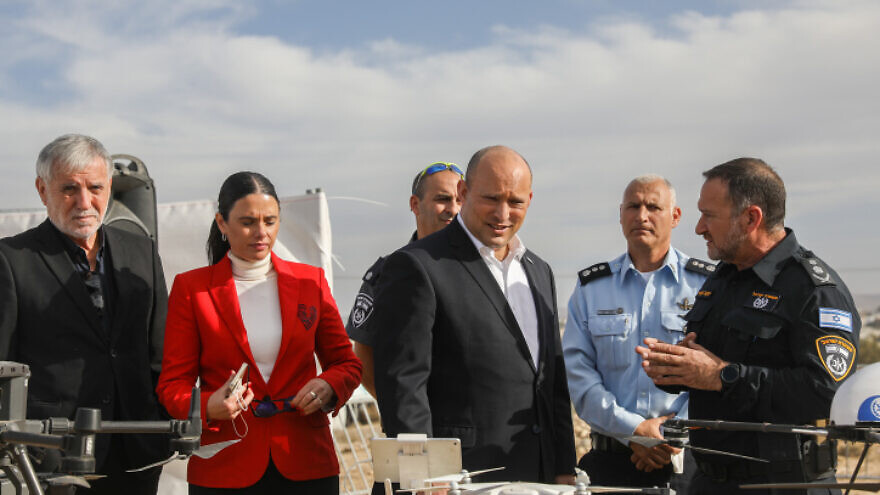 (December 7, 2021 / Israel Hayom) With violence on the rise in the Negev Desert region, Israeli Prime Minister Naftali Bennett, along with several ministers and other officials, met on Monday with the heads of local authorities in southern Israel.

Stopping at an observation point from which they could view the Bedouin city of Rahat to receive a briefing from security forces, the prime minister said, “We aren’t waiting, and the neglect is behind us. This is on our watch, and the responsibility is ours.”

He noted that the state budget passed by the government included a “significant increase in resources for enforcement and a decision on the regulation of the settlements—and now we are heading out on our path. We won’t kick the ball down to the next government; we are taking responsibility.”

He added: “I hear your cries; sensible things are being said here. We will bring additional forces to reinforce the south, and we will allocate tens of millions of shekels to this end. Crime in the Arab sector is not the sector’s [problem], but a [problem] for all of us. There are militias here that operate as if in the Wild West. After many years of neglect, in which crime reached intolerable dimensions, we are moving from defense to offense.”