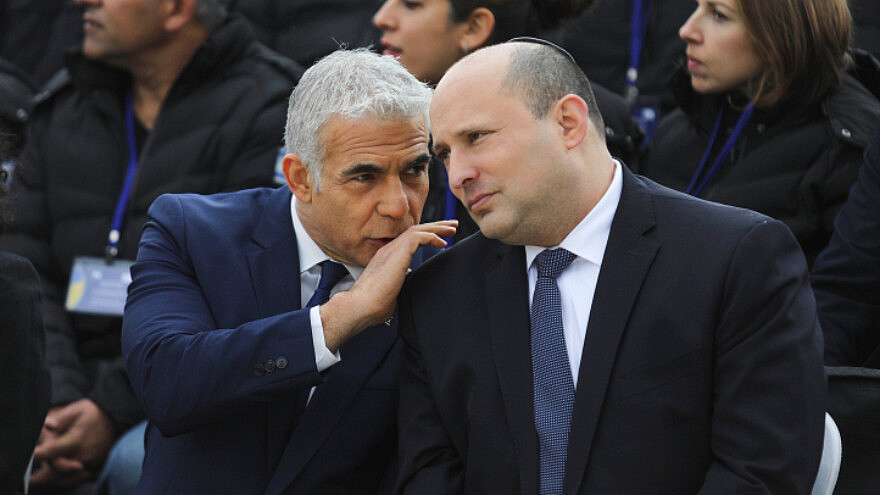 (October 9, 2022 / JNS) Israeli Alternate Prime Minister Naftali Bennett is thinking of stepping down from the role immediately after the upcoming national election.

Bennett, who is not a candidate for the Knesset in the November 1 vote, is considering the move despite the possibility that it will fail to produce a stable coalition and that Prime Minister Yair Lapid could continue to serve in his current capacity for up to six months as part of a transitional government.

Under the law, the prime minister must be a member of the Knesset, but other cabinet members do not.

The Justice Ministry examined the question of whether Bennett can continue to serve as alternative prime minister after the election. A committee led by Attorney General Gali Baharav-Miara ruled he can indeed continue to serve in the post, citing as precedent when Prime Minister Ehud Olmert continued to serve as premier from February 25 to March 31, 2009, despite not being a member of the legislature, in the aftermath of an election and until a new government was established.

Interior Minister Ayelet Shaked, Bennett’s former political partner, has asked him to transfer to her his veto powers under his agreement with Lapid, in the event that he leaves his post before the formation of the next government.

Shaked’s office said she views the preservation of the veto power as having “supreme importance” in order to safeguard the power of the political right under the current government structure.

Bennett’s office said in a statement that he would continue to serve as alternative prime minister until the election, at which point he will “make a decision on his future path according to the conditions.”