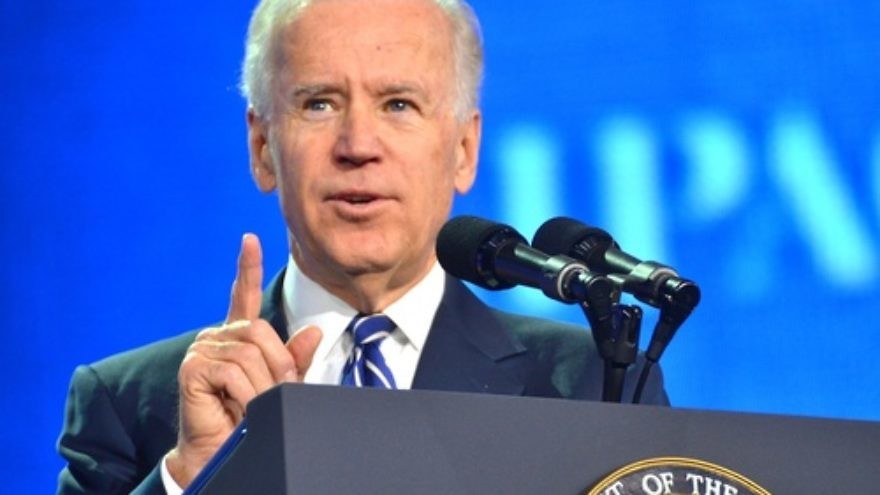 (April 28, 2020 / JNS) Former U.S. Vice President and presumptive 2020 Democratic presidential nominee Joe Biden honored the one-year anniversary of the shooting at Chabad of Poway in Southern California, where a 60-year-old Lori Kaye was killed and three others injured on April 27, 2019, including the synagogue’s senior rabbi, Yisroel Goldstein.

He has since retired. His son, Rabbi Mendel Goldstein, now leads the congregation.

He also released a three-point plan on how he would protect those targeted by anti-Semitism and hate-motivated attacks.

“These are acts of terrorism, plain and simple,” Biden told the Jewish Telegraphic Agency on Monday. “They are bound together by the common thread of perpetrators using fear and violence to undermine individuals’ ability to freely exercise their faith.”

The plan would include increasing funding by “multiples” for the U.S. Department of Homeland Security’s Nonprofit Security Grant Program.

“Upon taking office, Biden will convene the faith-based community with DHS to identify an appropriate funding allocation,” said the plan alongside Biden’s statement.

The third part of the plan would be to “convene faith communities to consider ‘whole of society’ reforms that would address hate attacks, including improving information sharing among law enforcement agencies, improving mental health care as a means of inhibiting the violence and demanding that “social media and technology platforms do more to root out toxic extremist content,” reported JTA.