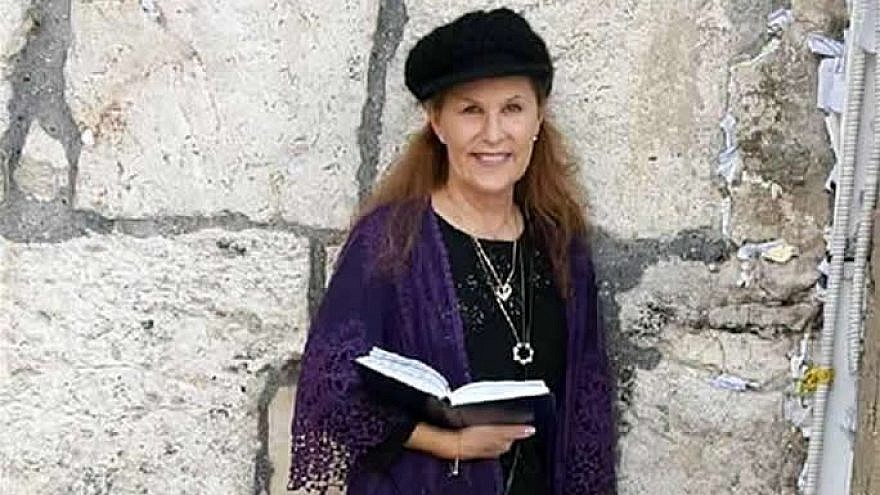 (April 17, 2020 / JNS) For thousands of synagogues across America, Passover marked the first time in history that their doors were closed for Yizkor. For Chabad of Poway in Southern California, it was the second time.

One year ago, as the Torah was being read on Shabbat morning, just moments before 60-year-old Lori Kaye planned to join the congregation in saying Yizkor for her mother, a lone gunman entered the synagogue lobby and shot her, killing her on the spot. As scores of first responders converged on the scene, services came to a halt. The Chabad center was closed, with congregants made to leave.

As Poway’s Jewish community prepared to mark her first yahrtzeit, their synagogue is again shuttered—this time to help slow the spread of the coronavirus. Hundreds of Yizkor services, however, still took place in private homes.

For Rabbi Mendel Goldstein, who has stepped into the role of Chabad of Poway’s rabbi in place of his father, Rabbi Yisroel Goldstein, who was permanently injured in the attack on April 27, 2019, it brought to mind the aftermath of that horrific day.

“A few dozen congregants joined me in my home, where we concluded the service,” he said. “By the time we reached Yizkor, we had received the terrible news that Lori was no longer among the living, and we recited the memorial prayer for her mere hours after she passed away.”

Poway’s Jewish community united, rallying around their synagogue and lost congregant. Hundreds attended a funeral service remembering a woman who thought of others before herself. Communities around the world remembered Kaye by going to synagogue on Shabbat, putting on tefillin, lighting Shabbat candles and responding to evil with acts of goodness.

Just weeks after the shooting, the community gathered to dedicate a Torah scroll in Lori’s memory. The final letter was written by her husband, Howard.

In Poway this year, there were no yahrtzeit gatherings and no communal Yizkor services while congregants are home to save lives amid the COVID-19 pandemic. But on Thursday morning, Goldstein walked to the synagogue in solitude in compliance with social-distancing measures. He opened the aron kodesh, the holy ark, touched Lori’s Torah and said a prayer for her, and for the family and community she left behind.

This article originally appeared on Chabad.org/News.