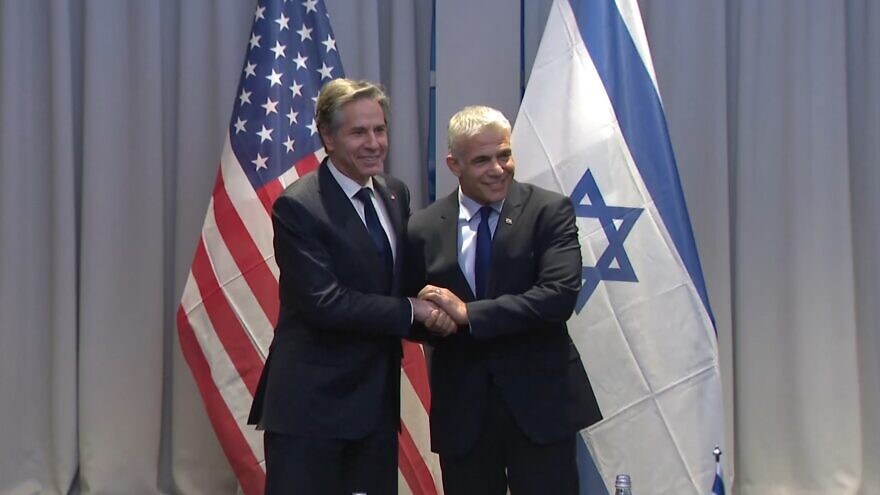 “We appreciate all efforts by friends and allies to look for a diplomatic resolution,” said Blinken. “Unfortunately, Russia chose not to pursue the path of diplomacy; it chose aggression, and now we have to all contend with that.”

The meeting in the Latvian capital followed a weekend when Israeli Prime Minister Naftali Bennett visited Moscow to meet directly with Russian President Vladimir Putin, in addition to traveling to Berlin to talk with German Chancellor Olaf Scholz as part of a larger push to help bring an end to the Russian invasion of Ukraine.

Unlike most other Western countries, Israel has maintained open lines of communication with Putin while also supporting Ukraine during the Russian onslaught.

Lapid said that Israel “is totally committed to doing everything possible to stop the war in Ukraine. We have condemned the Russian invasion, and we still do, and Israel is a partner in the global effort to make sure and clarify that this war must be stopped.”

He continued, saying “the way to stop a war is to negotiate. Israel is speaking with both sides—with Russia and Ukraine—and we are working in full coordination with our greatest ally the United States and our European partners.”