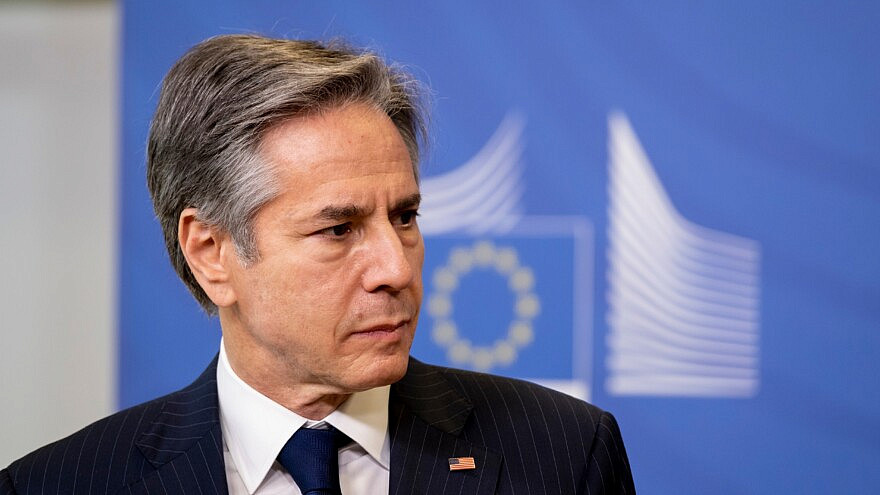 (June 8, 2022 / JNS) U.S. Secretary of State Antony Blinken reiterated on Tuesday that the circumstances surrounding last month’s death in Jenin of an Al Jazeera journalist remain unclear, and declined to attribute culpability to any party.

Shireen Abu Akleh was killed on May 11 during clashes between Israeli security forces and Palestinian gunmen.

“I’m sorry, with respect, they [the facts] have not yet been established,” Blinken said after a reporter asked him why there have been “absolutely no repercussions” for Israel.

The Palestinian Authority almost immediately blamed Israel for Abu Akleh’s death, and launched a unilateral probe into the killing despite Israeli Prime Minister Naftali Bennett’s offer to “conduct a joint forensic analysis based on all the documentation and findings available in order to uncover the truth.”

The P.A. has since refused to release the bullet that killed Abu Akleh, despite widespread calls to do so, including from U.S. lawmakers.

A CNN report claimed Abu Akleh had been killed by Israeli forces in a “targeted attack.” That report was panned by the Israel Defense Forces as “lack[ing] any basis,” and Israeli Foreign Minister Yair Lapid in a recent phone call with his U.S. counterpart labeled its findings “biased.”

On Tuesday, Blinken said Washington is “looking for an independent, credible investigation. When that investigation happens, we will follow the facts, wherever they lead. It’s as straightforward as that.”