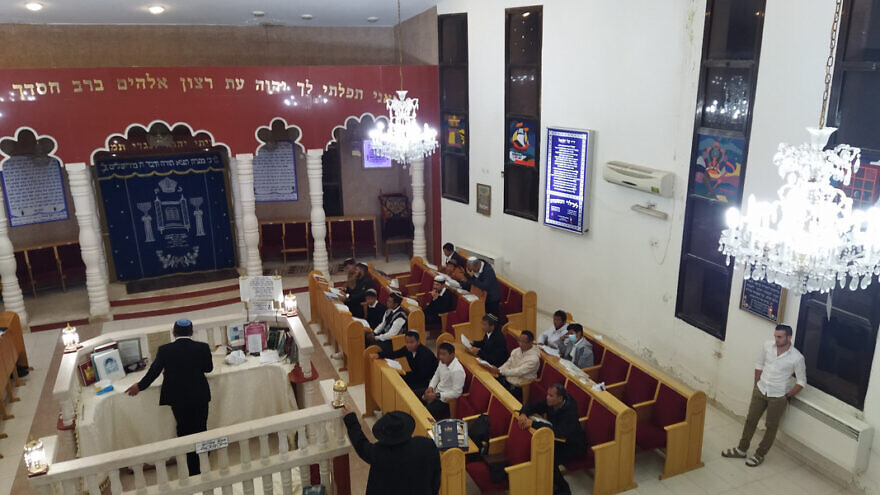 (November 23, 2022 / JNS) On Saturday, Bnei Menashe immigrants from India dedicated the Eliyahu Hanavi Synagogue, their first-ever house of prayer in Israel, in the northern city of Nof Hagalil.

About 150 worshippers attended the inauguration.

“The opening of the first synagogue in Israel for the Bnei Menashe is an historic and exciting event,” said Michael Freund, chairman and founder of Shavei Israel, an NGO which promotes the immigration of Bnei Menashe, according to a press statement.

The Bnei Menashe, or sons of Manasseh, claim descent from one of the Ten Lost Tribes of Israel, exiled by the Assyrian Empire more than 2,700 years ago. Their ancestors wandered through Central Asia and the Far East before settling in what is today northeastern India along the borders of Burma and Bangladesh, according to Shavei Israel.

Nof Hagalil’s mayor, Ronen Plot, has worked closely with Shavei Israel and the community on both projects.

“We are grateful to Mayor Ronen Plot and the city’s residents for their warm welcome of Bnei Menashe immigrants. I pray that the synagogue, named after Eliyahu Hanavi—the prophet Elijah who, according to Jewish tradition, will portend Israel’s redemption—will play an important role in the integration of the Bnei Menashe into Israeli society,” Freund said.