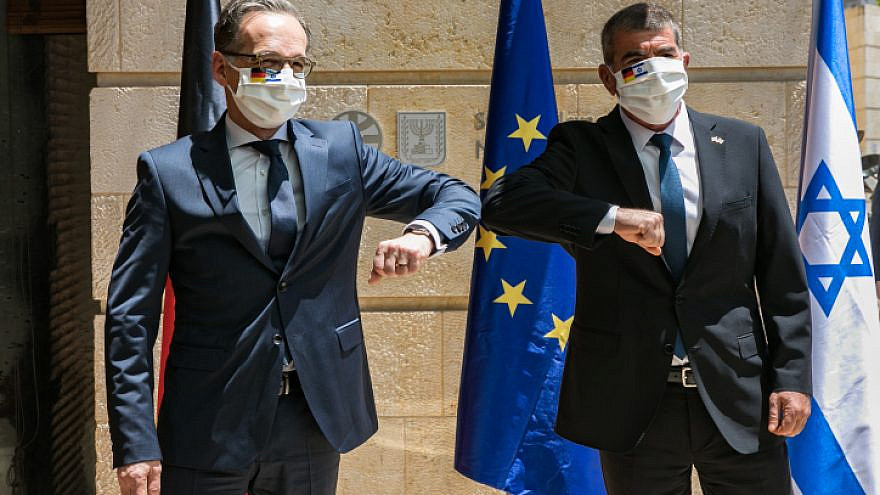 (January 6, 2021 / Israel Hayom) The past year was relatively successful in terms of Israel’s relationship with Europe, according to a survey presented by Israeli Foreign Minister Gabi Ashkenazi on Monday to the Jewish state’s ambassadors to European countries.

Among the accomplishments listed in the study were the ratification of the “Open Skies” agreement between Israel and the European Union; progress in including Israel in “Horizon Europe,” an ambitious E.U. research and innovation framework slated to run between 2021 and 2027; the recognition of Hezbollah as a terrorist group by Germany, Austria, Estonia, Slovenia, Lithuania, Latvia and the Czech Republic; and the increase in support for Israel by United Nations member states in the international body.

Other items included the visit to Israel during the coronavirus pandemic of 12 European foreign ministers, as well as the adoption of the International Holocaust Remembrance Alliance’s definition of anti-Semitism.

In a particularly surprising development, Sweden, widely considered to be the European country most hostile towards Israel, also adopted the IHRA definition. Stockholm has lately been trying to persuade France to agree to reconvene the Association Council, the main body handling relations Israel-E.U. relations, which has not met since 2013 as a form of protest by the E.U. over the lack of progress with the peace process.

A senior ministry official said at the meeting that the Palestinian cause remains the most important for Europe, but that while this had initially colored the European response to the Abraham Accords, there had subsequently been a shift.

“They originally had a cold reaction to the peace agreements. It took a while for them to understand that from their point of view, nothing negative has happened, that the agreements will not lead to the neglect of the Palestinian cause,” said the official.

Israel-Europe relations will be the ministry’s No. 1 priority in 2021, said Ashkenazi.