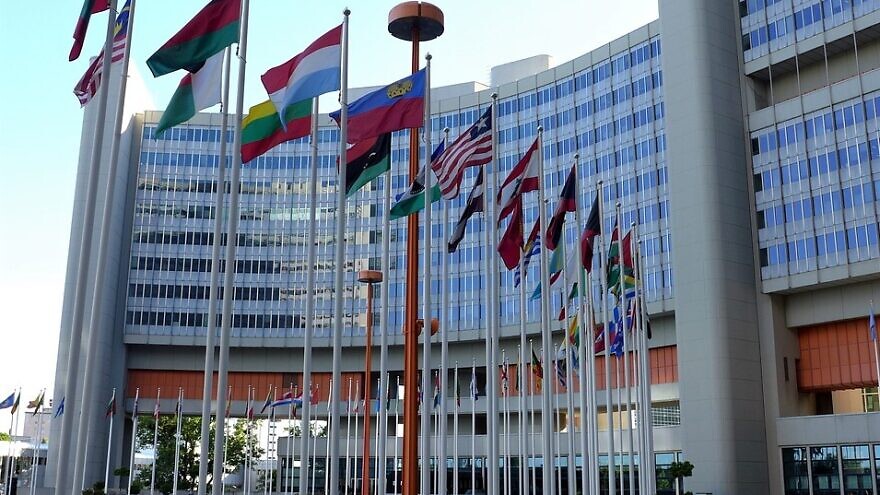 (June 16, 2022 / JNS) Following the condemnation of a controversial U.N. investigation into Israeli actions by 21 countries, the Conference of Presidents of Major American Jewish Organizations praised the group and urged an end to the Human Rights Council’s Commission of Inquiry.

“Israel remains the only member state in the history of the U.N. that has been singled out for taking a defensive military action to protect its civilian population from indiscriminate violence,” read a Thursday statement from Conference of Presidents chair Dianne Lob, CEO William Daroff and vice chair Malcolm Hoenlein.

The statement blasted the Commission of Inquiry’s initial report released last week, which fails to mention any existential threat facing Israel, including from the terrorist Hamas group. The report framed Israel as the root cause of regional conflict and the sole party to blame for ongoing strife with the Palestinians.

The commission came under fire from Israeli supporters from the start. It was the first U.N. investigative body ever created with an open-ended mandate, which will allow it to investigate any alleged or potential Israeli human-rights abuses from any point in time, dating all the way back to the country’s founding.

The Conference of Presidents and many of its members, including AIPAC, the American Jewish Committee, CAMERA, Hadassah and the Women’s Zionist Organization of America, have urged other U.N. member states to join the resolution condemning the Commission of Inquiry.