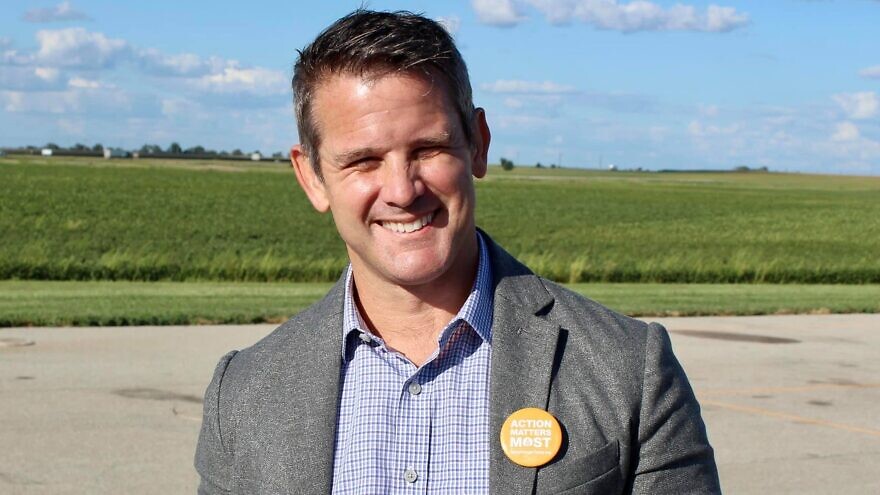 (March 21, 2022 / JNS) A Republican member of Congress suggested that future aid to Israel from the United States could be at stake if Israel does not begin supporting Ukraine against its invasion by Russia.

On Sunday, Ukrainian President Volodymyr Zelensky addressed the Knesset, where he criticized Israel’s neutrality on the conflict, preferring to mediate between the two sides.

His main questions were why Israel has not joined the West’s sanctions regime against Russia and if the Jewish state could provide use of the Iron Dome missile-defense systems.

Retweeting a summary of Zelensky’s speech by an Israeli journalist, outgoing Rep. Adam Kinzinger (R-Ill.) tweeted that Israel’s reaction to Ukraine should have an effect on future aid from the United States.

Despite criticism, Kinzinger later doubled down on the ultimatum in more detail, while clarifying his support for Israel.

“I deeply support our relationship with Israel. But supporting friends doesn’t mean we look past differences,” he tweeted. “We have stood with Israel and will continue to do so. But at the moment, there is a battle between good and evil—between a world based on raw power or one based on the post-World War II rules. Everyone must pick a side.

“The outcome of this fight,” he continued, “will impact the world my son grows up in, and now is the time to call anyone to the carpet who does not do their utmost. If we don’t want to directly attack Russia, then our leverage is in the world uniting in sanctions and assistance for the people of Ukraine. This includes everyone, and Israel doesn’t have a special exemption.”

Kinzinger’s statements met with a mix of support and criticism with some pointing out the number of refugees Israel has taken in, as well as aid such as erecting a field hospital across the Ukraine-Poland border.

Zelensky’s speech had a mixed reception in pro-Israel circles.

“How dare you lecture Israel about its national moral responsibility and urge it to take on additional dangers. As we speak, the West is about to give genocidal Jew-killers a nuclear bomb. Have you ever spoken out against this?” he tweeted. “As the leader of a country that was the site of some of the greatest Jew massacres, in which your countrymen were all too often eager perpetrators, don’t you have a ‘moral duty’ to use your newly minted celebrity to call out the Iran deal? No, got your hands full? Us, too.”