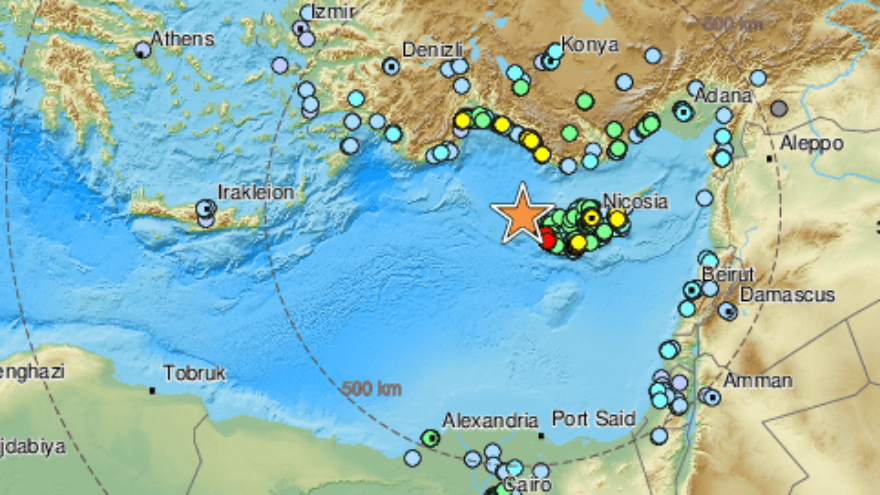 (January 11, 2022 / JNS) An earthquake measuring 6.6 on the Richter scale struck Cyprus early on Tuesday morning and was felt throughout much of Israel, according to the Israel Police.

Police reported receiving dozens of calls from concerned citizens throughout the country, from Beersheva in the south to Nahariya in the north. No injuries or damage were reported.

The Paris-based European-Mediterranean Seismological Centre (EMSC) tweeted shortly after the incident, providing a map of the quake’s impact.

The quake’s magnitude was listed on the EMSC website as 6.6.

Earthquakes are not uncommon in the region. According to the Geological Society of Israel, which tracks quakes felt in the country, there were 30 earthquakes felt by Israel between Nov. 30 and Jan. 11.