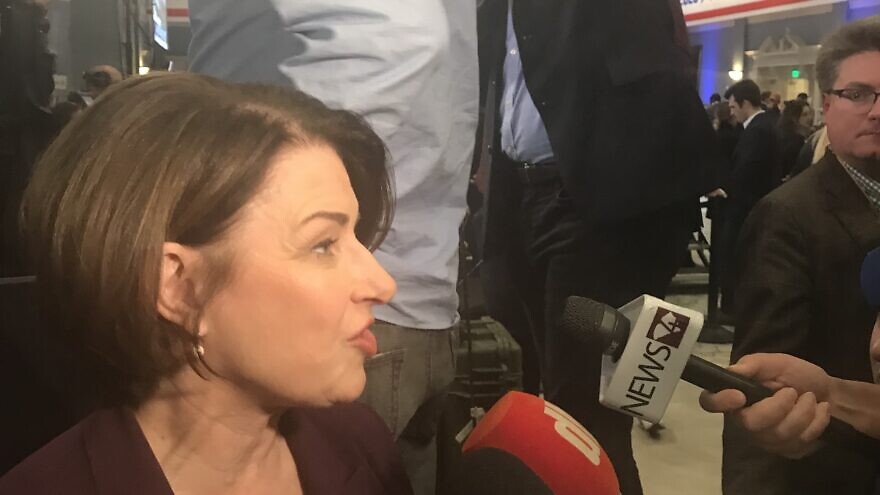 Following the Democratic debate at the Charleston Gaillard Center, in response to whether or not she would attend, Klobuchar replied “No” to JNS, citing that the conference coincides with Super Tuesday on March 3, when 14 states will hold their primaries.

Sanders announced on Sunday that he will skip the annual pro-Israel conference, scheduled for March 1-3 in Washington, D.C., with the final day falling on Super Tuesday, when 14 states will hold presidential primaries.

Warren relayed her decision via an answer to a question by a potential constituent at a town hall in New Hampshire earlier this month. AIPAC has declined to comment on the matter.

Buttigieg won’t be in attendance “due to a traveling conflict surrounding Super Tuesday,” reported Fox News on Tuesday.

It is unclear if former U.S. Vice President Joe Biden, billionaire Tom Steyer and Rep. Tulsi Gabbard (D-Hawaii) will be at the conference. Biden has said that he is willing to go.

Former New York City Mayor Mike Bloomberg is the only Democratic candidate confirmed to speak at the conference.