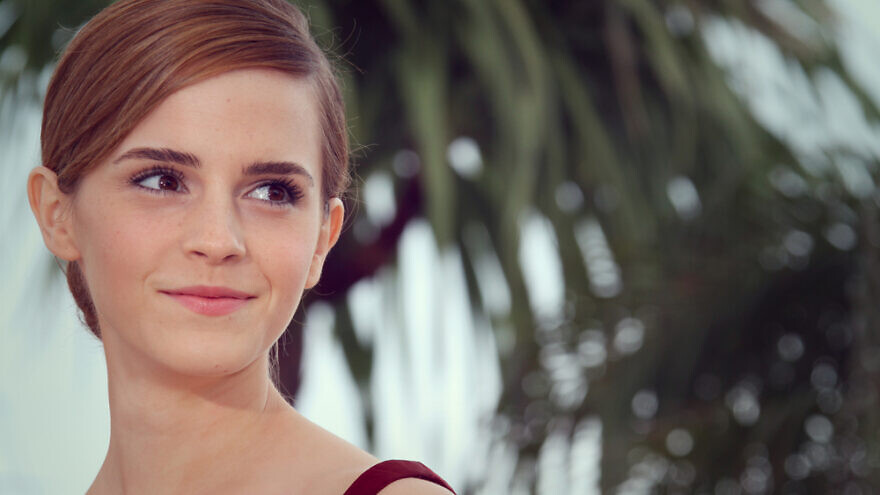 (January 3, 2022 / JNS) On the same weekend that Harry Potter, the series that made her famous, celebrated its 20th anniversary, the Instagram account belonging to Emma Watson released a post in support of a “Free Palestine.”

Watson, most famously known for her role as Hermoine Granger in the “Harry Potter” movie series, included a collage of photos, including images of Palestinian flags, with the words “Solidarity is a verb.” Whether Watson herself wrote the post, however, may be up for debate as it says on her website “Emma’s official Instagram has been taken over by an anonymous Feminist Collective.”

The group StandWithUs tweeted at the actress “about letting another group use your Instagram to post a message of support for Palestinians: We appreciate that it didn’t include hatred against Israelis, as is too often the case on social media. However, if you want to help, support the people of Israel as well. Groups that oppose Israel’s existence are already using your post to promote more division, conflict and hate.”

Israel Ambassador to the United Nations, Gilad Erdan, tweeted, “Fiction may work in Harry Potter but it does not work in reality. If it did, the magic used in the wizarding world could eliminate the evils of Hamas (which oppresses women & seeks the annihilation of Israel) and the PA [Palestinian Authority] (which supports terror). I would be in favor of that!”

The mention of a “Feminist Collective” in her bio may explain why Watson’s post appears to be a complete “repost” of one issued some 33 weeks ago by Bad Activist Collective, a group that on its website describes itself as exploring “topics of climate justice, environmentalism, racial justice, youth activism, disability justice, queer feminist theory, mental health, land and food sovereignty and dismantling systems of oppression and the ways that these topics are ever-evolving and intersecting.”

It is unclear why the post was retweeted now, but pro-Israel advocates noted the irony of the timing with it coming just a day after Hamas fired two rockets toward Tel Aviv.

At least one Jewish group came to the actress’s defense. Quoting Danon’s tweet, the pro-Palestinian group “If Not Now,” which is seeking to “end the Israeli occupation” tweeted, “The fact that people  are getting angry at Emma Watson for posting agraphic stand up for Palestinian human rights … is so exhausting.”