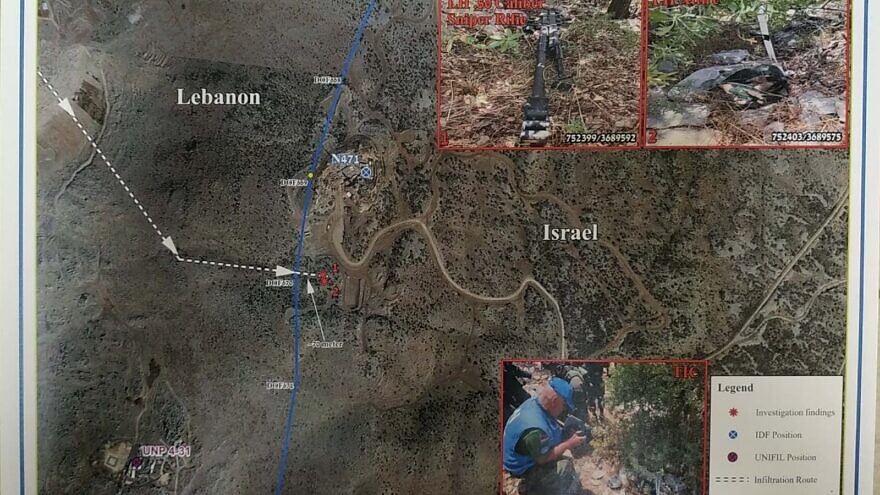 In an official letter of complaint to the members of the council, Erdan provided an intelligence photo that shows evidence of the terrorist cell’s route from Lebanon to the Mount Dov area in Israel via the Blue Line, contrary to Hezbollah leader Hassan Nasrallah’s false claims that no such infiltration took place.

The IDF first identified them and opened fire once they crossed the international border, saying the Hezbollah cell fled back into Lebanon. A few days later, another Iranian-backed cell attempted to plant an IED near an IDF installation in the Golan Heights. Both incidents came during a time of heightened tensions between Israel and Hezbollah.

“Hezbollah’s terrorist operations, which violate Security Council resolutions, could lead to disaster and wreak havoc on Lebanon. The role of the UNIFIL force is to prevent these operations and to prevent Hezbollah from turning southern Lebanon into its own terrorist base. If UNIFIL is unable to fulfill this mission, then its existence should be in doubt,” said Erdan.

Erdan’s request comes as the Security Council continues discussions on the continuation of UNIFIL’s mandate, which expires at the end of this month. In parallel discussions, Israel and the United States are leading a joint diplomatic effort to change the UNIFIL mandate so that it functions as an effective force, including broadening access and oversight capabilities in areas where Hezbollah operates.