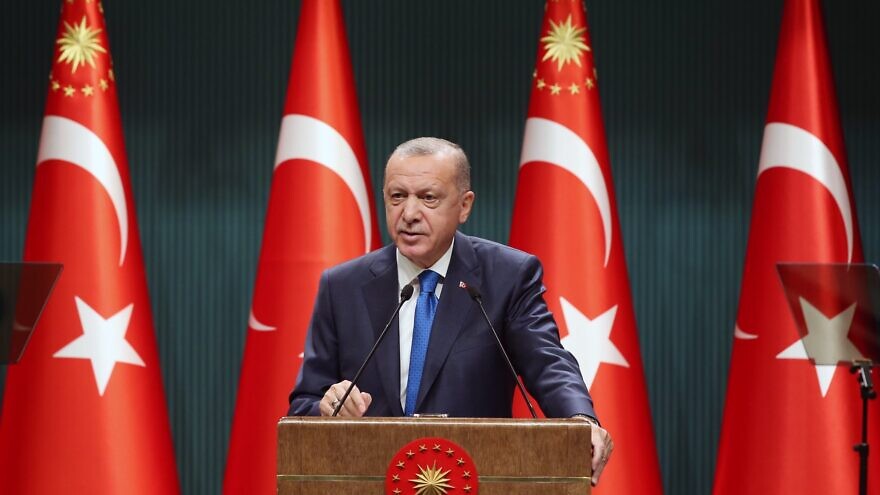 (April 18, 2022 / JNS) Turkey, Jordan and Morocco condemned Israel’s actions on the Temple Mount near the Al-Aqsa mosque in Jerusalem, despite the violence being sparked by Arab rioters.

In the Jordanian parliament on Monday, Prime Minister Bisher al-Khasawneh lauded those throwing stones at Israeli security forces in Jerusalem.

“I praise the Palestinians and members of the Jordanian Islamic Waqf who stand guard proudly, and those who throw stones at the Zionists who desecrated the Al-Aqsa mosque with the support of the Israeli government,” he said, according to the report.

“Turkey always stands with Palestine,” he added, according to Reuters.