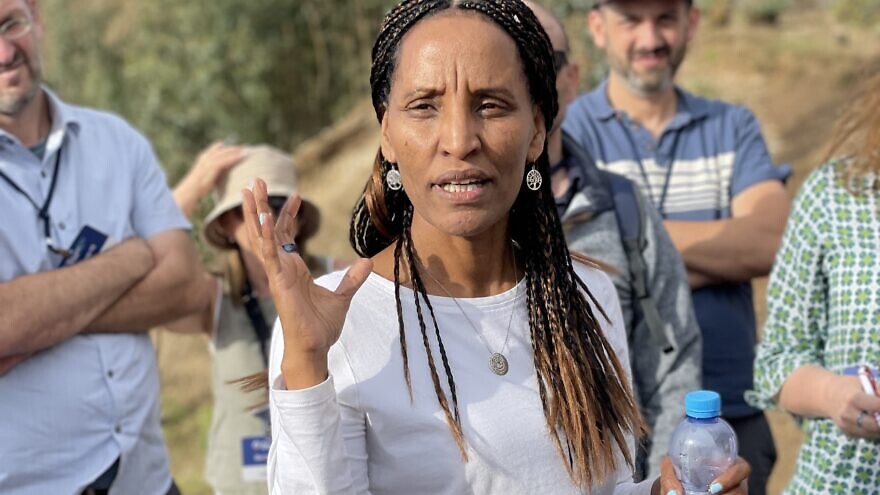 (June 13, 2022 / JNS) Sigal Kanotopsky—Ethiopia-born, Israel-bound and recently resettled in Philadelphia—speaks of her identity simply: “I am a Jew and an Israeli born in Ethiopia.”

But her identity was not always so concisely defined. Kanotopsky, now 46, arrived in Israel by way of Sudan when she was 5 years old and now serves as director of the Jewish Agency in the Northeast Region of the United States.

Originally from the small, rural village of Merevah in northwest Ethiopia, Kanotopsky grew up thinking that their “tiny Jewish community was the only one on earth” and that her family would once make it to Jerusalem, a place with golden walls and a river of milk and honey. As a child, when Sigal saw birds flying north, she would tell the birds, “Storks, carry words of peace to Jerusalem!”

Speaking to a group of journalists, Jewish Agency for Israel staff and dozens of leaders from Jewish Federations of North America (JFNA), she recalled absorbing a strong faith and belief from her parents that one day they would be “back home,” and at any moment, that journey might begin.

Ethiopian immigration to Israel began on a small scale in the 1950s. Prior to 1977, when dictator and Marxist Mengistu Haile Mariam came to power in Ethiopia, Jews were permitted to make aliyah, but by the end of the 1970s, according to the Jewish Agency for Israel, immigration to Israel from Ethiopia turned into one rescue, as Jews were being persecuted for engaging in Jewish and Zionist activities. After becoming Israeli prime minister in 1977, Menachem Begin ordered the Mossad to “bring me the Jews of Ethiopia.” 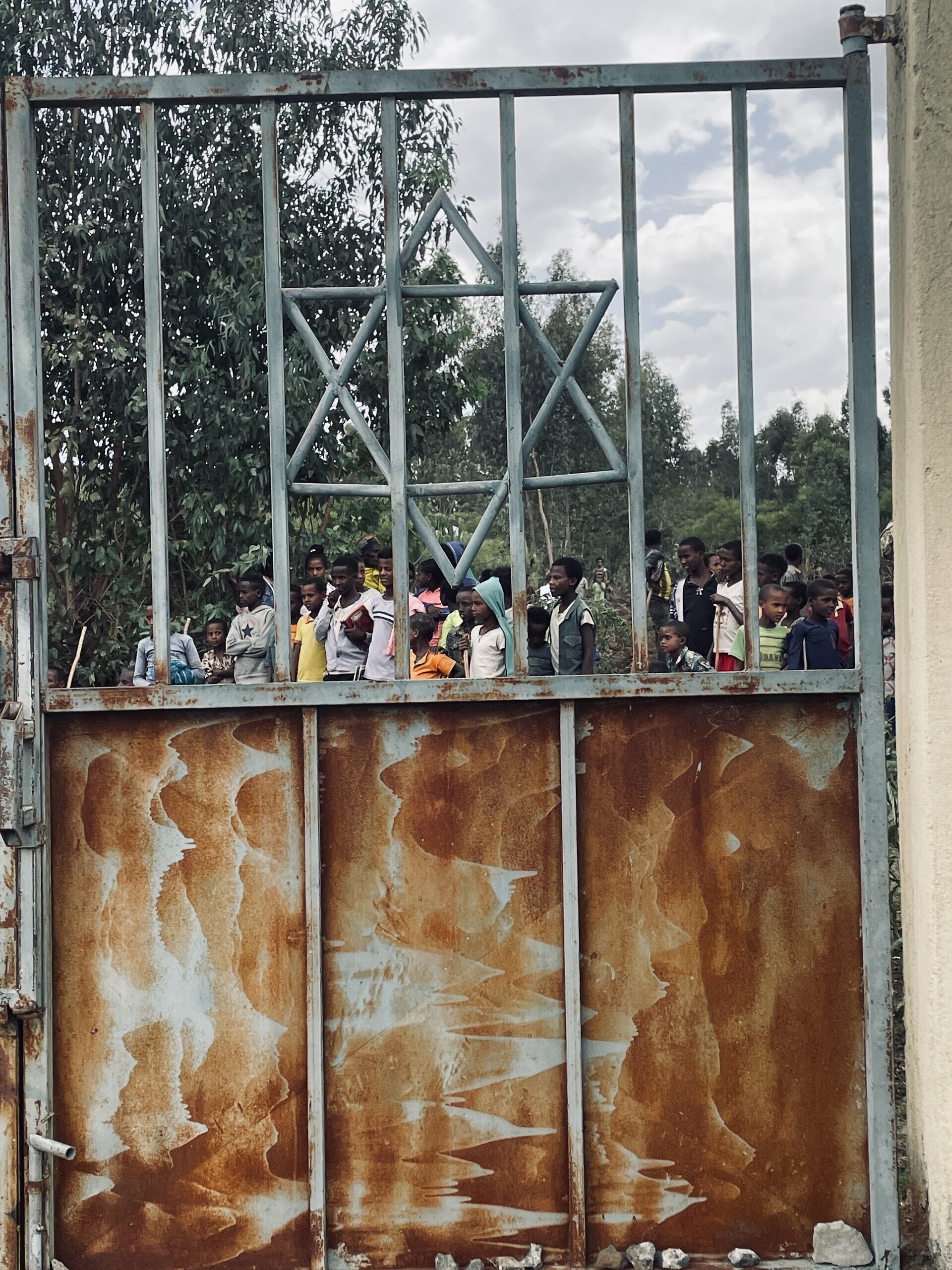 Reuniting families after decades of waiting

The Jewish Agency began to work with the Israeli government, the Mossad and the Israel Defense Forces to bring Ethiopian Jews to Israel through several operations, housing them in absorption centers upon their arrival. In the mid-1980s, “Operation Moses” aided the arrival of 8,000 Ethiopian Jews from refugee camps in Sudan to Israel, including Kanotopsky and her family.

It was then, in 1983, that she, her family and 30 others from their village heard that there was a way to Jerusalem and began the journey by foot, going from village to village at night so soldiers wouldn’t catch them trying to leave Ethiopia, which was forbidden at the time. After they arrived at the Gedarif refugee camp in Sudan, Kanotopsky lost her 3-year-old brother to illness. They waited there in the refugee camp for six months, and on the night of Shabbat Hanukkah heard a knock at their door; a group of men told them there were flights to Israel. They left everything except the Ethiopian challah, boarded a plane and left.

In 1985, “Operation Joshua,” also known as “Operation Sheba,” airlifted about 500 Ethiopian Jews from refugee camps in Sudan to Israel.

In the late 1980s and early 1990s, as many as 150,000 Jews moved near Addis Ababa to be closer to the center for aliyah activities in Ethiopia. “Operation Solomon” in May 1991 saw the arrival of 14,000 Ethiopian Jews to Israel aboard El Al and Ethiopian Airlines aircraft after American arbitration helped the Israeli government reach a settlement with Mengistu and the rebels, allowing the rescue to take place in 36 hours. 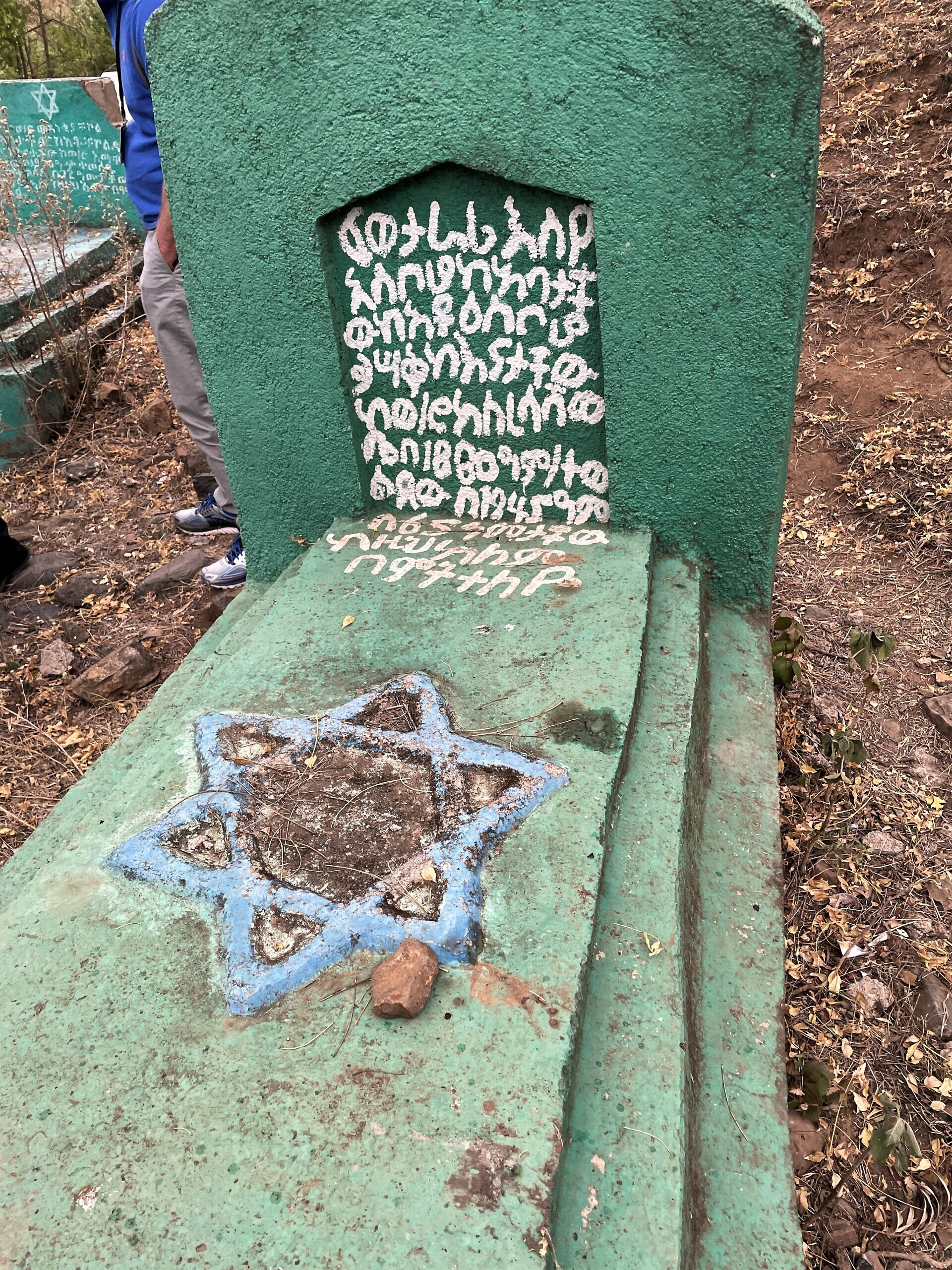 Decades passed before the Israeli government was pressured to start “Operation Tzur Israel” (“Operation Rock of Israel”), which began in December 2020 and has reunited 3,000 new immigrants with first-degree relatives who previously immigrated to Israel with more to come. The Jewish Agency has 20 staff members based in Ethiopia to prepare families and organize flights to Israel in coordination with the Ministry of Aliyah and Integration, and in cooperation with the Ministry of Interior and Ministry of Foreign Affairs.

Prior to joining the Jewish Agency, Kanotopsky has worked to change perceptions of Ethiopian Israelis, who were often viewed as “the other” in Israeli society, through employment and media. In 2018, she was selected as one of Israel’s 50 most socially influential leaders by the Hebrew-language daily Yediot Achronot.

Future trips to Ethiopia with her brother, and later, her daughter Shachar, helped her to understand that though her birthplace was beautiful, Israel was always the dreamed-of destination for her family and for tens of thousands of Ethiopian Jews who dream of Jerusalem.

In fact, she hopes to bring that message to Israel and the United States, conveying that “we are all pieces of the same puzzle.” 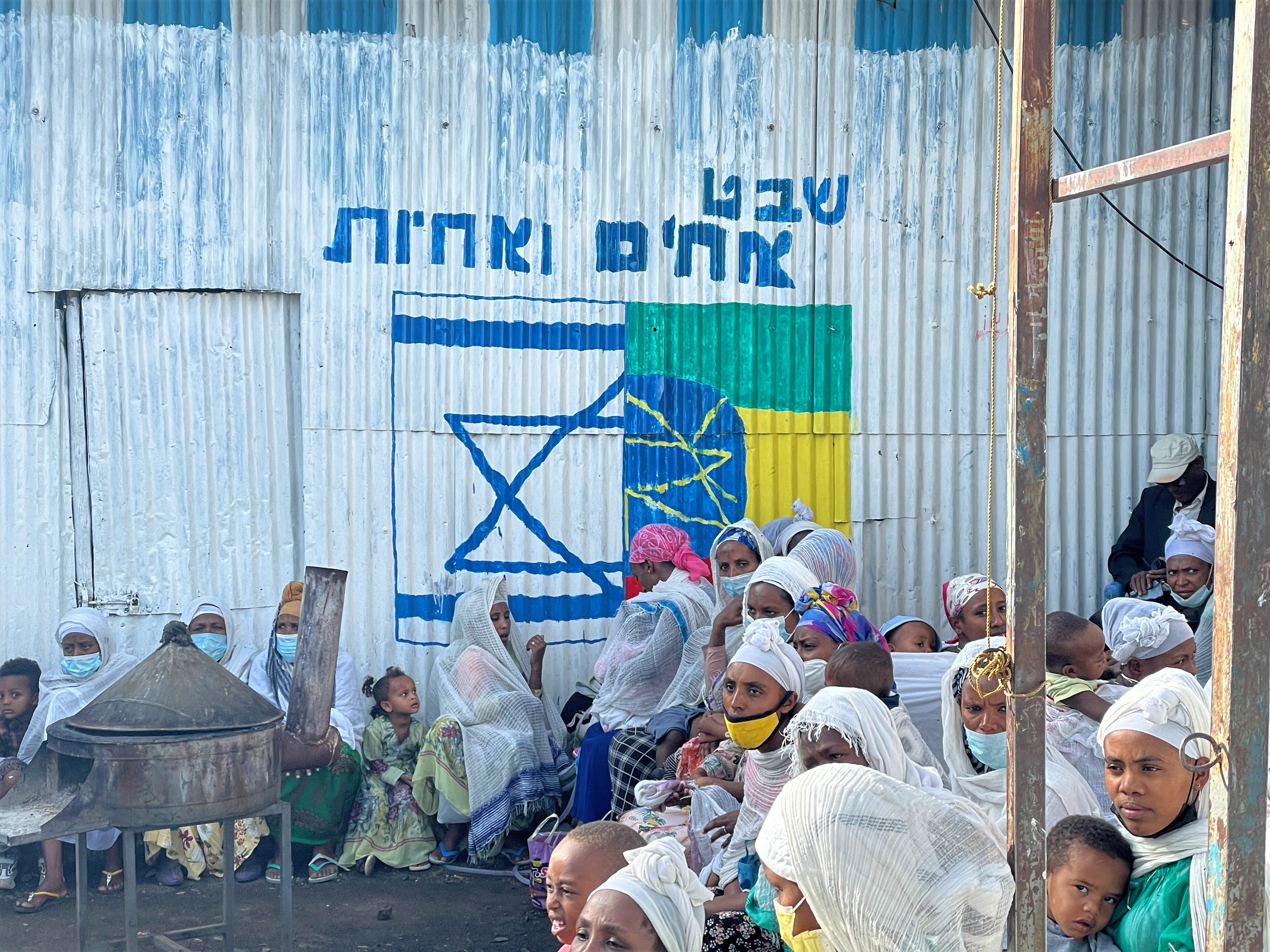 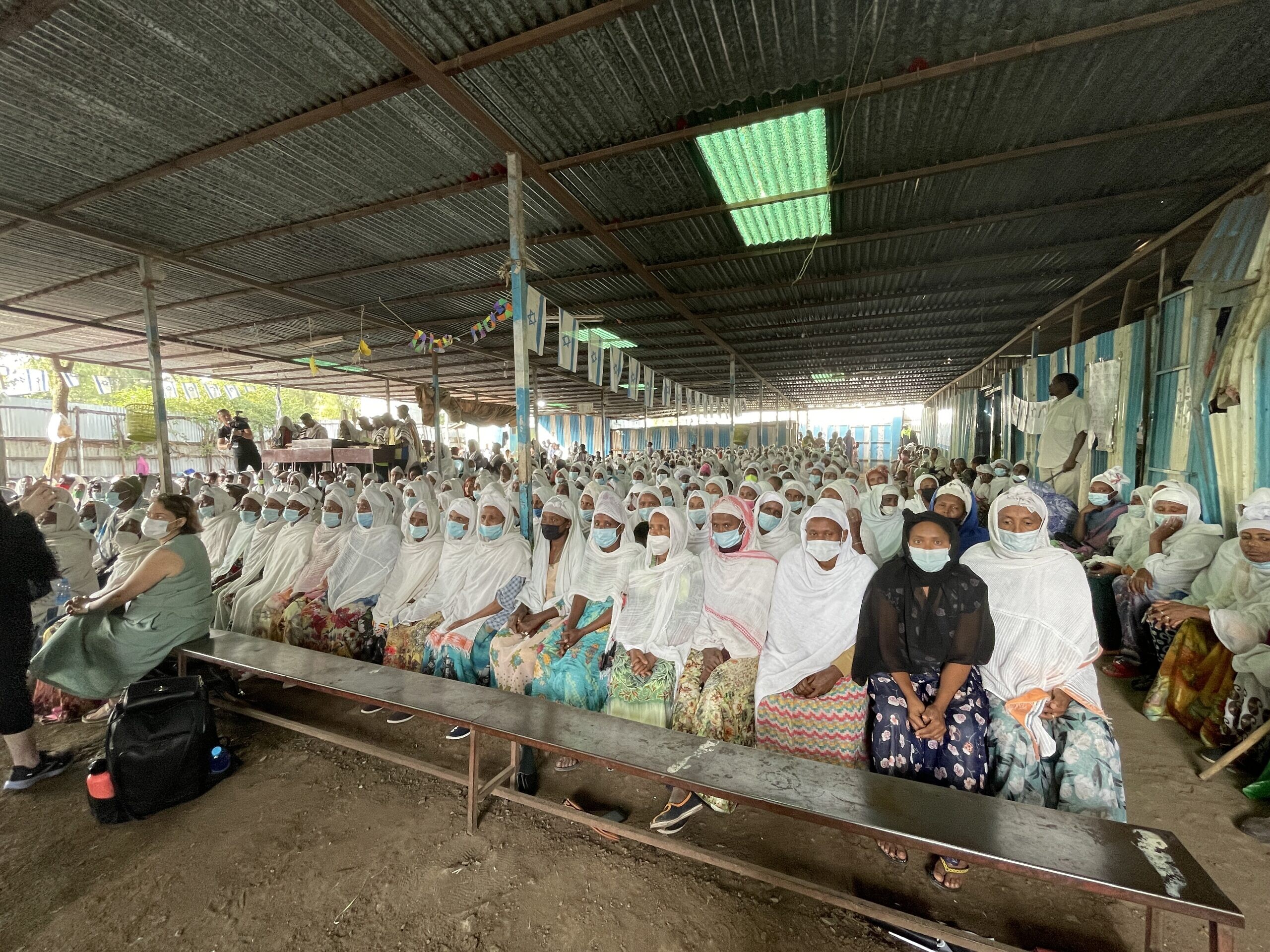 Ethiopian women gather before leaving on a flight to Israel, June 2022. Photo by Ellie Rudee.
Republish this article in your newspaper or website