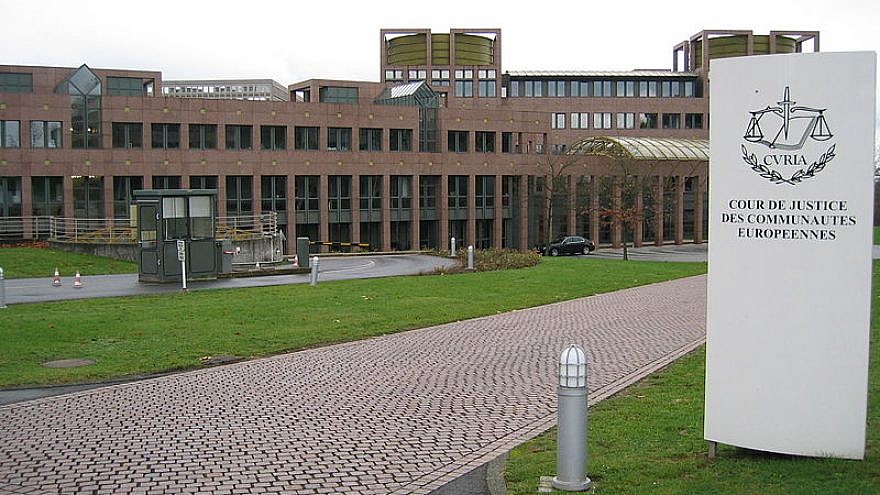 (December 17, 2020 / JNS) The European Court of Justice upheld a Belgian ban on religious slaughter, including kosher ritual slaughter without stunning, in a ruling released on Thursday.

The E.U. court ruled that the laws requiring animals to be stunned enable “a fair balance to be struck between the importance attached to animal welfare and the freedom of Jewish and Muslim believers to manifest their religion.”

The case came to the European Union’s highest court in Luxembourg following a 2017 law in Belgium’s Flanders region prohibiting animal slaughter without stunning. The ban, in relation to Jewish and Muslim slaughter, has been in effect since Jan. 1, 2019.

Animal slaughter without prior stunning is already banned in several E.U. countries, such as Sweden and Denmark, and other nations in Europe, including Switzerland and Norway.

Jewish law mandates that an animal be healthy and not injured before kosher ritual slaughter, or shechita, and that rendering it immobile (or pre-stunning it) is prohibited; hence, the animal cannot be used.

In statements, Jewish and other groups lambasted the ruling.

Brooke Goldstein, executive director of the Lawfare Project, said that “the CJEU has once again declared itself an enemy of religious minorities.”

“We are appalled by the court’s decision to explicitly endorse the persecution of minority communities in the E.U.,” she said. “Religious slaughter is a sacred practice in both the Jewish and Muslim faiths. The religious freedom of millions of Europeans has been put in jeopardy by this shameful ruling.”

Yohan Benizri, president of the Belgian Federation of Jewish Organizations, and a vice president of the European Jewish Congress and the World Jewish Congress, said “the CJEU’s decision to ignore the AG’s recommendation in this case and thus allow the ban on religious slaughter is not only disappointing but undemocratic. No democracy can exist when its citizens are denied basic human and civil rights.”

An advocate general, Gerard Hogan, said in September that the CJEU should strike down the Belgian ban. He cited that the 2009 E.U. law that animals should be stunned before being slaughtered has an exception for religious animal slaughter—an exception that Hogan said exemplified the E.U.’s belief in freedom of religion.

Daniel Schwammenthal, director of the American Jewish Committee’s Transatlantic Institute called the ruling “nothing less than a frontal assault on the basic rights and religious freedoms of Jews and Muslims in Europe.”

“Within living memory of the Holocaust, a European court not only bans a core Jewish ritual but potentially Jewish life altogether in Europe,” he said.

“This is a dark day for the Jewish communities in Belgium and across Europe, which have already been living over the past years in a constant state of emergency due to the rise in antisemitism and murderous terror attacks,” said Schwammenthal. “But this is also a dark day for all of Europe when fundamental religious rights are no longer respected.”